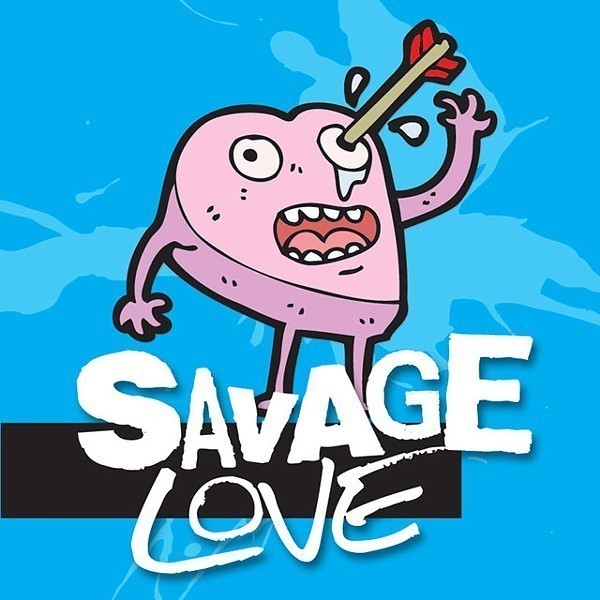 I am a bi man in my late 20s in a poly relationship. My primary partner's name is Erin. One of the rules she mandated is that I cannot date anyone else named Aaron or Erin. She thinks it would be confusing and awkward. Since those are fairly common names, I have had to reject other Aarons/Erins several times over the last couple of years. My name is very uncommon, so she doesn't have to worry about this on her side. Overall, it seems like a superficial reason to have to reject someone. Is there any sort of compromise here? We haven't been able to think of any work-arounds.

I can't count the number of gay couples I've met over the years where both men or both women had the same first name. OK, OK, it's not a parallel circumstance, I realize. But having a hard-and-fast/deal-breaky rule about names – "I can't date someone named Dan, you can't date someone named Erin, my ideal has always been to love someone of the name of Ernest" – strikes me as silly and reductive. We are not our names, and our names are not ours. (I am not the only Dan Savage out there, nor am I the only Dan Savage capable of giving decent sex advice, as my substitute Dan Savages ably demonstrated this summer.) So here's my suggested work-around, NAME: Your primary partner stops being a ridiculous control queen.

But just in case you want a second opinion ...

"This poor woman wants to make sure that when her lover cries out her name, he really means her," says Dossie Easton, co-author of The Ethical Slut: A Practical Guide to Polyamory, Open Relationships & Other Adventures. "I can understand this, but I'm wondering if there could be a work-around with nicknames – actually, that could get kind of sexy. 'Hey, Bear! Gimme a hug.' 'Ooh, Tiger, you are so fierce tonight!' In all seriousness, many lovers have very personal nicknames for each other, and perhaps that would make the 'Aaron/Erin' problem manageable."

"It sounds like Erin has that most common of polyamorous fears: the fear of being lost in the crowd," says Franklin Veaux, co-author of More Than Two: A Practical Guide to Ethical Polyamory. "Some folks deal with this by passing rules against taking a date to a favorite restaurant or forbidding certain pet names. It sounds like Erin is dealing with her fear by saying, 'Don't date any more Erins.' The problem is that names don't make you unique. Erin isn't special in NAME's eyes because of her name. But sometimes putting words on a fear is the first step toward eliminating it. She says dating another Erin would be 'confusing and awkward.' What does that mean? What are Erin's concerns? If it's only feeling awkward, well, being an adult means feeling awkward sometimes!"

It's not uncommon for people in open relationships to insist on a rule that seems arbitrary, even capricious, to their partners. I call these rules "Brown M&Ms," a reference to 1980s hair rock band Van Halen. The band's touring contract stipulated that bowls of M&Ms be set out backstage with all the brown M&Ms removed. To see if their contract had been followed to the letter – a contract that included a lot of technical requirements for their elaborate and potentially dangerous stage shows – all the band had to do was glance at those bowls of M&Ms. If a local promoter couldn't be trusted to get something simple and seemingly arbitrary right, they couldn't be trusted to get the bigger stuff right. And if the promoter didn't get the big stuff right, it wasn't safe for the band to perform.

Arbitrary rules in open relationships are like Van Halen's brown M&Ms: a quick way to check if you're safe. If your partner can't be trusted to not sleep with someone else in your bed, not take someone else to a favorite restaurant, not use your favorite/special/beloved sex toys with someone else, etc., perhaps they can't be trusted to get the big things right – like ensuring your physical and emotional safety and/or primacy. So, NAME, if obeying a rule that seems silly and arbitrary makes your partner feel safe to "perform," i.e., secure enough to be in an open/poly relationship with you, then obeying their seemingly silly rule is the price of admission.

I, like many hetero, monogamously inclined single women in their 20s, have had a difficult time finding love in the Tinder age. I've been single for two years, peppered with some mundanely heartbreaking flings throughout. Recently, I met someone at work, and we've been dating for a few months. We're emotionally and politically compatible, and he is solid and kind. The only issue is that I don't feel the level of sexual chemistry that I've felt with others. Part of me feels like, at 26, I'm too young to settle in the passion department. The other part of me feels like it's a dating hellscape out there and I'd be an idiot to walk away. Please advise.

Dating is a hellscape, SHALLOW, but it has always been thus. Before Tinder and OkCupid and FetLife came along, women (and men) complained about singles bars, blind dates, moms who gave their phones numbers to dentists and aunts who invited the mysteriously-single/obviously-gay sons of their best friends to Thanksgiving. It wasn't unheard of for people to be single for a couple of years, and mundanely heartbreaking flings have always been a feature, never a bug.

As for the guy you've been seeing, SHALLOW, if the spark isn't there – no strong physical attraction – you should bail. You say you're "monogamously inclined," and that's wonderful, and I support your lifestyle choice. But monogamy would preclude entering into a companionate marriage with Mr. SolidAndKind while Messrs. ComeAndGo meet your needs in the passion department. The monogamously inclined need to prioritize strong sexual connections (chemistry) and sexual compatibility (similar interests/kinks/libidos) right along with kindness, solidity, and emotional and political compatibility.

Gay trans boy here, into bondage but a nervous novice. I joined a gay kink site and got two serious offers. One was from a guy with almost no gear (a pair of handcuffs), and the other was from a guy with tons of hard-core bondage gear. I thought about something you said on your podcast (longtime listener!) about hard-core bondage gear – it looks intimidating and dangerous, but it's safer than shitty handcuffs – and wound up having a great first bondage experience in some hard-core gear. Thanks!

P.S. A note to other kinky gay trans boys: I got a few nasty messages from transphobic assholes, but I also got genuine offers from guys who were into me along with messages of support from some other guys. Go wherever you want and ignore the haters!

"Go wherever you want and ignore the haters" is good advice for everyone, NBB, not just kinky gay trans boys. Thanks for sharing!