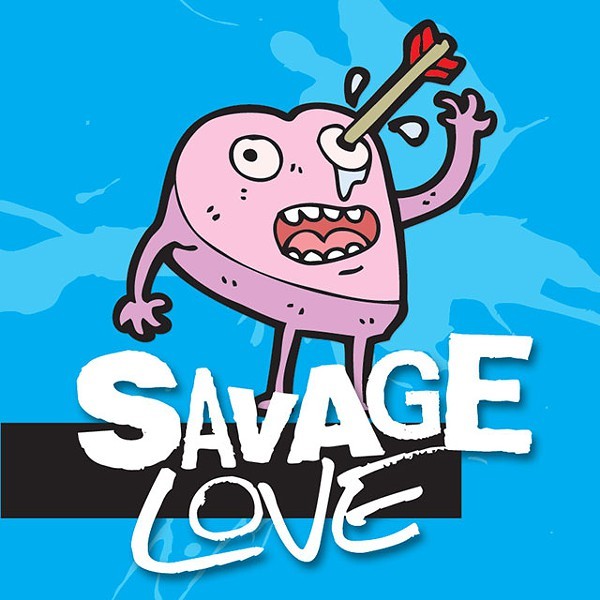 I have been happily married for 12 years. I'm deeply in love with my wife. I used to be jealous, but about six years ago, I lost my feelings of jealousy. In their place, I developed a strong desire to share my wife with other men. It's my only fantasy. She knows about this, but she says it's wrong. I never asked her to actually do it. Am I wrong for feeling this way?

And if you're the optimistic type, ASHAMED, you can opt to hear, "It's wrong for me at the moment." There are lots of women out there happily cuckolding their husbands – or happily playing the role of hotwife – who rejected the idea when their husbands first shared their fantasies. Don't allow yourself to be shamed – "It's not wrong, honey, but I understand it's wrong for us" – and don't pressure your wife to do it, and she may surprise you one day.

My boyfriend and I have been together for two years. I moved in a year ago, and we have been happy living together since. During the past year, I've come across a lot of his ex's old belongings – letters and pictures. It's not like I snoop. He's kind of a hoarder, and I frequently find this stuff tucked in books or drawers. It's starting to frustrate me. I long ago threw away most of my ex's things, and the stuff I did keep is stored in a box that's out of sight and mind. I don't necessarily want him to throw all this stuff away, but I want to feel comfortable in our shared environment. I also want to be able to think about our life together and not his past. How do I communicate this?

I'm like your boyfriend – not a hoarder, but definitely a tucker. I tuck letters and photos and other keepsakes into books, stuff them in the backs of drawers, set them on shelves or beside the rest of the tchotchkes. I do this because 1) I'm not organized/depressed enough to scrapbook; and 2) I like running across old photos or letters when I'm looking for something else.

Perhaps your boyfriend feels the same way – or maybe your boyfriend is a hoarder and a slob. Either way, EVIDENCE, my advice is the same: Own up to your insecurities – tell him that there's nothing about his past that should prevent you from enjoying your present – and then ask him to make a reasonable accommodation. Tell him you would like to place his ex's pictures and letters, as you run across them, into a box that's clearly labeled and easily accessed, but out of sight and mind.

If he says yes, EVIDENCE, take that yes for an answer. That means putting whatever you find away, refraining from griping at your boyfriend about the stuff he chooses to hold on to, and reassuring yourself that a day will soon come when your shared environment is completely ex-proofed.

Mom came for a week and snooped. She found our bondage stuff, just a set of cuffs and a blindfold, and completely lost her mind. What do we say to her?

I am a wife and a cuckold. I'm turned on when my husband sleeps with other women. I have wanted to pursue these fantasies pretty much for as long as I have been in serious relationships. My husband and I have been married for four years, and we worked hard to get to where we are today, learning how to communicate and setting rules. Lately, though, my feelings are changing. While we do all our communicating with other women in group-chat settings, my husband has more free time than I do. Some days I wake up to literally hundreds of message exchanges, and I can't get a word in. Making it worse: I oftentimes have to talk to him about mundane things, like bills and what we are having for dinner, while his conversations with other women revolve around hot sexts. We have better sex than ever, and I come harder, faster and more often after he has been with another woman. But I am not sure how to reconcile these feelings of jealousy and inadequacy. I worry that he's thinking, "What am I doing with her when I could be by myself and get all the pussy I want?" I do not want to quit seeing other women, but I do not know how to balance my fears and jealousy.

Trouble In My Intense Desires

Okay, TIMID, let's make a list of everything your husband would lose if he dumped you: love, stability, history, family, intimacy, hot sex and someone to co-tackle the day-to-day crap (cleaning, bills, dinner) that he would otherwise have to tackle all by himself. He would also lose a wife who's happy to let her husband fuck other women – lots of other women – and those wives are few and far between. I'm not saying you're wrong to feel insecure, just that you have more leverage – and more value – than you seem to realize.

Inform your husband that these feelings of jealousy and inadequacy – which are fueled by his thoughtlessness and inconsideration – are putting your arrangement and maybe even your marriage at risk. Your cuckquean marriage, which he ought to regard as a paradise, is only gonna work so long as you feel included (in the fun) and secure (in his commitment). Tell him he has to cut way, way back on the sexting, which has gotten way the fuck out of hand, and that he has to make an effort to include you more, or he risks getting cast out of paradise.