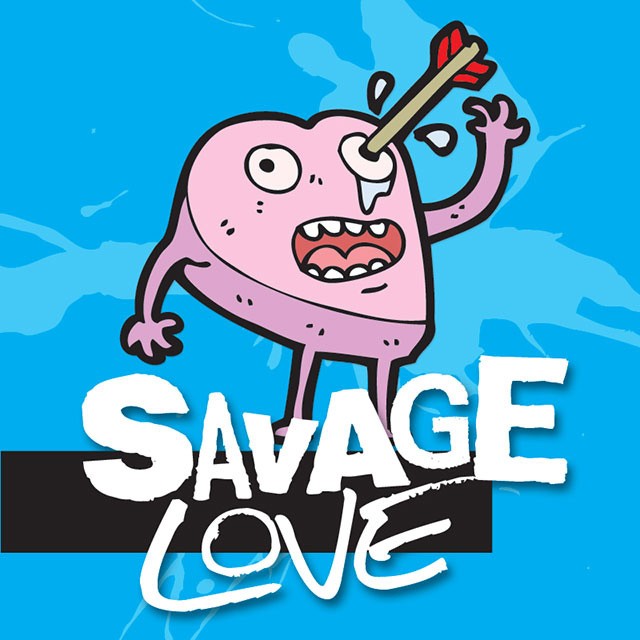 I’m a bi woman in my mid-20s in a great monogamish relationship with my straight boyfriend. We occasionally invite other women into our sex life, which is really enjoyable for both of us. On the occasions when we find a lady we’re both into who’s also into us, anything goes, and it’s awesome. We’ve hooked up with both friends and strangers, but always as a couple because it makes us both feel safe. That’s all lovely.

Enter the problem: I was visiting some friends of ours I used to live with before my boyfriend and I moved in together. After going out for drinks, we were playing an alcohol-fueled card game that turned into an alcohol-fueled strip card game. This is in my former home where I am very comfortable, feel safe and was frequently in various states of undress while I was a housemate. One friend soon had her lovely breasts out, and she made a few comments that were direct and inviting and turned me on a little. I touched her boobs and sucked on her nipples, but that’s as far as things went. Her boyfriend witnessed this but wasn’t involved. It was a fun, playful moment, and soon after, I went to bed – alone. It wasn’t anything my boyfriend would’ve objected to had he been there, but he wasn’t there. Should I tell him about it, or is this a case where he has the right not to know?

I’m not interested in pursuing anything further with this friend, and I’m not sure what talking about it would accomplish, other than being honest at the expense of my boyfriend’s feelings, and probably making me feel bad for something that, although it seemed innocent and harmless in the moment, I shouldn’t have done.
Non-Intentional Playful Partying Lady Experiences Situation

You indicate that this couple – the girl with the lovely, direct and inviting breasts (LDIBs), and the boy who witnessed the touching and sucking of said LDIBs – aren’t just friends of yours, NIPPLES, but friends of “ours.” If either of them makes a reference to this game of strip cribbage the next time the four of you hang out, the boyfriend could be blindsided. And it’s not clear whether there were other witnesses to your drunken touch-and-suck. But if there
were others there, and if you socialize with these other witnesses IRL or online, the chances that your boyfriend will find out increase exponentially.

You know your boyfriend better than I do, so you’ll have to ask yourself if finding out about the incident at a party or via a snarky Facebook post would leave him feeling twice as upset.

How stupid would it be to sleep with my boss’ gorgeous 18-year-old son? My boss has become a mentor to me. He and his wife have welcomed me into their home, which includes their aforementioned son, a high-school senior. I am a 23-year-old woman. Normally, I wouldn’t sleep with anyone younger than 20. But besides being very attractive, my boss’ son is funny, kind and sweet. He’s also incredibly horny and has some serious unexplored kinks that most girls his age have no interest in. I want to spend the next few months fucking my boss’ son – bearing in mind and honoring, of course, your campsite rule. Here are the two problems as I see them: 1) Fucking around with your boss’ kid seems a surefire way to seriously wreck your relationship with your boss. 2) He is still in high school.
Sex Or Not

1) Fucking your boss’ kid seems like a surefire way to get your ass fired, and depending on what field you’re in, fucking the boss’ son could seriously derail your career. If, you know, you manage to get caught. But if you do decide to fuck the shit out of a gorgeous, funny, sweet and kinky adult who happens to be your boss’ son, well, you wouldn’t be the first person in human history to risk everything for sex. As Mark Twain observed more than a century ago: “The human being, like the immortals, naturally places sexual intercourse far and away above all other joys – yet he has left it out of his heaven! The very thought of it excites him; opportunity sets him wild; in this state, he will risk life, reputation, everything – even his queer heaven itself – to make good that opportunity and ride it to the overwhelming climax.”

2) He is an adult – who is still in high school. You are not that far out of high school. Math is hard for me, but according to my calculations, you’re not that far apart in age. You might be sabotaging your career, but you wouldn’t be robbing the cradle.

3) The campsite rule for new readers: The older and/or more experienced person in a sexual relationship with a large age and/or experience gap is obligated to leave their younger and/or less experienced partner in better shape than when they found them. That means no sexually transmitted infections, no fertilized eggs, no unnecessary drama, and no unnecessary trauma.

Find the Savage Lovecast (my weekly podcast) every Tuesday at savagelovecast.com.