I am a 22-year-old college grad who has been living at home for the last year. 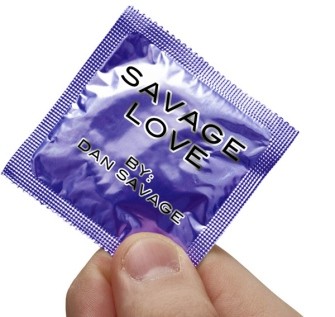 I am a 22-year-old college grad who has been living at home for the last year. My parents are divorced, so I’ve gone back and forth from one place to the other. The other day, I was using my father’s computer, and the history came up on the search engine. It turns out that while I am in the house, my father views pornography that involves incest fantasies. I felt quite disturbed by what I saw – it made me physically sick – and I’m wondering if I should continue to have a relationship with my father.

In a week, I start a new job in another country – so I can get away from him for a while and think about my options. What should I do? Should I tell him that I know about it and that I’m not interested in having a relationship with him anymore? Do I tell my friends or family? Should I trust what my gut is telling me and pack up, jump in a cab and never talk to him again?

There are people who are turned on by incest scenarios – hypothetical dads seducing hypothetical daughters, fictional moms seducing fictional sons – who are nevertheless revolted by the idea of actual incest, i.e., nonhypothetical fuck sessions with their own nonfictional family members. Many of these incest fetishists have sent me letters over the years, wondering what’s wrong with them. Or wondering what’s right with what’s wrong with them, I should say, as they’re turned on by incest fantasies but not, as they’re invariably relieved to add, by incest realities. So what gives?

It’s the thrill of violating a taboo, not a child; it’s the power dynamics that have been eroticized, not the parental dynamics – but that’s for another column. You wrote because you don’t know what to do about your dad.

Don’t say anything to your father or to anyone else. You no longer have to live with your father – or use his computer – and I see no need to terminate your relationship with him, or to go nuclear on his reputation, over a deeply creepy kink that your father neither asked for nor has ever attempted to act on.

1. Thirty-year-old gay man here. I was briefly dating someone until he was a huge asshole to me. I have since not had any contact with him. However, I have been Facebook stalking him and obsessing over pictures of the guys I assume he’s dating now. Why am I having such a hard time getting over him? Our relationship was so brief! He’s a major asshole!

2. It may help you to know that I lost my virginity by being raped when I was 19. I started dating only last year, because I thought sex was scary and never wanted to feel like that again and/or make anyone else feel like that. (The guy who raped me went on to become a born-again Christian!) This guy is only the second person I’ve ever dated. Do you think that’s relevant?

3. I used to have stretched-out earlobes. When I took my plugs out, I did get “earlabia,” but only for a few days, and then they closed up and no one really noticed.

1. I can’t know for sure! But it sounds like you might still have feelings for this guy! Just a hunch!

2. I’m sorry that your very first sexual experience was so traumatic, and indeed it strikes me as relevant. You were violated and powerless during your very first sexual experience and now, 10 years later, your relationship ended in a way that left you feeling violated and powerless. Stalking your ex on Facebook gives you a feeling of power over him, but that power is bogus, stalking him is making you miserable and it’s pushing back the date that you’re finally over this guy. Knock it off.

3. You’ve given me hope for all the otherwise cute boys I see wandering around with stretched-out earlabia.

Hipster boys! Keep stretching your earlobes! I’m a hipster girl and stroking the silky texture of a nice stretched-out set of earlobes gets me insanely wet. And tongue-fucking a stretched piercing is enough to bring me most of the way to orgasm. If there are chicks with a kink for something, then surely there must be dudes who have a kink for it, too.

I stretched my own earlobes 20 years ago for mostly sexual reasons. I like the way it looks, but I did it primarily because I get off on having my ears fondled and licked. I figured that if someone licking the outside of my earlobe felt so good, imagine if someone could lick the inside of my earlobe! Now they can – and it’s bliss!

I’m not saying you have to change your mind, Dan, because YKIOBINMK – your kink is OK but it’s not my kink – but I was disappointed that you would come out so strongly against stretched-out earlobes. You’re always defending lesser kinks. Could it be that you were unaware of mine?

I know enough about sex – and enough about kink – to know that if something exists, someone out there somewhere is perving on it. And if a particular something is made of human flesh and has a hole in the middle of it, someone out there somewhere is sticking fingers, tongues, dicks or gerbils in it, making sex tapes while they do it and then posting the video on the World Wide Interwebs for all to enjoy.

Somehow it didn’t occur to me that there were earlabia fetishists out there, so I appreciate – kindasorta – you taking the time to clue me in. While I may disapprove of silky, stretched-out sets of earlabia, YEAH, I will defend to the death your right to tongue them.

You’re going to catch hell for yourearlobe observation, but I have to add this: I worked with a young man who decided that gauging his earlobes to the max was a sexy thing to do. When the look got old, he took the plugs out. Because of the size of the plugs, the holes in his ears would not close. He had to have them surgically cut and stitched, which made his ears look somewhat deformed. The cost was $800, and it wasn’t covered by insurance.