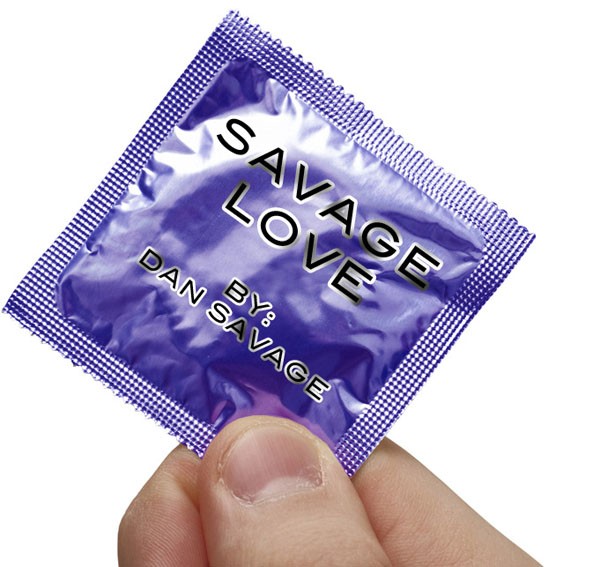 My wife and I have been married for a few years and are expecting our first child. I'm really into the idea of being sprayed with my wife's breast milk. The other night, she was fretting about when her boobs are going to start leaking. This seemed like a good time to bring it up, so I told her about my newly discovered lactation fetish. She freaked out – her comments were along the lines of “Gross!” and “That's not what that's for!” This is something I'd really like to explore, but I don't know how to reapproach the subject.

Not all pregnant women, however thrilled they are about having children, are excited about – much less excited by – the physical changes that come with pregnancy. So you might wanna keep your mouth shut until your wife has some time to get comfortable with her new boobs and their new milk-producing superpowers.

Once the kid is out and the milk is in and your wife has fully recovered from the birth experience and you start fucking again … you should probably keep keeping your mouth shut. The wife won't have forgotten that conversation, and if she comes to see her breast milk as a bodily fluid like so many others, i.e., one of those fluids that adults sometimes share during sex, perhaps she'll warm to breast-milk splatter play.

But don't take my word for it, MILK.

“Before I had a baby,” said a new mother I shared your letter with, “I would've had the same reaction – gross! I would've wondered if my husband has unresolved mother issues. The idea of sexualizing a bodily secretion that's designed solely for my infant? That seems a bit taboo. But now that I've had a baby, my reaction would be somewhat different.”

“It can be a challenge to feel intimate after childbirth and as sleep-deprived new parents,” said the new mom. “So I'd perhaps shrug and summon my new mom mantra: whatever works.”

I am a 25-year-old lesbian. I've beenwith men before, but I never really liked it – penises freak me out. My coworker recently asked me to have a threesome with him and his boyfriend using a strap-on. I'm intrigued. They're both very attractive, and I would like to try it, if only for the story. But I'm worried that TWO penises will really freak me out. I also worry that my strap-on skills, while great for the ladies, would bore two 6-foot-2 gay men. Do you think I should do it? Can you recommend a way to get over my penis fear? Is it a bad idea to try this out with a coworker?

I think you should do it – and you knew I would think you should do it, which leads me to believe that you wanna do it, otherwise you would've written to any one of the hundreds of don't-do-it advice columnists out there. (Prudie would've made some great assfucking puns but almost certainly would've told you not to do it.)

Office affairs can get messy, but the messes are likelier when the romantic stakes are high. As long as you're both mature enough to separate your work relationship from your strap-on relationship, I don't see why you shouldn't satisfy your curiosity, theirs and mine.

Tell the boys in advance that dicks scare you, let them know there might be some nervous laughter and remind them before you start not to point those things at you. Then enjoy, take pics and send a full report.

I spent a long time in a relationship with a wonderful man who had a very low libido. I know how challenging it can be when you are not sexually satisfied in a relationship. I have started seeing a new gentleman. After several weeks, he confided that he enjoys being defecated on. I told him I didn't know that I could accommodate him but I didn't think any less of him. He seemed relieved that I wasn't judging him and genuine when he said he wouldn't want me to do anything I was uncomfortable with. I am wondering if by denying this kink I am being unfair, or worse yet, leaving him feeling unsatisfied in the way my ex made me feel. He has not pushed it, but I want to know if my refusal to do this negatively impacts my GGG assessment.

No, CSE, it does not. People should be understanding, indulgent and GGG – “good, giving and game” – and a partner's reasonable fetishes, kinks and quirks should be accommodated. A thing for feet or crossdressing or bondage? Totally reasonable! Accommodate away! A thing for shit or animals or seitan? Unfuckingreasonable.

It's wonderful – I suppose – that your boyfriend felt safe enough with you to share this info, and he's probably thrilled that you didn't, er, dump him on the spot. (Prudie could've come up with something better.) But the Internet was invented expressly to remove guys like your boyfriend from the dating pool. Kink personal sites make it possible for people with unreasonable fetishes to find partners who share their unreasonable fetishes. That you're still seeing him, and calling him a gentleman, is the best he could hope for from someone he didn't meet on a shit and/or seitan fetish website.

I'm a 23-year-old male who is bi-curious/pan-curious/post-gender-curious. I have recently found myself attracted to penises, but I don't feel like I'm attracted to any specific men. If you showed me a cropped shot of a hard cock, I'd get aroused. If you showed me a picture of the whole guy, no arousal. Many of my friends are very into the post-gender/post-modern cultural-studies mind-set. In college, a time in my life when I felt no arousal looking at male genitalia, they mocked me for considering myself straight. I'm wondering if the disconnect of attraction toward the male sex organ but not men is the product of simply training myself to break down the assumed straightness I've spent most of my life living. I am fairly picky, but I meet many women I am attracted to. I really like the general idea of having sex with a guy, just not any specific one. Am I just trying to be a sexual tourist? Am I valuing queerness for the sake of it? Maybe my trepidation toward sex with a man is from the general societal constraints put on male-on-male loving?

Or maybe you're straight.

Accept that you're straight, COLD, pursue the women you're attracted to, and stay the hell away from heterophobic post-gender/post-modern/pan-sexual cultural-studies majors whose immaturity, self-loathing and anger all manifest in a refusal to accept that a good guy can also be a straight guy.