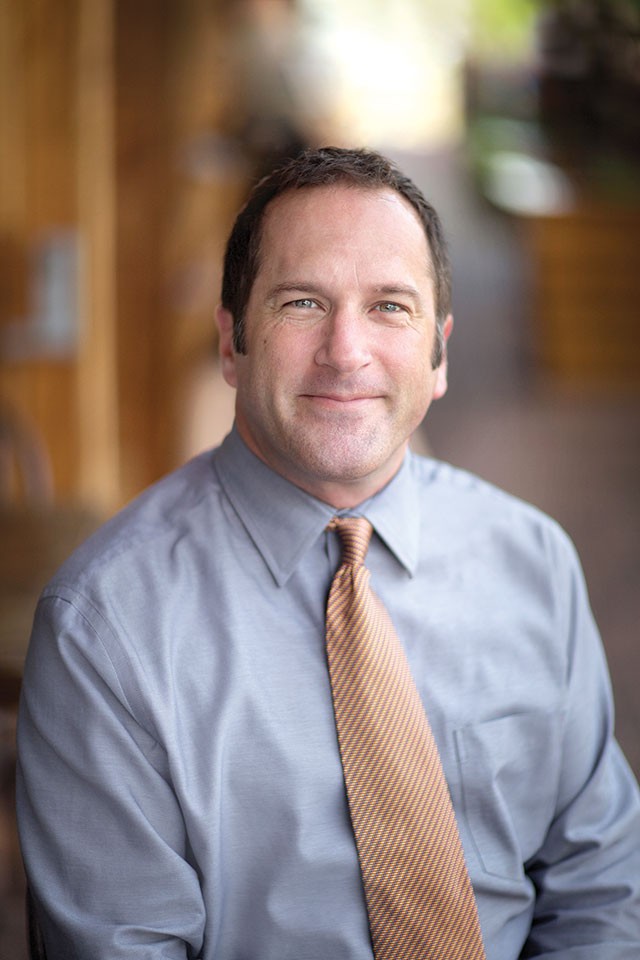 Last week it was announced that Ivanhoe Village Main Street was losing its executive director, Scottie Campbell, who has been instrumental in organizing popular neighborhood events like Jingle Eve and the Bike Valet program. I conducted this interview with Campbell a week before he departed his post.

Live Active Cultures: What was your background before joining Ivanhoe Village Main Street?
Scottie Campbell: I came to Ivanhoe Main Street while I was working for Orlando Ballet as their marketing and sales manager. … I thought if you are going to build an audience, it seems like the first place you should look is your own neighborhood, and at the time they were housed in the building that we now call the Historic Ivanhoe Building [formerly the Dr. Phillips Performing Arts Center]. I thought that the Ivanhoe Main Street would be the best way to connect the ballet with the neighborhood, and I became a board member. Out of that, they asked me to interview for the executive director [position] two years and seven months ago.

LAC: What was your role as executive director of Ivanhoe Village Main Street?
SC: As a Main Street manager, you’re the only employee and everyone else involved is a volunteer. The national Main Street model has this thing they call a “four-point approach” which is a holistic way of looking at community-building. Those four points would be design, the aesthetics of the area; business development, giving merchants the tools they need to help their businesses grow; promotion, which includes branding [and] promotion of the area; and organization, which is the boring nuts and bolts of membership and governance of the board.

As executive director, you oversee all of those operations, so you have to know or learn about all of those different things.

LAC: What were your biggest accomplishments with Ivanhoe Village?
SC: First thing that comes to mind is restoring the holiday sign on top of the Ivanhoe building. That will now be a tradition every Jingle Eve. Interestingly enough, that grew out of the fact that I worked in the building; that’s how I discovered the sign was still up there and I sort of instigated that whole thing. … In addition to restoring a tradition, it’s also going to help, I believe, to preserve that building. It will call attention to that building.

The second would be all the new business, the different types of businesses that have come into the area. I think where I have been most helpful is in connecting the dots with people. Getting a phone call from Blue Star [current owner of the Venue] saying, “Something’s telling me I should check out Ivanhoe Village.” She was, I think, a day away from signing a lease on another property … now I think having her in the neighborhood is helping to change the face [of Ivanhoe].

LAC: Why are you leaving your position?
SC: They [the Ivanhoe Main Street board] are trying for a time to not have a manager, so I think if you do the math it’s a cost-savings measure. … They felt that I was the strongest executive director that they’ve had, so it’s amicable on both sides. Ivanhoe Village has always had a challenge raising funds. We are very lucky to have the support of the city, but it’s only a portion of what’s needed, and even to get that you have to match a certain amount of money. As I understand it, they can go for up to 120 days without having a manager, and the hope is to strengthen the coffers during that time.

LAC: What advice do you have for the next executive director?
SC: The most challenging thing for the next person who comes into the office is to keep the board members focused on fundraising. … You have to look out for the people who are just joining to build their résumé. … There needs to be a strong board and a working board.

LAC: What happens to Ivanhoe Village’s activities once you leave?
SC: The office is still there, [so] we’ll be able to continue the close relationship with Orlando Fringe. As to who is handling what while there isn’t an employee, I don’t know … to be honest, I’m not sure [the board] completely knows.

LAC: What’s next for you?
SC: I’m not sure of specifics, but I think this experience has given me the confidence to do my own thing. It’s possible that within the next year or so I may wind up as a business owner myself. I’m kind of excited about whatever the next adventure can be.

Maybe I’ll be running for an office at some point, who knows!