I remember eating jerk chicken pasta – a heavy, creamy, spicy mess of a plate – at a Bahama Breeze shortly after moving to Orlando. I didn't pay much attention to the fact I was eating Jamaican cuisine mashed up with Italian fettucine alfredo, a dish that itself incorporates noodles borrowed from China. But when I eat the version of jerk chicken pasta from Seana's ($12), a restaurant touting its Caribbean and soul food cuisine, I can't help but think how such a dish would go over in, say, Florence or Hong Kong.

I don't dwell very long on the thought, though, because my eyelids are getting heavy, just like they did the following day when I took some of that leftover jerk chicken and tossed it in Parmesan cheese, leftover birria broth from Hunger Street Tacos and spaghetti. It was amazing, largely because of that broth, but the point I'm trying to make, dear reader, is that I'm very good at rambling sentences – and that fusing seemingly disparate ingredients can be a flavorful exercise in fun. And that each offering from Seana's, be it apple-butter chicken ($11) or ribs ($16.29), is as sleep-inducing as the next.

Seana's (pronounced "Shauna's") is just a name that owner Joshua Johnson liked and latched on to when opening his comfort-food restaurant. His brother Corey is responsible for whipping up Seana's mix of island fare and Southern classics. "He's Michael Jordan and I'm Scottie Pippen," is how Joshua describes their relationship, and the same could be said about the turkey wings ($12) and smoked collards – the fat, gravy-smothered flappers and wet peppery greens was a pairing of winners. White rice was also served, which, I guess, made it the Steve Kerr or Toni Kukoc of the platter. Last dance? Bah, the dishes here are worthy of the big dance, though I couldn't imagine hoisting a trophy after an order of oxtails ($18) slathered in a dark, subtly sweet sauce served over yellow rice with sweet plantains and liquid-gold mac & cheese. It was game over after downing just half a portion. I followed it with a couple of swigs of the rum punch ($7), aka "Jungle Juice," and it was lights out.

"Hey! You haven't eaten the fish!" said the wife from across the table, jolting me out of a half-daze. She was right, the fried snapper ($18.50) stuffed with onions, garlic and thyme was the one dish I looked forward to the most.

I started picking away at the crispy skin thinking a few bites would be all I could manage. But I couldn't stop. I picked clean one side (interspersed with forkfuls of Southern-style cabbage) before flipping the fish and picking clean the other side. "I guess you really liked the fish," she said as my forehead drooped to within inches of the fish's skeletal spikes. "Huh?" 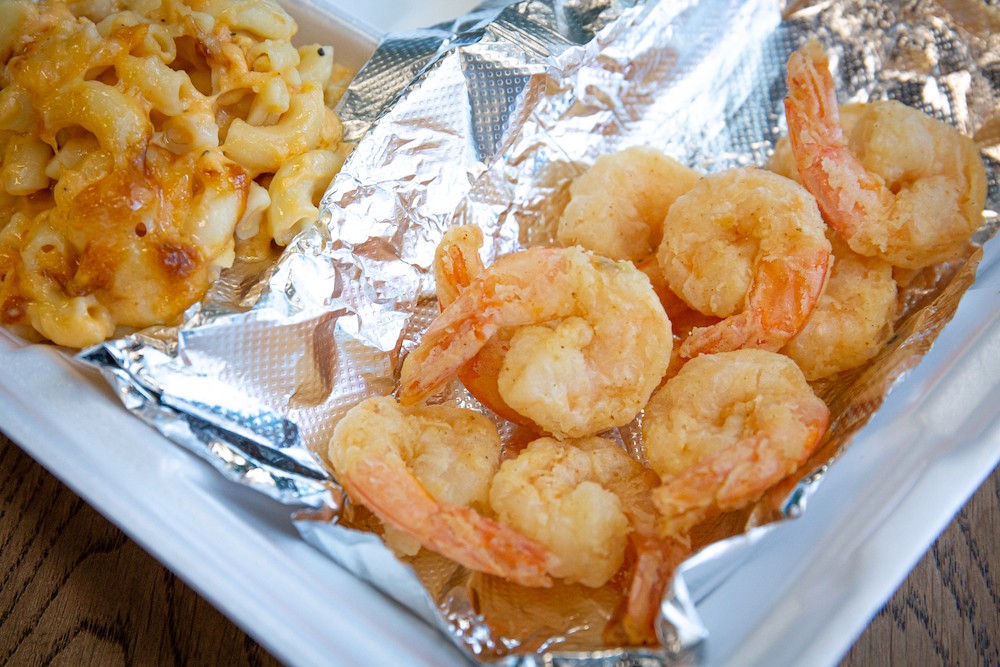 Johnson warned me that people want to go to sleep after they eat at Seana's, and the man wasn't kidding. So I'll say sweet dreams for now – but when you get up, do yourself a favor and get woke on the plight of black-owned restaurants like Seana's. I'm sure you'll find it eye-opening.