Selections: Our picks for the best events for the week of April 29-May 5

If you’re still singing singles from Jagged Little Pill into your hairbrush on occasional mornings (or self-pitying/self-indulgent evenings, not judging), you should head (over feet) to Hard Rock Live for Alanis Morissette, who comes to town for an acoustic evening this week. (Be warned: Tickets are kinda pricey.) Morissette took a break from music and touring after her 2012 release, Havoc and Bright Lights, and last year announced the Intimate and Acoustic tour to the delight of super-fans (one hand in their pocket, the other one crossing fingers behind their backs that long locks were not lost for good). Reviews and leaked setlists from the limited dates she’s performed suggest it’ll be a promising night where she strums through the hits in a more sensitive setting. Catch her now before she’s really gone. - Ashley Belanger

This spring, Tigers Jaw released Charmer, securing their transition from pop punk to indie rock. They’ve come a long way since their first album, Belongs to the Dead, released by Summersteps Records in 2006. Since then, three original members have left the band, leaving only Ben Walsh and Brianna Collins to keep the group together (but don’t fret – their old mates didn’t ditch them before the new album’s release). Their sound has changed over the years as the band has transitioned out of pop punk and manifested into indie rock. Sure, “Nervous Kids” sounds close to their older stuff, but “I Envy Your Apathy” pretty much pinpoints their current aesthetic. If you’re looking for a trip down nostalgia lane, this is definitely the show for you. With songs about permanent scars, facing attackers and a cruel and cool world, these haunting tunes are bound to strike a nerve that’s been buried for a while. – Haley Cannon

Though the newest entry to the city’s list of vinyl purveyors technically opened a few weeks ago, tonight is their real, full-fledged inaugural soiree. The shop caters to the hard-core collector, offering deep cuts and first pressings with an ear toward the funk, soul and jazz sections of the musical spectrum. To highlight that, the guys who run the shop have invited Atlanta’s DJ Kemit (formerly of the ’90s conscious-rap collective Arrested Development) to bring his all-time favorite records for an illuminating set bound to mix up genres and keep the walls thumping. Definitely get there early, though: Local DJs Brooklyn Dusty Fingers and Spreadsheets spin their best pre-party jams while free food and refreshments are served. – Thaddeus McCollum 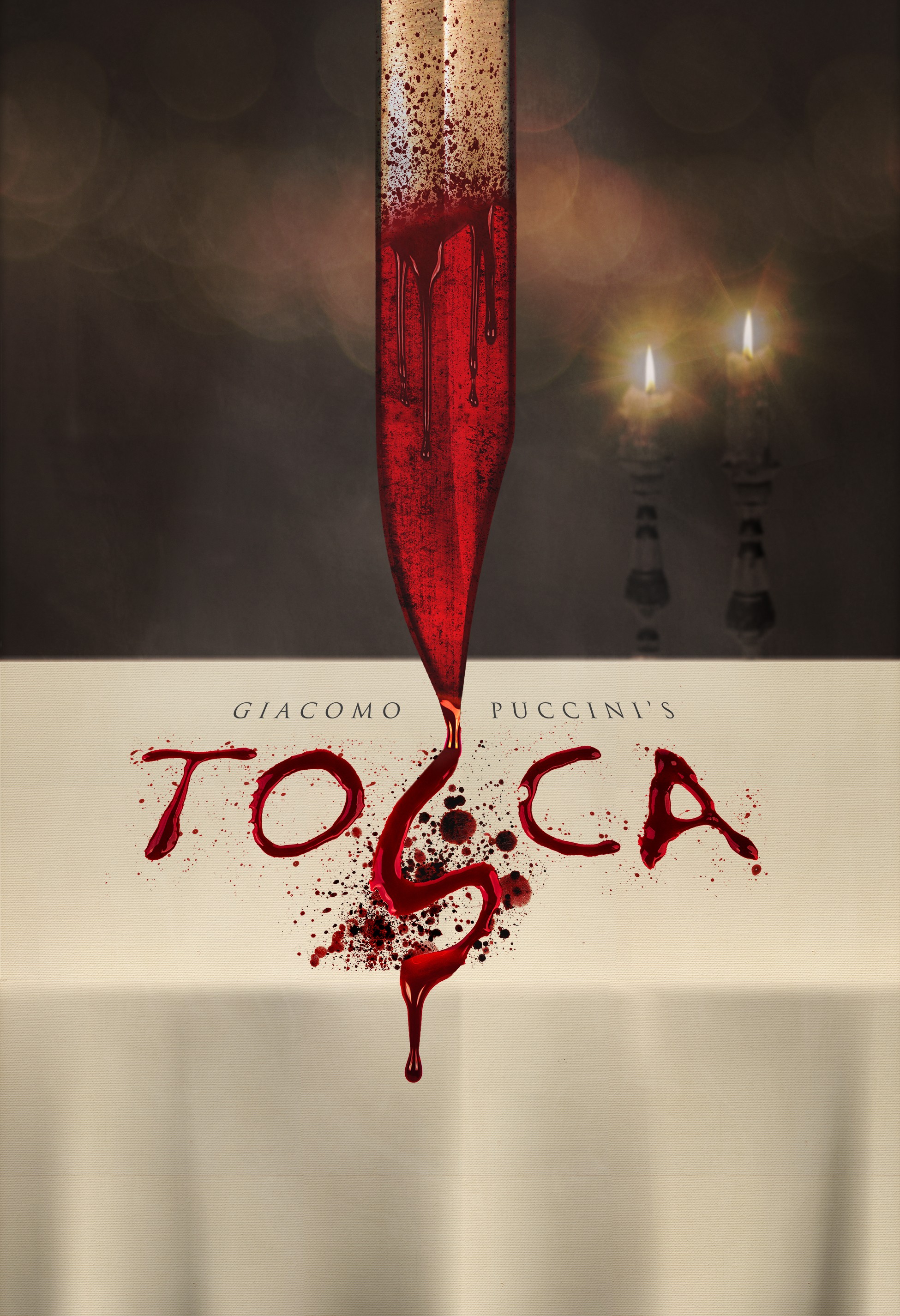 The Orlando Philharmonic Orchestra presents one of the biggest opera events of the season this weekend, as they perform Giacomo Puccini’s beloved opera Tosca at the Bob Carr Theater with the assistance of Florida Opera Theatre. This fully staged production will keep you on the edge of your seat as you’re taken on an intense roller coaster of a love triangle between the beautiful singer Tosca (Keri Alkema), her lover Cavaradossi (Adam Diegel) and a deceitful, lusting police officer, Scarpia (Todd Thomas). – Luis Vazquez

It’s hard to believe in our post-camera-enabled smartphone culture, but there was a time when the only way to know what a certain species of animal, insect, plant or whatever looked like was to check out detailed drawings made by people who actually had seen that thing. Though scientific illustration doesn’t really get the respect it used to, the photorealistic drawings of local artist Heidi “the Naysayer” Kneisl are strongly influenced by the style. Instead of dry anatomical diagrams, though, the Naysayer’s tableaux feature scenes of the subjects interacting: freakishly large snails cavort with a snake, a bat shouts at a bee, a praying mantis gathers berries to protect them from dripping mollusk slime. Check out the 18 Micron pen-on-Bristol board illustrations at this show, then splurge on packets of mystery prints that you can take home and color yourself, or take home an art zine by the folks who make Is It Over Yet? featuring illustrations from the show. Either way, it’s hard to say no to this one. – TM

Pamplona can have its Running of the Bulls – give us 100 tiny, bug-eyed, apple-headed dogs running down a racetrack relay-style any day. The event, sponsored by Cocina 214, allows anyone to register their Chihuahua to run the race, and the proceeds benefit Winter Park Lost Pets and A Cause 4 Paws Rescue. Registration begins at 10 a.m., and Chihuahua racing begins promptly at 11. When your dog is done with his laps, you can take him to the Chihuahua photo booth, bring him to the bar to enjoy a Tito’s Lone Star Lemonade, margarita or a Corona (for you, not the dog), or let him get to know his fellow Chihuahuas trackside. Don’t have a chi? Don’t feel like you can’t attend – watching the bobbleheads run is free and perhaps the best Sunday Funday entertainment you’re likely to find north of the border today.

Today’s the grand finale of a chill cocktail fest that’s been happening since last Sunday. The first iteration of what we hope will be an annual tradition, Art & Craft is a tripartite matchmaker, tying a spirit to a bar to a local artist for the week, then leaning back to see the sparks fly. For instance: At the Courtesy, bartenders created drinks all week with Tequila Ocho and Ancho Reyes, while Peterson Guerrier worked on decorating a bottle to express those spirits’ fiery personalities. Over at Cask & Larder, special Bulleit bourbon, rye and whiskey cocktails were on the menu all week, as Johannah O’Donnell transformed a Bulleit bottle. The closing “night” party (at cool-hub Snap! Space, and actually more of an afternoon event) features the best drink of the week from all eight bars and a display of the finished art bottles by all eight artists, plus food from the Ravenous Pig and Cask & Larder, and music by DJ Nigel. This is pretty much a sure shot for you and your own match, if you’ve got one – or maybe you’ll make a new one tonight? – Jessica Bryce Young

Formed in 1976, the Fleshtones are nearly 40 years into their career of confusing genre purists by sloshing their stylistic mop through punk, garage, New Wave and rockabilly (and anything else that goes completely nuts) in order to achieve their unclassifiable energy. Their album output has been remarkably steady since their full-length debut in 1982, though it’s slowed in recent times. For a reminder of their inventive spirit, you may want to spin their 2014 release, Wheel of Talent, where they bring in brass instruments and strings like never before. Next, they bring that fearless Fleshtones force to Will’s Pub to celebrate local garage rock kings the Woolly Bushmen as they release their new LP, Sky Bosses. We haven’t heard it yet, but the phenomenal art by Joe Schorgl – featuring fuzzy discombobulated characters in a SoFla setting – has us twitching to change that. – AB 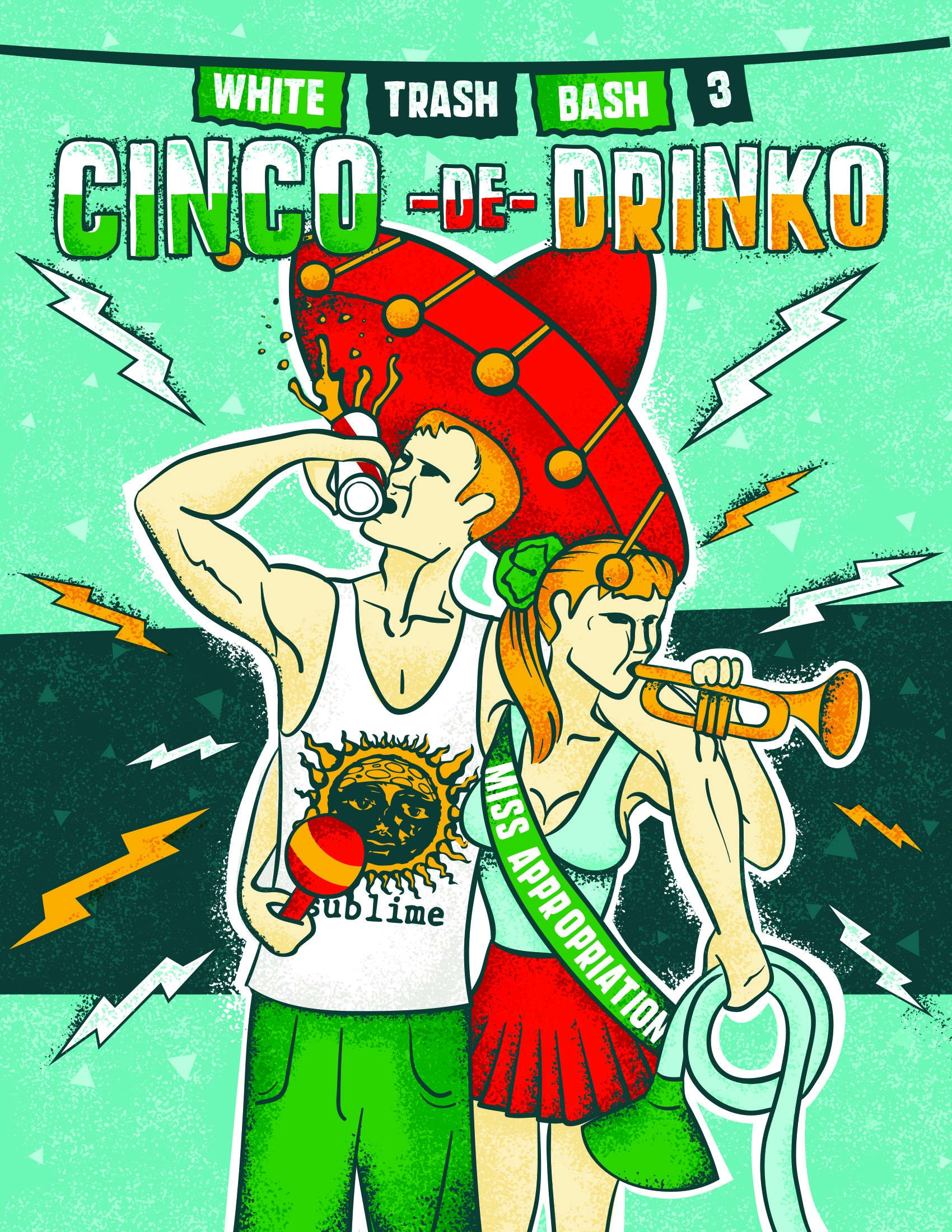 If you’re like us, you appreciate the American co-opting of the minor Mexican holiday Cinco de Mayo because it’s a reason to pound Patrón on a Tuesday and that’s basically like half your job, but you’re a little skeeved out by all the casual racism that surrounds the usual celebration: sombreros, fake mustaches, dickheads decked out in brownface. But this year Backbooth is flipping the script for the more socially conscious drunkards out there. They’re throwing one of their White Trash Bashes, full of drinking and chugging contests sponsored by PBR, throwing an all-star band on stage to perform mariachi-style covers of classic punk songs and, the best part, having a white-people costume contest. Come dressed as fratty or preppy as you can – think cargo shorts, sleeveless tees, painters caps, Lilly Pulitzer dresses; bonus points for anything associated with the band Sublime – and try to out-Chad or out-Stacy the rest of the attendees. Then, you know, get hammered and lose your keys because that’s what Cinco de Mayo’s really all about. – TM