Selections: Our picks for the best things to do in Orlando this week 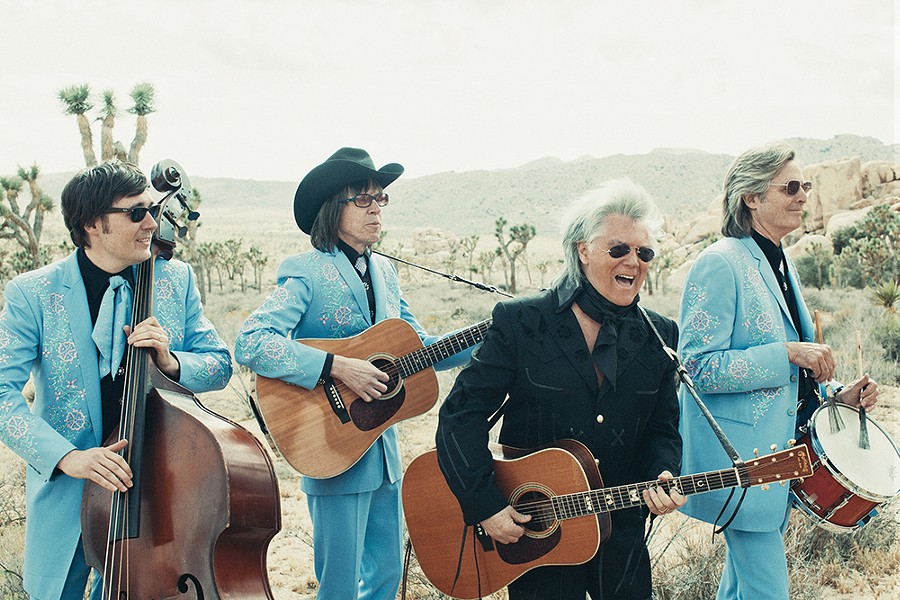 Marty Stuart and the Fabulous Superlatives

The first 100 days of a new administration, although enjoyable to some, may have inspired a faction of Americans to entertain the idea of embarking on a time-traveling expedition back to a less tumultuous time. Luckily for them, the Strictly Strange Tour, headed by Strange Records founder and rhyme-spitting Kansas City native Aaron Dontez Yates, better known as Tech N9ne, strolls into Orange Avenue's Venue 578 this week with a horrorcore demeanor that carries the delicious scent of the late '90s. Tech, in collaboration with the entire in-house lineup of Strange Records, including tourmates Brotha Lynch Hung, Krizz Kaliko, Stevie Stone and Ces Cru, released a 21-track compilation called Dominion back on April 7 that's well worth a listen. If the brief skits and heavy-paced collaborations on the album piqued your interest at all, then you're likely to find solace at what will not fail to be an abrasively bumping set thrown together by a perpetually touring and legendary lyricist. – Nick Wills

Orlando Story Club: Can You Keep a Secret?

The best way to keep a secret is to tell everyone you know, but pretend you're kidding, according to Lemony Snicket. Of course, you're probably not hiding information about the whereabouts of three certain orphans from a unibrowed villain, so it's probably OK for you to air most of the dirty laundry you know about this week at Orlando Story Club's "Can You Keep a Secret?" event. If you promised to keep something hush-hush until the end of your time on Earth, don't worry – you can keep your secret, but tell the audience at the story club about other particulars, such as why you decided to keep that secret or what you had to do so no one, especially your mother, would find out. Proceeds from the event will go to the Victim Service Center of Central Florida, which helps victims of sexual assault, violent crime and traumatic circumstance through crisis intervention, therapy, advocacy and outreach. – Monivette Cordeiro

Marty Stuart and the Fabulous Superlatives

Being a torch-bearer for any sort of musical tradition is full of potential pitfalls, not least among them being perceived as a humorless bore or a museum piece yourself. For singer-guitarist (and country icon in his own right) Marty Stuart, continual deep dives into the storied past of country music serve as creatively rejuvenating, like some sort of sonic Lazarus Pit. Stuart – a close confidante of Johnny Cash toward the end of the great man's life – is like the Lenny Kaye of country music, an archivist and historian working from the inside, preserving the traditions of the music he loves while simultaneously adding his own voice and songs to this sonic legacy. Stuart is currently touring behind new album Way Out West, a windswept, hazy homage to the sounds of the West Coast, be it '60s Laurel Canyon rock or the "cosmic" country of Gram Parsons. Finding new forms of expression in old ways, Stuart proves that the past doesn't always have to be a straitjacket. Oh, and great haircut, it has to be said. – Matthew Moyer

Trade in your Toyota for a two-wheeler on Friday's commute into work for the city's 18th annual Bike to Work Day. Whether cycling sounds like a great time or a chore, it's worth joining this community ride just to see Mayor Buddy Dyer perched atop a bicycle as he weaves his way through the streets of downtown. You can pre-register for the event online or sign up the morning of, and you can choose to bike on a team with friends or as a single rider. But Dyer awards medals for the largest teams who make it to City Hall at the end of the ride, so it might be a good idea to entice the rest of your co-workers into getting a little exercise before they clock in at the office. – Deanna Ferrante

Certain rivalries are never truly settled: Star Wars vs. Star Trek, nature vs. nurture, good vs. evil and, of course, cake vs. pie. Arguments pitting flaky crusts against buttercream have ruined at least two birthday parties we know of and sparked friendship-destroying barguments. We can't fault the passion behind the fury: Too many office birthday parties and PTA meetings have been tainted by mediocre grocery store sheet cakes, while novice attempts at pie crusts leave a soggy mess on our plates and in our hearts. But this week, Team Pie reigns supreme at the American Pie Council National Pie Championships. Sweet and savory pastries compete in Amateur, Professional and Commercial divisions, with "Best in Show" awards for pies that really take the ... well, you know. Set dessert disputes aside for a weekend and spend some time with a slice of Key lime – it's for the good of the world, or at least for the good of our tastebuds. – Abby Stassen

Look, we have to level with you: Cinco de Mayo is not our favorite fake holiday. While the idea of a day celebrating Mexican-American heritage is fine and dandy with us, May 5 has been usurped by fratty white kids looking for an excuse to get drunk, wear sombreros and fake mustaches, and somehow get a pass for celebrating racism. But we do love a party. So while the Basic Beckys and Brads pose for some selfies that will embarrass their grandchildren at certain downtown venues, we'll be up on Mills Avenue for this outdoor rager that combines three local powerhouses – the Sh-Booms, the Woolly Bushmen and the Palmettes – with Gringo Star, the cult Atlanta psych-garage band with an uncannily accurate name. The show takes place at the Dirty Laundry outdoor stage – formerly an actual laundromat – so expect it to adhere to a tight schedule to avoid incurring the wrath of the neighbors. – Thaddeus McCollum

You can be excused if you feel all movied out after the conclusion of last week's epic Florida Film Festival, but film fans – particularly doc hawks (let's just pretend that's a thing) – should be aware that the International Freethought Film Festival, returning to the Gallery at Avalon Island this weekend, offers plenty of reasons to jump back into binge mode. Focusing on films that challenge basic assumptions about society, the festival is an all-you-can-watch buffet for those who like their film perspectives a little outré. In addition to plenty of shorts, this year's features examine subjects like sex workers in Guam (Exotic), Chinese government-sanctioned harvesting of human organs from political dissidents (Hard to Believe, pictured), and a look at a Jewish anti-Zionist movement (Jews Step Forward). In addition to screenings, the festival also offers Q&As with filmmakers and both opening night and closing night parties – ambitious for a three-day festival. – Thaddeus McCollum

Running of the Chihuahuas

Sunday Funday usually feels kind of fuzzy, but this time it's for a hell of a more interesting, yippy reason. It's time for Cocina 214's annual Running of the Chihuahuas event, where 100 tiny furballs race for glory (or treats?) to benefit Winter Park Lost Pets and A Cause 4 Paws Rescue. Spectators can look on – margarita in hand, of course – for free, or you can enter your puny pup in the race for a fee. DJ Guij performs, offering up some motivational music for the tiny racers, and a Tito's photobooth offers photos for proud dog moms and dads to take with their pooch pre- and post-race. Think you might need some liquid courage to cheer your pup on? The outside bar provides numerous drink specials. Oh, and did we forget to mention that there's a Patrón tequila sampling? This will definitely be a day to go off-leash – you, not the dog. – Rachel LeBar