Selections: Our picks for the best things to do this week in Orlando 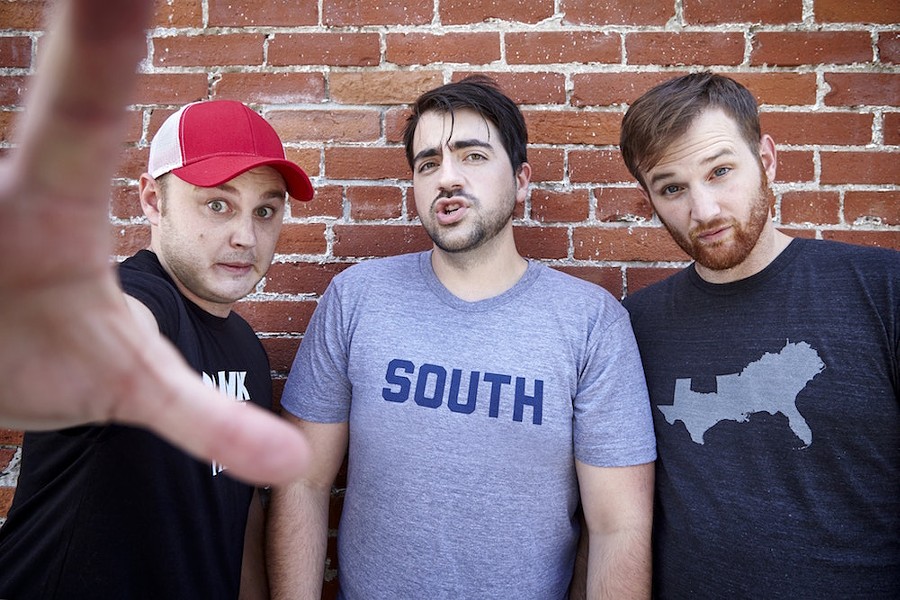 Christmas in the Park

A 40-year-strong holiday tradition returns to downtown Winter Park with the Morse Museum's Christmas in the Park. The event starts with the illumination of nine 100-year-old Tiffany stained-glass windows, eight of which memorialize religious themes. Central Park is transformed into a luminous concert hall as the Bach Festival choir, Brass Ensemble and Youth Choir perform seasonal favorites. – Nicole Dudenhoefer

Marcel Everett might only be in his early 20s, but the L.A.-via-Orlando producer/composer has seemingly done the unthinkable: lashed the heady cut-up concepts of DJ Shadow to modern, ghostly R&B-derived sonics. And taken it into the mainstream. The results are as immersive as you'd hope for, whole new soundworlds of cold dread and confusing ecstasy. – Matthew Moyer

Trae Crowder first came across our radar as a comedian at the first Orlando Indie Comedy Fest. His standout performances there – mostly about the struggles of being a left-leaning liberal with a pronounced Tennessee drawl – hinted at big things to come for the young performer. And after exploding on the internet during the 2016 campaign season, he came back as a headliner for the following year's festival. This week, he brings his writing partners from last year's book The Liberal Redneck Manifesto: Draggin' Dixie Out of the Dark, Drew Morgan and Corey Forrester, to the Improv for a full night of Southern-fried, open-eyed comedy that should appeal to anyone who's ever had to defend pickled okra and democratic socialism in the same conversation. – Thaddeus McCollum

Each year, the heavens converge for local art lovers and last-minute holiday shoppers with the C-Note Collection Grab & Go Art Show at Thornton Park's Falcon Bar. Avoid gifting the standard tchotchke; grab a craft beer and peruse local artists' work for purchase. It's a win-win situation for everyone: Each piece is priced under $100, so you can avoid the airs of a stuffy setting and still get your art fix, and local artists get some extra holiday cash (to presumably spend on art supplies). The perk? Instead of having to wait until the show ends, you can take your art right off the wall once you buy it – no gallery schmoozing necessary. – Hind Berji

Before we start, just permit us to crow for one second that there was a time long ago when U.S. black metal was considered a pale shadow of its European counterpart. Now gaze upon this mighty bill and weep tears of blood. New Orleans' Abysmal Lord is just foul and grotesque in every possible way you can imagine – an incredible mess of distortion, noise, sickening vocals and more than a passing interest in the Horned One. Miami's Caveman Cult are back as well; last time here they came dressed for post-apocalyptic jungle warfare – and played accordingly. Come ready to happily kiss some of your hearing goodbye. – MM

Seasonal charms like horse-pulled buggies are hard to come by in Orlando, but bicycles aren't. Now in its 10th year, Bikes Beans & Bordeaux's annual Holiday Lights Ride is a family-friendly opportunity for holiday junkies to "ooh" and "aah" their hearts out as they make the 6-mile trek through some of the city's most rousing lights displays. Are you too much of a Scrooge (or just too out of shape) to sing carols as you cruise? That's fine too. Simply saddle up those single-speeds and ride. – Xander Peters

Bradenton-born space-age R&B singer Reggie Williams – R.LUM.R to listeners – cut his musical teeth in Florida, abandoning classical guitar studies at Florida State University to move to Orlando and try his hand at writing his own music. Sadly, Williams found himself in a musical rut in the City Beautiful, not quite finding his own voice, stuck in unsatisfying gigs; luckily this frustration inspired his aptly-named breakout single, "Frustrated," and opened up whole new worlds of sound for the singer. "Frustrated" was the true birth of R.LUM.R.'s sound – huge synths weaving in and out of thick, nodded-out percussion and a falsetto to die for. Now in Nashville, R.LUM.R has honed his sound incredibly as demonstrated by the recent Afterimage mini-album. R.LUM.R. is a late-night zone tripper along the lines of Blood Orange, 6lack and H.E.R. Welcome back, even if it's just for one night. – MM

Once hailed as one of the best genre-blending showcases in town, the Grand Collab kind of fell off the map there for a bit. But this weekend sees the concept return to Will's Pub and they're pulling out all the stops. In addition to a music lineup headlined by the return of Deaf 2 the Industry – a rock/hip-hop hybrid that's more Saul Williams than Limp Bizkit – the Collab pairs up with No Borders for a freehand art/graffiti competition, the Mercury Collective for an art auction, and Illuminated Paths for visuals. Host TKO – also performing with Table for Three this night – and DJs Cub and Jessica Pawli keep the vibe going during set transitions. It's a night of collaboration on all fronts that's, well, grand. – Thaddeus McCollum

An Evening With Anna Deavere Smith

Orlando Shakes hosts an intimate evening with the much-celebrated Anna Deavere Smith this week, in advance of her upcoming HBO film, a small-screen adaptation of her solo show Notes From the Field. Smith may be most widely known for her TV turns on Nurse Jackie and The West Wing, but we've been watching her with awe since 1994's Twilight: Los Angeles, in which she inhabited the skins of dozens of real people connected to the L.A. riots, from LAPD chief Daryl Gates to truck driver Reginald Denny. Smith's genius is to not merely play a character but to somehow become that character, not through manipulating her physicality but, seemingly, pilfering their souls for just as long as she needs them. She'll talk about this mastery and method with the Shakes' Kristin Clippard, discussing how she uses documentary and journalistic research techniques to find the truth of the voices she speaks aloud on stage. The interview will be followed by a Q&A, and we are fairly sure that a woman of color deeply committed to social causes will have plenty to say about the happenings of just the past month. Expect fireworks. – Jessica Bryce Young