Selections: Our picks for the week's best events, Oct. 19-25

The Orlando Film Festival is getting big – really big. Although it's considered the city's No. 2 movie event (after the Florida Film Festival, which is twice as long and twice as well attended, and considered more prestigious), the OFF has grown into a monster, with 327 movies, the most in its 11-year history. That makes it the biggest in Central Florida, and possibly the state, judged by number of offerings. Held at downtown's Cobb Plaza Cinema Café, the festival is taking over six screens and running through Sunday. Most of the films are short ones: 258 shorts spread over 35 programs. Of the 69 features, 44 are narrative and 25 are documentaries. Highlights include the opening-night film, Te Ata; the world premiere of the Kevin Smith biopic Shooting Clerks; many films with an LGBT theme; and parties and discussion panels. The festival does not sell individual-film tickets, so you must buy a one-day ticket for $20 or a festival pass for $50-$100. And because the schedule allows one to see no more than about a fifth of the offerings, you'll also need to do your homework, or just hope you get lucky. Viddy well! – Cameron Meier

In its seventh iteration, CityArts' Dia de los Muertos and Monster Factory Exhibit Party is back this week in downtown Orlando. This not-so-scary block party features original artwork based on Halloween, as well as the Mexican holiday Day of the Dead, along with art vendors, a kids craft area and face painting. Get the good kind of creeps from a performance by macabre circus troupe Phantasmagoria, plus an additional live performance by Salvador Live. Make sure to get some agua de jamaica to wash down your tamales from Tamale Company Food Truck, who'll be there to take care of your gastronomic needs. – Monivette Cordeiro

Brothers Andy and Edwin White grew up in Orlando, but their band, Tonstartssbandht, seems to be a citizen of no one place, geographically or musically. Drawing from psych, garage, chillwave ('member that?), noise and pop, the brothers create a shimmering, raw hybrid that's equal parts art-school experimentation and jam-band virtuosity. Based in Brooklyn, the duo have spent the past few years touring the world, playing spots as diverse as Christchurch, New Zealand; Jakarta, Indonesia; and Ljubljana, Slovenia. And this hometown show – their first in four years – finds them returning from a tour of China. Their live sets push the boundaries of genre and performance, resulting in something that can be better described as an "experience" than a "show." Promoters Ugly Orange look like they're going to be capitalizing on that distinction with a simultaneous art installation by Hannah Spector. Expect this one to hit capacity. – Thaddeus McCollum 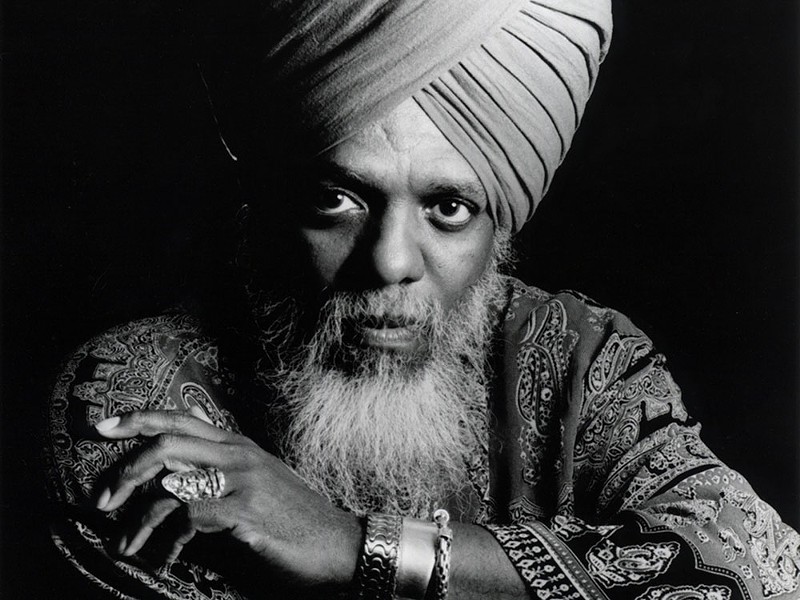 The Blue Bamboo Performing Arts Center has certainly been stepping up their game lately with shows from the likes of Nicholas Payton and Ira Sullivan, and they're keeping on their roll this Friday with a two-set performance from the great Dr. Lonnie Smith. If you're not familiar with this renowned artist, here's the rundown: He's sat in with the Roots on The Tonight Show and has a new album out on Blue Note, Evolution. If you've enjoyed the performances of local favorites like DJ Nigel, BMF and Eugene Snowden, we guarantee they would espouse the greatness of Dr. Lonnie Smith, or have even played or borrowed a lick or two from one of his many classics. A whole lot of hip-hop wouldn't have happened if it weren't for the good doctor's hard driving, soulful and cerebral Hammond B-3 organ-dominated funk. Some of his tunes, like "Spinning Wheel" and "Move Your Hand," have been sampled so many times that it boggles the mind. A Tribe Called Quest, Wu-Tang Clan, and the D.I.T.C. crew – to name a few – owe the man plenty of thanks. This performance could prove to be a major arrival point for the cultural and live music scene here in Central Florida. It's retro, metro and contempo, and music devotees need to witness this. – Kyle Eagle

Not to be rude, but chances are you rarely think about what you eat. Food consumption in this country is based on three criteria: taste, speed and potential to leave you so full that you don't think about your next meal for at least two hours. It's not your fault. We don't blame you. It's most likely a mix of too much advertising from fast food companies and overpriced healthy food that leaves you, according to agricultural journalist Michael Pollan, scarfing down 20 percent of your meals in your Kia Sorrento. In short, it's capitalism that's ruining your insides. More than half of Americans think that doing their taxes is harder than eating healthy, according to the International Food Information Council Foundation. For those of you who think that, the Vegetarians of Central Florida are hoping to change your mind with their 11th annual Central Florida Veg Fest at Festival Park. Drop your kids off at the Veggie Kids Zone for some smoothies and kids yoga while you browse organic selections, watch meal prep demonstrations and maybe sit on the grass for an acoustic guitar jam sesh with some dudes who probably ate some kale today. – Adam Manno 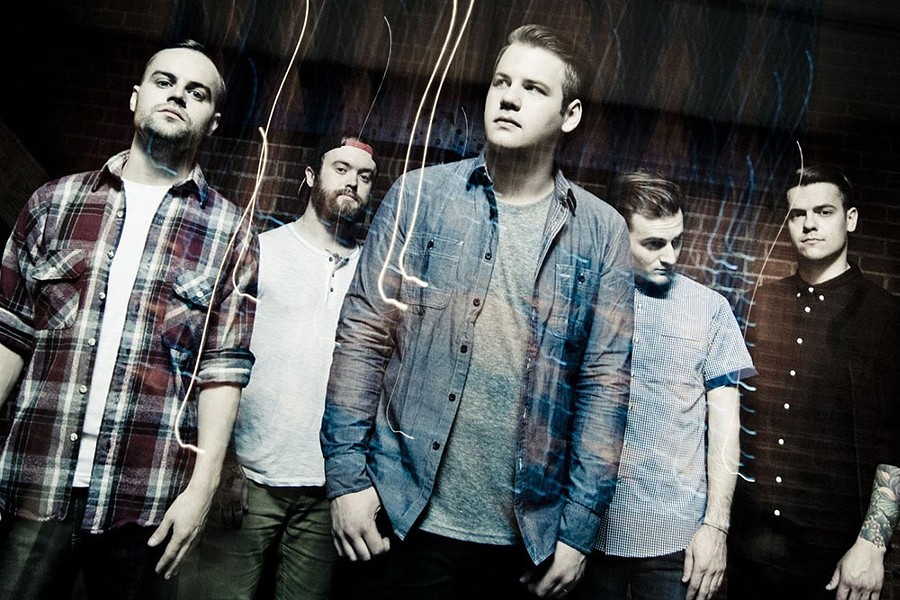 For some, the breakup of metalcore scene mainstay Attack Attack! in 2012 was upsetting. For others, it's looked at fondly, as the breakup pushed former lead singer Caleb Shomo to form Beartooth. Originally started as a joke band, Beartooth quickly evolved into an outlet for Shomo. And with the band's loud and aggressive sound, as well as their realistic and sometimes harsh lyrics, it has become an outlet for fans as well. If you choose to attend, you can expect mosh pits to break out as Shomo screams at the top of his lungs, with the crowd matching him lyric for lyric. And while this tour is for their new album, Aggressive, it wouldn't be a Beartooth show without old favorites like "Body Bag" and "In Between." – Martina Smith

Of all the shows surrounding the annual punk mecca the Fest, Orlando's Foreign Dissent is one of the most interesting, enlightening and exclusive. Organized by local promoter Punching Babies, this showcase of international Fest-bound bands is essentially a punk-rock Benetton ad. This diverse third edition features a new, globe-spanning class of bands that includes the melodic romp of No Fun (Germany), the true emo of the Caulfield Cult (Singapore), the classic anthem punk of Traverse (France), the folk-punk of Ducking Punches (England) and the dynamic attack of Lemmiwinks (Panama). With all of them making Orlando debuts, it doesn't get any fresher than this. Foreign Dissent is the only event of its kind around here, and it's become a great local institution. Diplomacy never rocked so hard. – Bao Le-Huu

It’s kind of weird that Rob Zombie, a guy who owes most of his mainstream popularity to MTV’s Beavis and Butthead, is now a successful filmmaker of the horror auteur variety, but here we are. As a director, Zombie’s genre influences are impeccable; he draws from the best in classic grindhouse horror, as well as established greats like John Carpenter and Tobe Hooper. In execution, though, homage often prevents Zombie from adding any new perspective to the genre. The reviews for his latest feature, 31, for example, have been less than glowing. So for a look at why Zombie still gets bankrolled to show off his adolescent obsessions for a paying audience, check out this screening of his best film, 2005’s The Devil’s Rejects. A sequel to his debut, House of 1,000 Corpses, the film follows the demented Firefly family as they try to evade capture by law enforcement while still trying to extend their violent, murderous spree. Anchored by an iconic performance from character actor Sid Haig as the clownfaced Captain Spaulding, the film is a frenetic, winking tribute to the slasher flicks of the ’70s – just with way more explicit violence and sex. – Thaddeus McCollum