Selections: Our picks for the week's best events, Sept. 28-Oct. 4

Talk about thinking outside the box. That's exactly what the Quantum Leap Winery and Barefoot Spa are doing as they join their efforts for this silent auction. Forty-five wine boxes were transformed into art – a portrait of Mona Lisa with a cell phone, a snowy egret and a robot, just to name a few.  All of these abstract works were created by local artists and donated in support of the Zebra Coalition, a local network of agencies that provide services to at-risk LGBT and youth in Central Florida. There's nothing to wine about during this event, because small appetizers and desserts are available for those just wanting to attend and admire the art. Glasses of Quantum Leap wine will also be available for purchase, with 20 percent of all purchases donated to the Zebra Coalition. – Aileen Perilla

At long last, it's the return of Country Covers, a great but intermittent Will's Pub series that's hand-selected by local guitar hero Brian Chodorcoff. Essentially, it's what happens when a changing, well-curated lineup of Orlando musicians, classic country songs and a bottle of whiskey collide. The dormancy has really allowed the event to reload in a grand way, with a jacked roster of high-caliber talent including Kaleigh Baker, Eugene Snowden, Andy Matchett, Stephen Rock, Phil Longo, Beartoe, Wheeler Newman, Rickey Dickens, Tommy Cooper (Oak Hill Drifters), Jordan Schneider (Slim Walker & His Orchestra), Jacob Miller (Woolly Bushmen), Stephan & Yardis and, of course, Chodorcoff. A stampede of area talent like this is a bargain for six dollars. But this is, at heart, a food drive for Fern Creek Elementary School's food pantry program, so it's only an even fiver if you bring a canned good. If you bring 10 cans, Chodorcoff will buy you a shot. Seriously. – Bao Le-Huu 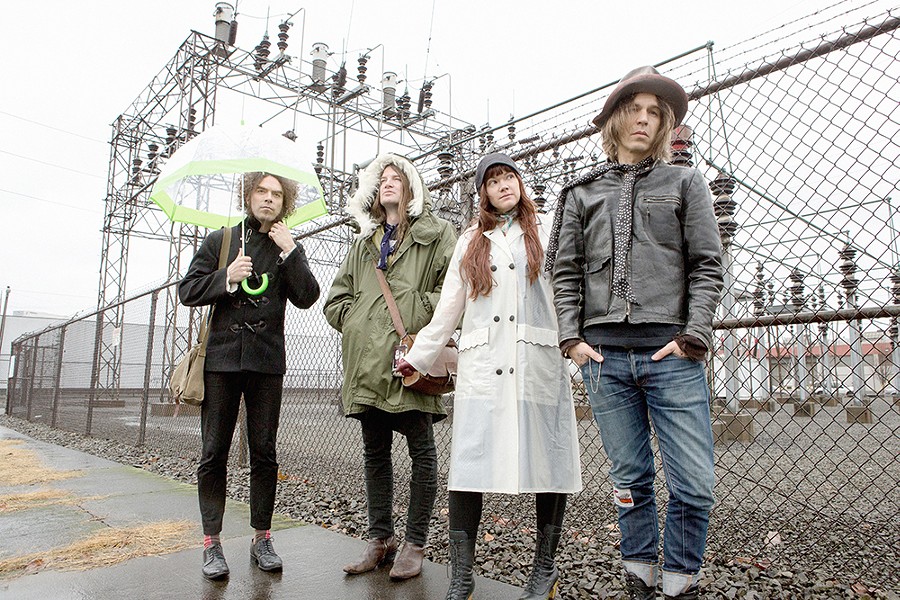 The cover of the aptly titled Distortland shows a foggy skyline with an album title that blends into the sunrise, or is it a sunset? That kind of confusion seems to follow the Dandy Warhols' every move. Four record labels into their career, their ninth album finds them at the end of a progressively tamer rope. Snarky jabs and alt-rock sensibilities give way to breezy instrumental breaks and indie pop melodies that more closely resemble the Hugs, a boy band they signed on their imprint, Beat the World Records. Lead singer Courtney Taylor-Taylor's own reservations about his age, sprawled casually throughout the new album, may have inspired a shift toward the consciously outré style he famously indicted in 2000's "Bohemian Like You." Luckily for older fans, new album tours always come with the hits. For those just getting into the Dandy Warhols, this palatable collection should be nothing more than a warm intro. – Adam Manno

On Saturday, Loch Haven Park transforms into a wonderland full of trippy art, dancing contortionists, and interactive exhibits you can explore. Original artworks created by more than 100 artists are on view and available for purchase. Kids can get chalky, get painted on and/or twist a balloon animal at the kids zone, and there are interactive sections for adults, too, with exhibits like Toyota’s Paint-by-Numbers car or the Artegon Marketplace bench project. Sponsors like Sam Flax donated art materials to volunteers who created Paint Strong Orlando, a slew of original works created in response to the tragedy at Pulse nightclub, which will be featured inside the Orlando Museum of Art. The performing arts showcase will go from family-friendly to adults-only acts with performances by the Orlando Ballet and Orlando Fringe. See our guide at the front of this issue for full details. – Marimar Toledo 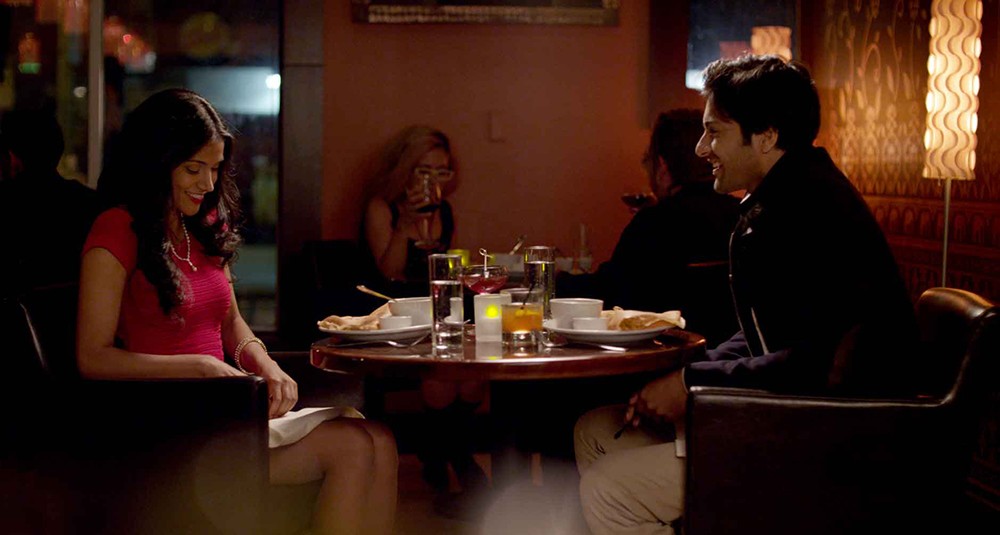 The South Asian Film Festival is getting short. But that actually means audiences will get to see even more movies at the Enzian Theater's annual showcase of film, food and culture from the Indian subcontinent. For the first time in the festival's 22-year history, an entire block of short films will be included with the usual features. "Chhota Cinema: New Indian Shorts" (featuring six short films) screens Saturday at 2:15 p.m., following For Here or To Go?, a feature-length dramedy about cultural assimilation in the United States, which plays at 11 a.m. Two more features will screen on Sunday: Original Copy, a documentary about Mumbai's only remaining painter of billboard-sized film posters, plays at 11 a.m., and Waiting, an Indian drama about loss and friendship, follows at 1:45 p.m. The festival closes on Monday at 6:30 p.m. with Dheepan, a French drama about Sri Lankan refugees. – Cameron Meier

We are living in a time of zombies, it seems. Seriously, The Walking Dead is immensely popular, there are countless video games that have you fight undead hordes, and scientists have even done studies on the plausibility of a real-life outbreak. But if you just can't get enough of zombie-themed fun, Audubon Park holds their eighth annual Zombietoberfest today, full of plenty of zombie-themed Halloween activities. There will be an "undead" market with zombie and Halloween themed vendors, as well as food trucks, a zombie and zombie hunter costume contest, a scavenger hunt, kids' carnival games, and a zombie crawl, where those dressed like zombies are welcome to moan, shuffle and stumble together. The whole family is invited to attend; just please leave your zombie-hunting weapons at home. – Martina Smith

Just in time for Halloween, it's an all-male Ghostbusters! Rebooted after the initial 2016 female-led cast was deemed "too scary" by critics and moviegoers alike, this family-friendly version is rarin' to go with ghouls, ectoplasm and MEN MEN MEN! That first lady version was too LADYish! It was difficult to believe that Hollywood would cast women as scientists when their premenstrual syndrome would clearly never allow such careers or camaraderie in reality – almost as difficult to believe in as ghosts themselves! It wasn't something for children, considering how misfired filmmaking ruins childhoods (not systemic societal issues or poor caregiving like we thought). This all-male reboot is just the salve for a wounded ego – hold on, our editor is tapping us on the shoulder. What IS it? ... Well, if this isn't the reboot why are there two movies? ... Seriously? The male-dominated Ghostbusters fan base rallied against an all-female reboot? If women make them that uncomfortable wouldn't it be good to show them women with agency in a familiar setting, much like training wheels for daily life? ... We know that's not the point of the article, we just – OK, fine. Here it is! The original Ghostbusters, in pristine 1984 condition, waiting underneath all those old Reddit posts, continuing to exist despite insistence from 4chan enthusiasts that a reworking of the film would irreparably scar childhood memories and therefore society at large. Now if you'll excuse us, we have a lot of thinking to do. – Abby Stassen

French hardcore spellcasters Birds in Row are that refreshing rarity in an age of media saturation that even reaches to the farthest corners of the underground: an enigma. Largely eschewing full-band photos, keeping the identity of band members vague (lineup changes come and go, the band continues undeterred), they maintain a level of cryptic obscurity that would make even a black metal band nod their heads appreciatively (but dourly). They explain simply, "It's not about some individuals, but songs, ideas, points of view that our three lives have in common." Maybe the time and space Birds in Row have freed up in their psyches has allowed them to fully concentrate on their music, a collective outpouring of total frustration, desperation and melancholy that mixes raw, serrated power with a skewed, discordant elegance. Hardcore, post-rock, krautrock, metal and noise all combine in a sad and urgent dance on their most powerful statement yet, Personal War. What's on the other side of the veil? Find out here. – Matthew Moyer