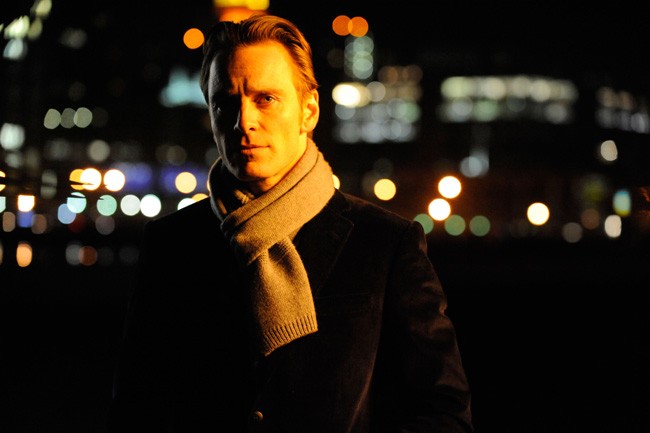 Considering its controversial NC-17 rating, mounting festival awards and the tantalizing team of sophomore director Steve McQueen and star Michael Fassbender, who last teamed for Hunger, a harrowing film about IRA striker Bobby Sands, Shame is a strangely pedestrian outing. It follows Brandon (Fassbender), a man so consumed by his quest for sex that he can barely function as a person. McQueen wants us to blame his sexual compulsion, and to that end we’re subjected to endless sequences of Brandon furiously flogging his bishop in bathrooms, fucking a girl he just met in an alley, paying prostitutes, getting head at a gay bar and sweating the confiscation of his corporate computer. He consumes sex dispassionately and, according to the film’s viewpoint, that makes him an addict.

McQueen is a talented filmmaker, no question. A couple of Shame’s set pieces are expertly showcased, including Carey Mulligan (as Brandon’s erratic sister, Sissy, who crashes his pad unexpectedly) singing “New York, New York” at an ultra lounge as if it’s her suicide note. Then there’s a marvel of a tracking shot that follows Brandon, out for a jog while his sister beds his boss, from his Chelsea apartment to Madison Square Garden without ever showing the dolly in the many reflective surfaces along the way. But it’s telling that neither of these bravura scenes tell us anything about Brandon, which begs the question, “Is he more than just a cipher for McQueen’s moralizing?”

The answer, sadly, is no, and furthermore, the film’s message is distractingly, disconcertingly puritanical. Call me shameful, but I can’t regard Brandon’s sexual conquests as much more than the work of an overactive libido, which is hardly a) a crime, or b) particularly worthy of artistic finger-wagging. His encounters are always consensual and mutually beneficial – hell, the movie portrays this duller version of Patrick Bateman as damn near irresistible. But when his magical pheromones and the minimal amount of social work he puts into these connections end in the inevitable – he is human, after all – we’re supposed to shake our heads in disgust? What Christian conservative focus group did this come out of?

I tend to judge a person on how they treat others, not what goes on in their bedroom/back alley, and on that basis, I can get behind condemning Brandon. He’s no mensch: He tortures Sissy for bringing someone home after her big show – there’s that patriarchal red flag I was looking for – and when he actually meets someone he might have feelings for (naturally, she hit on him first), he can’t keep it up for her. “It happens to everyone,” she rightfully reassures him, but no, he’s going to blame her for that, too.

Still, no matter how Oprah-fied the message – “sex addiction” is huge with the Winfrey/Dr. Drew crowd – it’s the art that matters. Shame is artfully made – Fassbender and especially Mulligan are two actors willing to go places that most cannot, and McQueen’s lens is always fascinating – but only aesthetically so. It ignores character development and emotion in favor of its ruling purpose, and in that sense, it’s just like Brandon. They’re a perfect fit, but does anyone want to go near them?