"Shell Shocked: My Life With The Turtles, Flo & Eddie, and Frank Zappa, etc."

You might not recognize him, but Howard Kaylan was part of the most significant '60s/'70s sounds 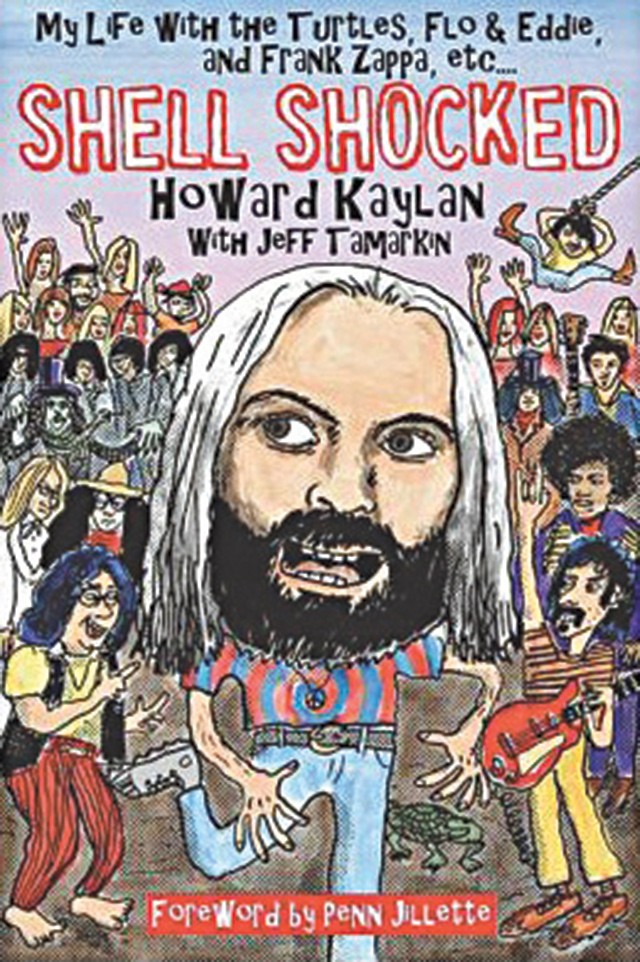 The performance rights organization BMI has named the Turtles’ “Happy Together” one of the Top 50 Songs of the 20th century. Oh ... that guy. Now you’ve placed Howard Kaylan – that hushed, confessional singer in the verses, modulating to the keening, psychedelic/vaudevillian voice in the choruses.

Although the Turtles were never seen as a banner-carrier of the ’60s music revolution, Kaylan has the stories to compete (and possibly win) in the rock & roll tell-all pantheon. For instance, there’s his first evening out in London in 1967: accidentally insulting the Moody Blues, getting eviscerated (verbally) by John Lennon, and vomiting on the velvet jacket and pants of rising star Jimi Hendrix, all in rapid succession – that’s a winner right there, but there’s plenty more where it came from.

Once the Turtles are stopped in their tracks by a legal entanglement, the story of Kaylan and his perpetual vocal partner from high school forward, Mark Volman, gets more interesting as they wend their way through the entertainment world. Within two weeks of their hit band’s demise, Kaylan turns down the lead vocalist role in the then-nascent Steely Dan because Volman wasn’t on the ticket; the duo then auditions for and joins Frank Zappa’s new version of the Mothers of Invention. Later, the duo survives the Montreux venue fire made world history via Deep Purple’s song “Smoke on the Water.”

In an ancillary career as backing singers, Kaylan and Volman created those intriguing, ridiculous backing vocals on the T.Rex recordings – tiptoeing a line mimicking strings or horns, and selling the fantastical jiggery-pokery of Marc Bolan’s lyrics like commercial pitchmen. Salacious and psychotropic tales aside, the underlying story of Kaylan and Volman sticking together through the sine-wave peaks and valleys is a sublime parable – and possibly their crowning achievement.