Sicilian specialties star at Maitland’s Francesco’s, but service is a kick

We didn't expect to get a table right away at Francesco's in Maitland, certainly not given it was Saturday night, the place was packed, and we'd failed to make reservations. In fact, we considered ourselves quite fortunate when the hostess seated us immediately after checking in. That we were led to what appeared to be an overflow table at the back of the restaurant proved mildly irritating but, as the old saying goes, beggars can't be choosers. So amid the hubbub of scrambling servers, we took in the surroundings (the faux-Tuscan rusticity is quite nice) and focused on the menu as best we could. 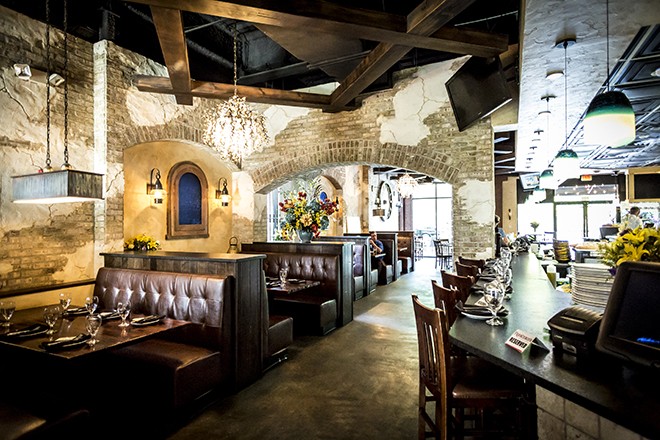 An open kitchen allows patrons to follow the actions of chef-owner Francesco Aiello, hard at work directing cooks and servers and fashioning his Sicilian specialties. Prior to opening his namesake resto, Aiello honed his skills at TerraMia in Lake Mary, the Sicilian in Casselberry and the Istituto Alberghiero culinary school in Palermo, Sicily. Geography primer: If Italy is the boot, Sicily is the pizza slice being kicked in the gut. Psycho-historical ramifications aside, Aiello's pizzaiolo and the brick pizza oven here yield some damn fine pie. If Aiello were judged by these wood-fired pizzas alone – the marvelous margherita ($11.95), for example – he'd be deemed an esteemed authority. No doubt, this thin-crust gem makes a helluva sharing starter. So does the frittura Siciliana ($10.95), a platter of fried arancini (rice balls), panelle (chickpea polenta) and crocche (mashed potato croquettes) – all specialties from that Mediterranean isle that we gobbled up like the pages of a Mario Puzo novel.

Beautifully plated penne Palermitana ($12.50) made a nice pasta course, the al dente noodles tossed in a zesty marinara with eggplant and basil along with mozzarella and ricotta salata cheeses. But much like the potholes that form during a typical Sicilian summer, we hit a few bumps on this proverbial road. There was an utter lack of flavor in the vitello Siciliano ($17.95), breaded veal medallions sautéed with capers, artichokes and grape tomatoes in white wine sauce. Accompanying fettucine was perfect, but the sauced veal, mealy and bland, left much to be desired. Grigliata di gamberoni e calamari ($17.95), grilled shrimp and calamari steak sided with a mound of arugula salad, was another dish that had its aesthetics nailed down. While both shrimp and calamari were nicely grilled, the characteristic sweetness of the latter and that essence of the ocean was virtually nonexistent. Chewing the steak was an exercise in gastronomic nihilism. 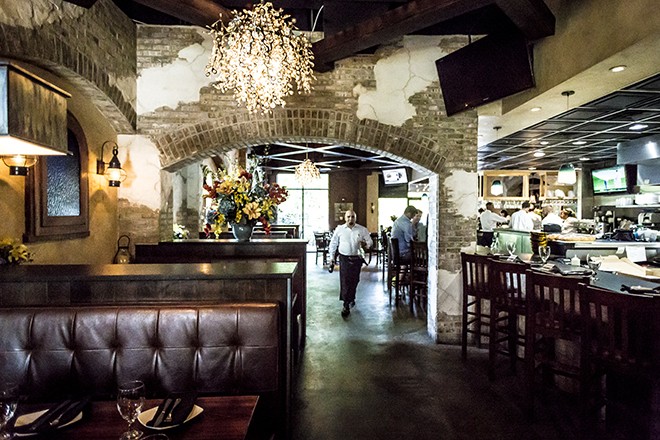 As pointless as that may have been, we found meaning in the memorable desserts handcrafted by Aiello's parents. The chocolate profiteroles ($6.25) are ones we'd go back for in a heartbeat, and the strawberry tiramisu ($6.25) made the service deficiencies seem less glaring – and they were glaring. There were the usual complaints: water glasses not refilled, plates placed brusquely before us, the clean silverware I asked for handed to someone else in my party. But our server also felt it proper to drop off the check after we had ordered dessert, but before we'd received it. Then, while attempting to enjoy our dessert, said server picked up the signed check to process. It was 8:45 p.m. and we felt like we were being given the, ahem, boot, even though things were dying down at the restaurant.

It's bush-league service, but that's a common complaint here in Orlando. While food quality makes leaps and bounds, service – of the polished and refined variety – continues to lag behind.