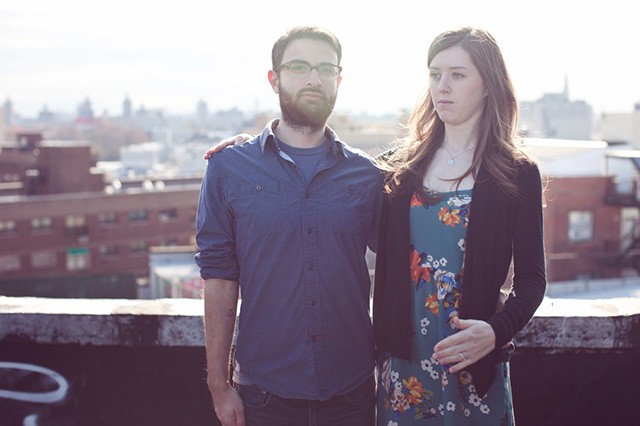 As fiercely as you protect that notebook into which you pour all your doodles and secrets – haven’t you ever wondered what it might be like to trespass on someone else’s? If so, the Sketchbook Project is your chance to spy and get away with it.

The 27,556 volumes of the Sketchbook Project, a crowd-sourced collection of artists’ and writers’ notebooks, are housed in Brooklyn. But for the past few years, a mobile version (according to the project’s creator, “It kind of works like a food truck, but instead of tacos, you get sketchbooks”) has made a summer tour. This year, some 4,500 sketchbooks are available for checkout and perusal at each stop. The rolling athenaeum will park from 5-9 p.m. on Tuesday and Wednesday evening, July 2-3, outside the Gallery at Avalon Island in downtown Orlando. GAI curator Patrick Greene says, “The gallery isn’t usually open that late, but we’ll be there so people can come inside, hang out and sketch or look at the books out of the heat or rain.”

The big black canteen will also be inhabited by founders Steven and Sara Peterman. The pair shares their experiences on a Tumblr linked to their website (click “blog” on sketchbookproject.com or just go to arthousecoop.tumblr.com) memorializing each tour date and any standout sketchbook entries. At any given time you can track the location of the repository on wheels via their Google Maps GPS tracker. The Petermans’ objective is to not only let the sketchbooks tell the narrative, but to interact with visitors to recount how the global collaboration has grown and challenged more than 67,000 participants. Those participants have sent in filled sketchbooks from 135 different countries on six continents. With the project still accepting books and the collection expanding, the desire to catalog each individual artist’s intention has become even more important. In a moving speech given at the Richmond, Va., TEDx (a local spin-off of the popular annual TED conference) in March, Steven Peterman recalled noticing at a Sketchbook Project pop-up in Oakland, Calif., that one particularly sentimental book received the most check-outs.

“Every day this family came to look for this guy’s sketchbook, and it was this really emotional experience. We took the time to look at the book and realized the book was all about the father’s legacy and his life. It was this amazing experience to watch these people read it and connect and be inspired by this man that the book was made about, but also [by] the artist that made it.”

The Sketchbook Project aims to bring people together face to face, or hand to hand. As Peterman said at TEDxRVA, “What is really missing right now is the human connection. While we have the digital side, you can visit the exhibition and hold this physical object, and we don’t make you wear gloves. It’s really informal and fun.”