If the producers of The Marvelous Mrs. Maisel ever want to create a companion series about a young Jewish woman in the world of abstract art during New York City's golden age, they could do a lot worse than license the life story of Mira Lehr.

The South Florida-based artist who has been dubbed "the godmother of the entire Miami art scene" is celebrating her golden anniversary as an environmental activist with High Water Mark, her solo exhibition opening Friday evening at Orlando's Mennello Museum of American Art.

Not unlike Amazon's eponymous heroine, Lehr was unleashed on Manhattan during the late 1950s, where she had the opportunity to meet era-defining luminaries like Lee Krasner, Joan Mitchell, Helen Frankenthaler and Robert Motherwell, and even studied in Hans Hofmann's circle. "I feel that it was really up to every woman at the time, as an individual, to make the most of their opportunities." She doesn't dispute the Maisel comparison, admitting that "many people have told me that I remind them of the Marvelous Mrs. Maisel show, and some have said that in photographs of myself in New York in the 1950s that they see a resemblance." 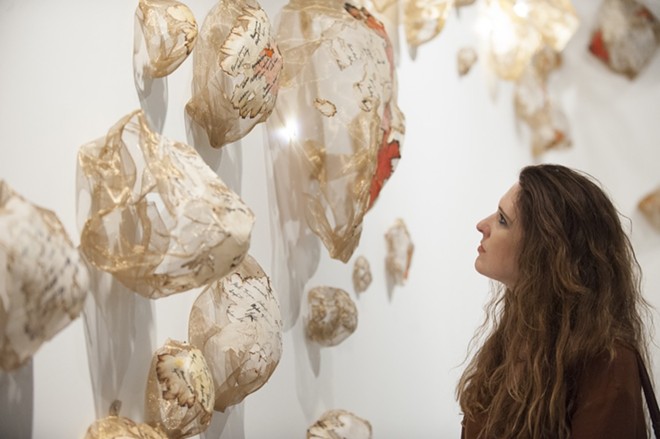 But whereas Mrs. Maisel's latest season ends in 1960, that's when Lehr's story was just getting started, as she arrived in Florida to discover "there was no art scene in Miami Beach; it was mostly tourism and nightclubs in the big hotels." To save herself, she says, Lehr founded one of the first women's co-op galleries in the country with fellow "stranded" women and invited renowned Abstract Expressionist artists from New York to visit.

The turning point in Lehr's career came in 1969 when she was one of only two visual artists invited by renowned futurist Buckminster Fuller – whose geodesic designs and book Operating Manual for Spaceship Earth inspired Epcot's famous sphere – to participate in his World Game, which tried to imagine new solutions for ecological problems.

Lehr remembers the project as "an exciting and magical time for me," and recalls Fuller "closing his eyes as though he was seeing his visions take place as he was talking. He could speak for five hours at a time." While Lehr thinks Fuller influenced her artistic style in a theoretical way, she calls her approach more organic and expressionistic, explaining, "I am not a hard-edge artist, although I am abstract."

Although Fuller's geometric theories didn't linger in Lehr's work, his influence directly instigated her 50-year focus on nature and the planet. As a Miami resident, she's witnessing the evidence of climate change from her front door, where rising seas and warming water are changing the local ecosystem.

"I see my creek changing from a pristine body of water to murky, garbage-filled river," she says. "During storms and heavy rainfall, the water is now coming into my backyard and into my driveways."

Lehr urges us to "recognize that we are on Spaceship Earth and we should run it efficiently as an actual spaceship. This way there will be enough resources to go around and every human being will be a success."

To express her urgent message, Lehr creates massive works of art like floor-to-ceiling sculpture of mangrove roots and a series of giant glassy resin panels suspended in air from a 7-foot steel ring. In order to create such monumental works, Lehr relies on assistants to do the heavy lifting. (She says, "I have a laser pointer that works wonders.") She praises the Mennello's team, led by curator Ginger Gregg Duggan, for "a great collaboration," especially on her site-specific "Mixing Currents" installation, which was developed through scale models and a preliminary pre-fabricated structure. 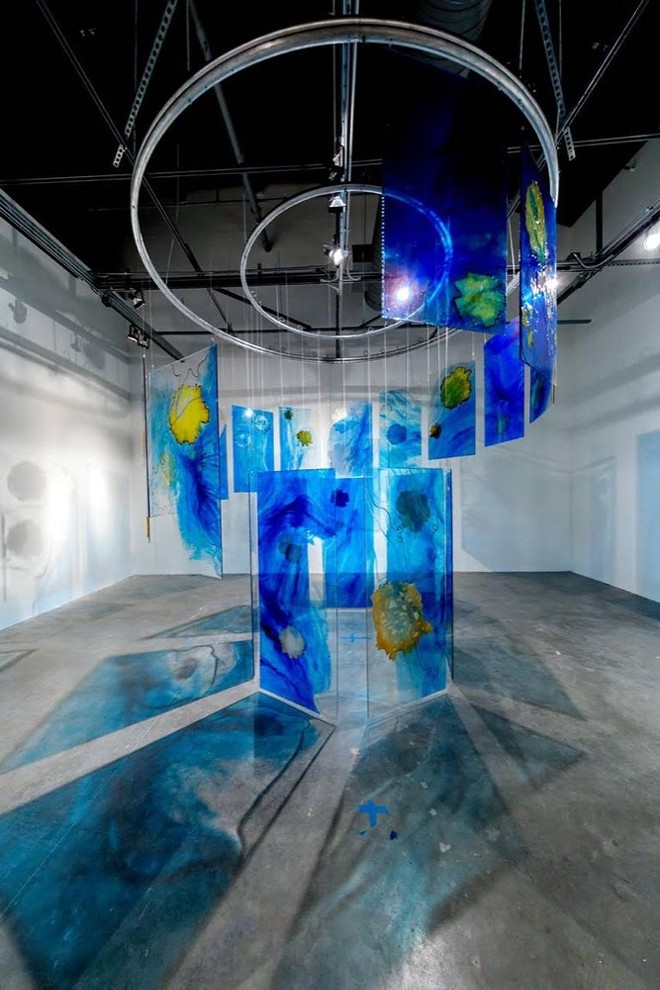 Nearly 60 years after moving to Miami, Lehr was recently honored with a headlining exhibit at Art Basel. "It has made my life so much more exciting to be recognized in this way," she says.

That internationally recognized event would have been unthinkable when Lehr originally arrived, and she observes that "although everyone likes to complain about the traffic and the crowds, I think we all secretly enjoy having such a major art festival in Miami. It has put us on the map!"

Even at the age of 85, Lehr says she has no plans to retire. "The excitement of discovery and creation keeps me going," she concludes. "I spent almost all my time doing my work and with every day there are new questions and new investigations. Slowing down does not fit into my plans."