Smoke grows around the e-cig industry 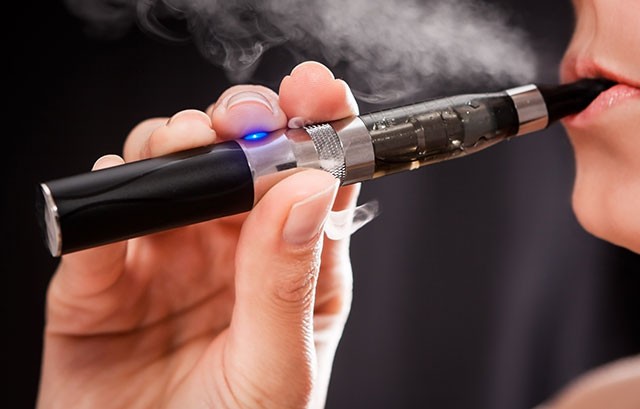 Much ado has been made about the FDA’s recent move to regulate the sale of electronic cigarettes. Just a few years ago, the FDA had tried to regulate them as drug-delivery devices, along the lines of nicotine-containing smoking-cessation products, like nicotine gum and patches, but monster e-cig manufacturer NJOY sued the FDA in 2009, and the U.S. Court of Appeals determined that e-cigs were tobacco products and could be regulated as such.

But health advocates weren’t satisfied – the e-cig industry has operated pretty much unfettered, despite concerns that the people who create e-cigs and the flavored “juices” they contain could be putting anything they want into them. Including chemicals, heavy metals and massive amounts of nicotine.

“I had a gentleman come in recently and said he was on 40 mg of nicotine,” says Diana Staples, co-owner/operator of Palm Beach Vapors in Oviedo. “I was like 40 mg of nicotine? Wow. Our highest level is 24 [mg]. There are rogues out there who can make them any level they want to.”

Staples is among the surprising number of owners of e-cig stores (though she prefers the term “vapor shops,” because she doesn’t like cigarettes) that approve of the FDA’s recent announcement that it would begin regulating the sale, manufacture and distribution of electronic-cigarette products. The new rules would make it illegal for stores to sell their products to anyone younger than 18 and to give away free samples; the new rules would also require that companies disclose the ingredients of their products and apply warning labels telling consumers that nicotine can be harmful to health. In addition to major e-cig companies like NJOY and Logic Premium, smaller mom-and-pops shops say they aren’t sweating the proposed new rules.

Staples says Palm Beach Vapors, which is a franchise operation, already has an 18-and-over rule, and the company makes its own juices using food-grade ingredients in a propylene-glycol and vegetable-glycerin base. She says she has no problem providing ingredient lists or warnings for consumers – and she says she thinks that most reputable companies should feel the same way. If they don’t, she says, it could be because they’re playing fast and loose with their products – something she says she has seen, particularly when it comes to nameless, faceless online operations that’ll sell anything to anyone.

“I think it’s a good thing that the FDA is stepping in,” Staples says. “I think a lot of people are afraid, but the people who are afraid are probably the people who should be afraid. I think there should be some regulations in a business that is $2 billion strong and will only get stronger.”