by The Pauses' Tierney Tough

Photo by Josh Martin The door at Will's Pub

"There's a lot to love about our community in general, its diversity and its loyalty, its commitment and generosity. I see as I travel that Orlando does not lack in creativity. The talent pool is vast and often times our food, wine, art and music scenes come together for a cause or a celebration and that's when you really feel Orlando at its best." – Terri Binion (singer-songwriter)

Orlando has always been misunderstood. We're known for our boy bands and middle-aged subpar rockers, theme parks, selfie sticks and outrageous news stories. But what outsiders aren't aware of are things like a vibrant punk scene, an exceptional and growing number of business owners, and an overly supportive community with so much crossover that never fails to come together. Especially in times of need.

"The size of Orlando as a city has helped develop a large enough scene to allow for diversity, growth and experimentation yet small enough for creatives to navigate easily. The amazing spirit and attitude of the people here allows for a tight-knit music and arts scene which, unlike other cities, is largely supportive rather than competitive and an incredible incubator across the board creatively." – Jessica Pawli (music booker and event producer)

As a promoter in the area for more than seven years, and a musician here for longer than I'd like to admit, I've been fortunate enough to have a front-row seat to the rich and unquestioning cultural atmosphere that this town has to offer. I've played, booked, and seen some of my favorite shows at the Plaza Live, and even sold merch in the same exact spot where Christina Grimmie tragically lost her life. As a teen, I drooled over the show calendar at Dante's (the venue that would later become Pulse), but was too young to go to any of them. Friends of mine and I have frequented places like Southern Nights and Hamburger Mary's; we shot part of a music video at the Parliament House while dancing with some of O-Town's biggest names in drag. Some of our best local bands and college radio DJs are members of the LGBTQ community, and have turned us all on to some truly great new music.

"Orlando is a very DIY-minded scene where everyone supports what you do and wants to help you do it. It's like kids in hardcore bands will get excited by their friends' pop bands at a local show, run down the street to a buddy's pop up avant-garde art show and then finish the night singing karaoke at the local bar. It has a little bit of everything." – Vanessa Brewster (Wet Nurse)

We're lucky to have alternative venues like St. Matthew's Tavern, the Space Station and Stardust Video & Coffee, which the LGBTQ music community has gravitated toward as safe spaces to hang and perform. And earlier this year, Will's Pub added a very straightforward sign to their door that reads, "If you are racist, sexist, homophobic, or an asshole, don't come in."

In addition to the mass turnout of sweethearts at blood banks, funerals and vigils, many members of the music and arts community have also been quick to help. Bands like You Blew It!, Teen Agers and Fortune Howl, along with film events like Uncomfortable Brunch, design gurus AIGA and countless other indie-culture groups, are all donating their efforts through music, apparel, art and screenings with proceeds going to the Center, a safe haven for Orlando's LGBTQ community.

"I've been putting events together in Orlando for 20 years. I've seen this community come together for itself and even strangers before. The amount of people trying to help/make it better is mind-blowing. It's really hard to grasp on to just one or two things." – Will Walker (Will's Pub) 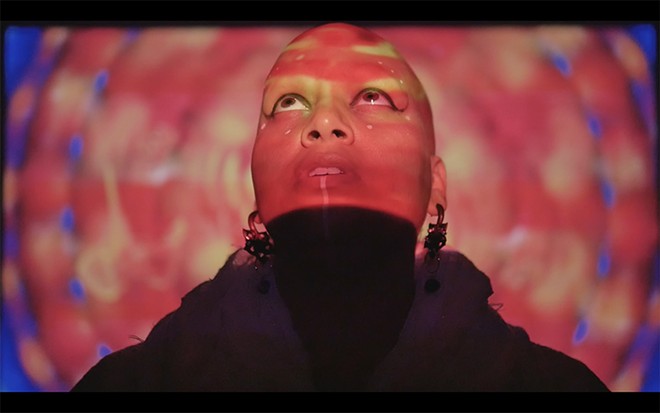 Several compilations have been put together to help boost the cause nationally. Local promoters SRB Productions' Forever Beautiful: A Collection of Love for Orlando features 49 tracks contributed by notable indie bands from all over the country (Rozwell Kid, Laura Stevenson, PWR BTTM, just to name a few). It's pay what you want, with all proceeds going to OneOrlando.

"Some cities could be genres in themselves. New York has a 'thing.' Chicago has a 'thing.' Los Angeles has a 'thing.' Orlando's 'thing' is so ambiguous, amoebic, and expansive, that I'm not sure it could really be defined, and that is what's wonderful about it. There's such a diverse amount of style in this city that the community is constantly inspired and always evolving. As a growing artist, Orlando's a wildly ideal community to be a part of." – Tanner Jones (You Blew It!)

In a sad coincidence, Alexandra Sarton (Solillaquists of Sound) debuted her beautiful new song "Pulse" at Chakra Khan's release show – on the very same night of the Pulse shooting; and she is generously offering it for free on Soundcloud. Concerts, dance parties, and a ton of other benefits have been set up all across town for what seems like every day over the next few weeks. There's so much happening that it's become overwhelming ... in a good way. We are a community who is strong and supportive and always has been. We're unfazed by who you are and will continue to be. That's the Orlando that I know.