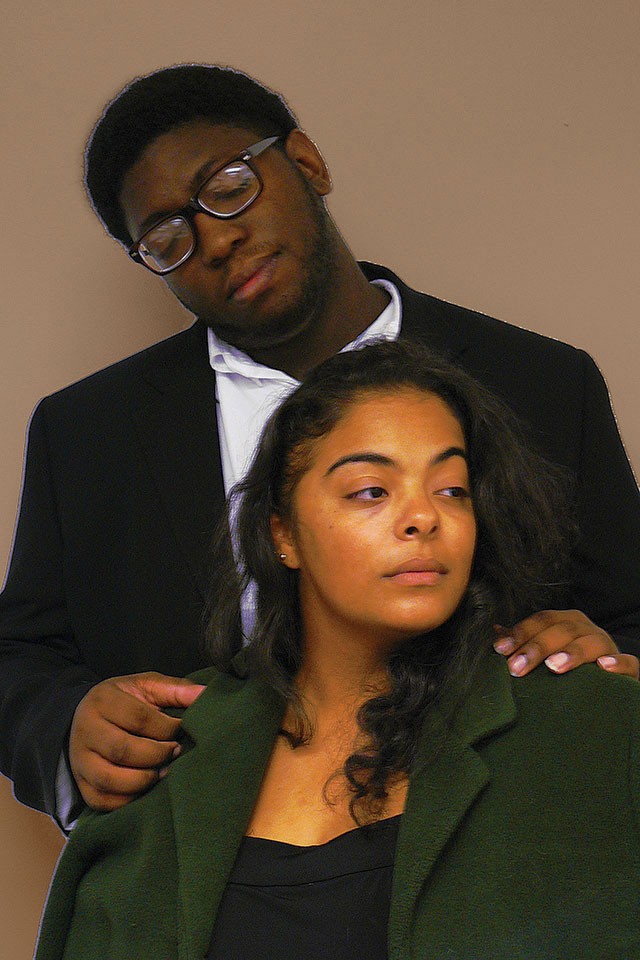 If you follow the arc of the output of writer-producer Joseph Reed Hayes, you start to see a pattern of self-imposed challenges built into his work. When the Orlando playwright won a professional development grant from United Arts, the end product wasn’t just a chance to present some hitherto-too-expensive work. The award seeded his first House Theater Project – a play performed in and streamed live from his own domicile – where he “sat and watched people’s faces more than the actors.” The wall between performer and audience had largely melted – with the space between them often just a couple of feet.

The game is to look for a hook in Hayes’ ongoing works – some are transparent, some less obvious and seen only through inference. This year the transparent game was his ambitious 13in13 series, in which Hayes posed himself the challenge of presenting 13 events in various disciplines (and with varying outcomes; he didn’t quite make the 13 mark). Though Hayes is known for his interest in jazz – witness his Jazz on Edge series – in his two-actor play Solos, tackling the issue of class and the role of women as creatives throughout jazz history is the less-obvious engine.

“I’ve always seen this sort of corollary between theater and jazz, as possibly the only two art forms where improvisation is so crucial to what happens that every show you see is going to be different, merely by the nature of those human interactions,” the playwright says, explaining that signature hook in action.

When asked how much gender and class matters were on his mind while writing Solos, Hayes succinctly confirms, “100 percent.” Those twin issues of representation (or lack thereof) drive the play forward in single-decade leaps, act to act to act, creating a history of jazz’s many forms out of the story of two people.

“When you look at the character of Blue Miller, there is a common thread between the styles of music and what he goes through. So he starts out rather light and swingy, and he’s much deeper during the bebop period, and has those same sort of aggressions and doubts and chaotic nature when we turn free,” Hayes says. “[And] if you’re not versed in the music … it doesn’t matter, because it’s a play.”

In Solos, Michael Sapp plays jazz trumpeter Blue Miller, whose love life is overtly stoked by Ellie Grace (Desiree Perez) after meeting her on New Year’s Eve of 1939; he’s playing in the hotel her father owns. As Miller finds fame, Ellie’s covert skill as his ghosting songwriter drives the three-act drama via the direction of Paul Castaneda. As a romantic meet-cute, Solos might ring familiar with a contemporary audience, but looking at the history of jazz music, you can start to follow the real rhythm. Despite Hayes’ statement above, knowing your jazz history could also help you follow the overarching narrative between Ellie
and Blue.

On the issue of class, jazz music has a sordid past. It’s a lingering problem, if you look at how our institutions present and compensate one of the few uniquely American art forms – especially as compared to European concert music, e.g., symphonic orchestras playing music written by dead white men. Early on, jazz was a
pneumatic, metronomic device, literally driving the tempo of business in New Orleans’ Storyville district whorehouses. The Ellie Grace character in Solos is from a family with no dealings in that sort of business, leaving her to sublimate her considerable songwriting talents through her trumpet-playing partner.

Yet another reason Ellie can’t make it without Blue: The history of gender in jazz hasn’t been its proudest moment, either. Ladies singing out front has been acceptable throughout, but the mythos of women as creators has dragged doggedly behind for well over 50 years, short-sheeting the likes of composers and players Mary Lou Williams and Melba Liston. Solos addresses and drives a traditional theater piece with this premise. (Want some confirmation of the playwright’s assertions? Wynton Marsalis, though an unimpeachably fine musician, has become our Will Rogers of jazz history: Look up the internet chatter on his 25-year-old Lincoln Center Jazz Orchestra having never given a female instrumentalist a seat in the band.)

New York composer Brian Groder has been a common denominator in Hayes’ Jazz on Edge series, and the trumpeter’s music is the interstitial force of mood and foreshadowing in Solos. The play runs at the Shakespeare Center with Groder’s prerecorded music Dec. 6-8; the final performance, Dec. 9, features the fine Tampa Bay-area band La Lucha performing live.