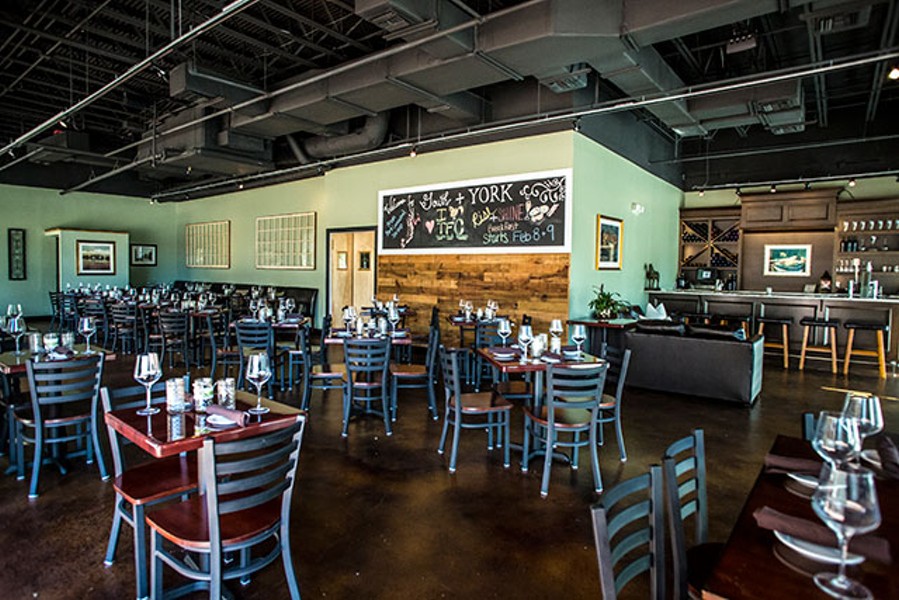 It's been a long time coming, but the former Harmoni Market/Wildside BBQ/Hangar Grille space in College Park is getting a restaurant that might actually last. Armando's Cucina Italiana & Pizzeria will open its second location in the Edgewater Drive space after completing some renovations.

South + York, the Winter Springs farm-to-table resto that held much promise but needed some work, has closed.

In the tourist sector: NY-based McFadden's Restaurant & Saloon will be a part of I-Drive 360 complex with great views of the Orlando Eye; Gourmet grilled cheese outfit Tom + Chee opens at the Crossroads Plaza in Lake Buena Vista in April; Spoleto Italian Kitchen opens a second location in the Florida Mall in June, with a third location set for August in Winter Park Village. The Whiskey, a craft cocktail and burger bar going into the former Cricketers Arms space in Dr. Phillips, will serve a $100 burger when it opens in March, and further, they plan to stage Food Fight – an Iron Chef-style showdown – soon after opening. Details TBD.

Dude! The White Castle Food Truck rolls into Fun Spot Orlando Feb. 19-20 and Fun Spot Kissimmee Feb. 21-22 ... The 9th Annual Blues B-Q takes place downtown at the City Commons Plaza 4-10 p.m. Saturday, Feb. 28 ... Finally, some sad news to report: Gail Givoglu, co-owner and founder of Mediterranean Blue, passed away Feb. 2 at the age of 56. Our thoughts and prayers go out to the family.