Plus more streaming premieres this week 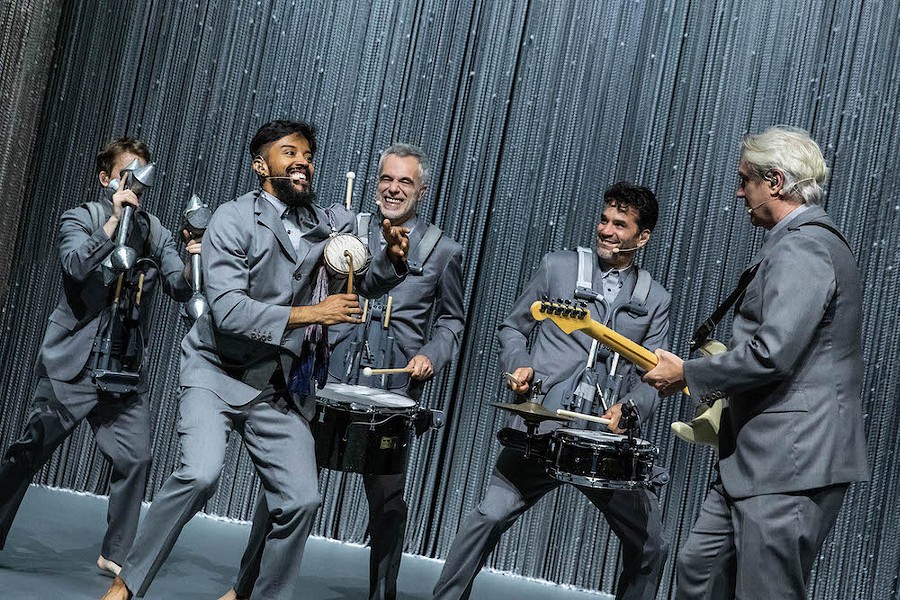 Premieres Wednesday: Blackpink: Light Up the Sky – Let documentary cameras take you behind the scenes of the biggest female K-pop act on the planet. And if you watch with the subtitles on, they tell you how to really mess up a Trump rally! (Netflix)

Premieres Thursday: The Mortuary Collection – The anthology format of classic schlock features like The House That Dripped Blood lives on in this collection of fear tales told by a mortician to his new young hire. I bet they're not one-tenth as revolting as the stuff I used to hear from my manager at Subway. (Shudder)

A West Wing Special to Benefit When We All Vote – The cast of every HuffPost reader's favorite show performs a staged rendition of one of its classic episodes, to raise awareness of Michelle Obama's voter-participation initiative. Next week: Ninety minutes of the gang from JAG chanting "Can I see some ID?" (HBO Max)

Premieres Friday: Clouds – A biopic about Zach Sobiech, the 17-year-old singer whose music went viral after he was given six months to live. And by the time Spotify had taken their cut, it was down to four! (Disney+)

Grand Army – Fall in with the student body of a Brooklyn high school for nine episodes of dramatized racist incidents and sexual abuse. Interestingly, the show's production was marred by allegations of ... race-based abuse. These Method folk are getting crazier all the time. (Netflix)

La Révolution – A deadly virus and a string of suspicious murders are among the key plot points in an alternate history of the French Revolution. Listen, I'll take anything that doesn't have Russell Crowe singing. (Netflix)

Meet the Chimps – Six documentary installments clue us in to the goings-on at a Louisiana refuge for chimpanzees. Interestingly, the show's production was marred by allegations of poo-flinging. (Disney+)

The Perfect Weapon – Learn all about the dangers of international cyber-warfare in a documentary that's arriving just in time to discourage you from voting. Take that, Michelle Obama! (HBO Max)

The Trial of the Chicago Seven – The infamous Yippie railroading of 1969 is re-enacted by an A-list cast that includes Michael Keaton, Sacha Baron Cohen and Joseph Gordon-Levitt. Writing and directing by Aaron Sorkin means you should brace yourself for a surprise confession. Maybe Abbie Hoffman will out himself as the Lindbergh baby! (Netflix)

Premieres Saturday: David Byrne's American Utopia – Byrne's recent Broadway extravaganza is captured for posterity by director Spike Lee. Now there's a pairing that could net you $1,000 in the Jeopardy category "Strange Bedfellows of the '80s." At least until somebody hooks the Hudlin Brothers up with Björk. (HBO Max)