Spring Break is here, so we’re taking a first look at new attractions at all three major Orlando theme parks 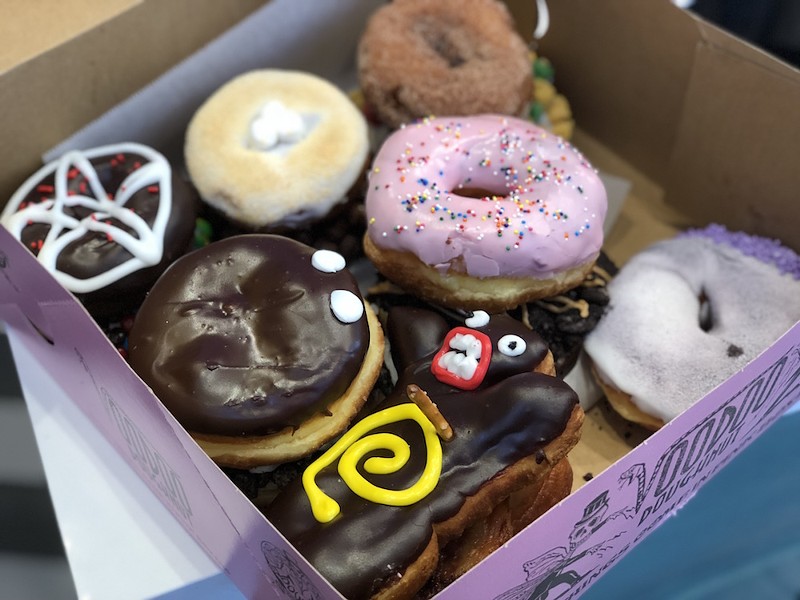 Universal reawakened Orlando's water park wars with last summer's debut of Volcano Bay, so now Aquatica is striking back with an innovative new hybrid raft ride. Ray Rush is still very much a work in progress, but SeaWorld invited me for a hard hat tour of the construction site. Which is how I ended up spending last Thursday morning shivering in a plastic helmet, while hearty tourists splashed away six stories below.

The new slide, which replaces the opening day HooRoo Run raft ride, shares a 60-foot tower with Walhalla Wave, and features three never-before-combined elements from WhiteWater into its 508 feet: a MasterBlaster water-jet launch, a translucent AquaSphere, and a manta-inspired half-pipe that lends the attraction its name. Signage in the queue will support the theme, and the space underneath the slide (which is currently a field of dirt and construction debris) will soon be landscaped with 200 loungers.

Aquatica vice president David Heaton told me that Ray Rush is designed to "exploit what our strengths are [as] a very family friendly park," so kids 42 inches and over can join their parents in a four-person circular raft, but he still predicts it will rate "in the 8 to 10 range" on the thrill scale. "I think our guests will really enjoy the dynamics and the unique elements of this ride. It just refreshes the park." While he didn't have an exact opening date to announce beyond "later this spring," Heaton did guarantee that when Ray Rush does debut, its water will be heated to 82 degrees, like all of the park's pools.

Pirates of the Caribbean at Walt Disney World:

Just when the din had died down about the Hall of Presidents installing its animatronic Donald Trump (accompanied by a decorative spiked railing, lest anyone leap onstage), the Magic Kingdom has again made headlines by modifying its mechanical cast. Last Monday, the classic Pirates of the Caribbean ride reopened with the iconic "wench auction" reimagined as a sale of pillaged goods instead of captured women. The coquettish Redhead, formerly the object of the looters' lust, has become a liberated pirate queen and now leads the chant, "We want the rum!"

Unfortunately, Pirates pooped out on its reopening morning, making for an unhappy crowd of fans hoping to be the first to set sail. I used a FastPass to ride the following day, and found the change executed tastefully, if with a few flaws. The new Redhead animatronic is impressively fluid – and bears a suspicious resemblance to Maureen O'Hara from the extinct Great Movie Ride – while the rerecorded dialogue between her and the auctioneer (a sound-alike for the late Paul Frees) is so sharp it makes the rest of the soundtrack sound muffled.

Sadly, the rewritten script strains to fit terrible chicken puns into the original's rhythm, turning the ride's most quotable scene into a groan-fest. But it's worth noting that, according to Jason Surrell's Pirates of the Caribbean: From the Magic Kingdom to the Movies, Walt himself expressed unease with the scene before his death, asking if it was "quite 'Disney' or not?" And the Redhead's new design is directly inspired by Imagineer Marc Davis' original concept art. So, if it gets the lighthearted rape out of a family ride, I say "Yo Ho."

I was hoping to have a review of Universal Studios Florida's upcoming Fast & Furious simulator by now, but there's been no sign of previews yet, so instead I stuffed my face with a Voodoo Doughnut, which soft-opened at CityWalk last Saturday afternoon ahead of a mid-April debut.

I was among the first few dozen members of the public allowed inside the Portland bakery's first East Coast location, and emerged from the vibrantly decorated shop holding their signature pink box, containing a baker's dozen of candy-laden carb-bombs with kooky names like Grape Ape, ODB and the Voodoo Doll. The cake and risen yeast pastries underneath are good, but it's the decadent toppings that take Voodoo Doughnuts over the top, and at $1.50 to $3.70 apiece, they're a pretty good value for theme park snacks.

Before you gorge on doughnuts (but definitely not immediately after), visit Islands of Adventure and check out the new imagery inside Harry Potter and the Forbidden Journey. It appears that Orlando's Hogwarts Castle has quietly received the same 4K Ultra-HD high-frame-rate projections used by its younger siblings in Hollywood and Japan. Not only have the ride's three simulator domes recently become brighter and sharper than ever before, revealing greater color and detail with less fatiguing flicker, but the footage has been reanimated with subtle differences: the dragon breathes more fire, the Golden Snitch hovers closer, and Potter's Patronus is more pronounced. The improvement isn't quite as extreme as Spider-Man's 4K upgrade but should be welcomed by riders who were made woozy by the muddy prior projections. Now if only they bring Hollywood's extra scary Dementor animatronics to Orlando, I may never have to visit L.A. again.