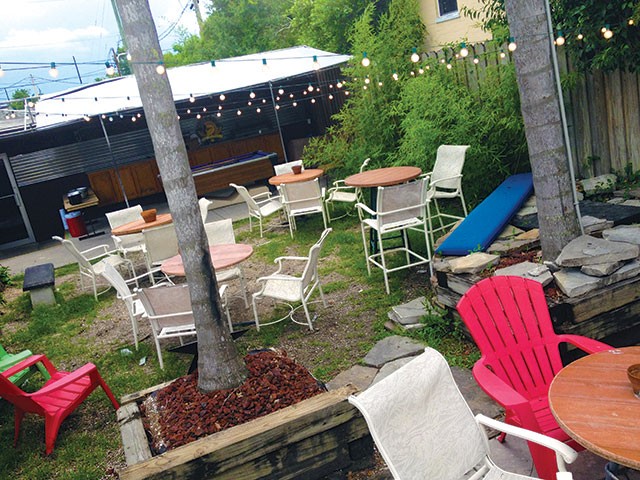 From Paradise to Orlando Nights to its current incarnation as St. Matthew’s Tavern, the property at 1300 N. Mills Ave. has undergone a number of facelifts in the past few years. This summer, it’s undergoing still more.

No reason to fear, however: St. Matthew’s Tavern isn’t going anywhere. Instead, the thriving church-bar hybrid is undergoing a hefty expansion as owner Matthew Fassl reveals plans to open the Orlando Beer Gardens.

“The beer garden idea is what we started with when we first bought the place, so it’s good to finally get it into gear now,” he says. “Beer gardens are such a huge thing in other cities and countries, and there’s been [a lack] here in Orlando.”

Fassl’s Orlando Beer Gardens will occupy the patio space behind the building, the concept drawing inspiration from the traditional German biergarten concept. Renovations include some new fencing, an outdoor bar, and an ambitious floral addition in the form of a blossoming canopy of jasmine and hops vines.

According to Fassl, the opening of the Orlando Beer Gardens is just one of a number of proposed changes to the bar. Other items on the agenda include full exterior stucco resurfacing of the tavern, and plans to begin producing and selling a special St. Matthew’s brand of craft brews at the tavern.

“We want to start with at least two beers: a mellow wheat beer and a hoppy IPA,” says the tavern’s new resident brewmaster, Dane Calder. “The idea is to keep it as local as possible: We want to grow the hops on site, and the wheat would at least be sourced from a Central Florida distributor if we couldn’t manage to produce it ourselves.”

If plans go as intended, Mills 50 bar crawlers and beer aficionados will be able to add the bar’s unique creation to their lists of favorite local craft brews by summer’s end. While the renovations will take up much of the coming months, St. Matthew’s Tavern will remain open seven days a week throughout. (St. Matthew’s Tavern is located at 1300 N. Mills Ave.; orlandobeergarden.com)