Storm or not, the Hurricane cocktail is a drink for all seasons

The lack of an actual hurricane doesn't undermine the choice of a Hurricane cocktail to remix this month – because, according to historians, the drink was never actually named for the weather event at all.

In the 1920s, Pat O'Brien (whose bar still goes strong on Bourbon Street today) ran a New Orleans speakeasy called Club Tipperary. "Entrance to the club depended on knowing its password: Storm's A-brewing," Elizabeth Pearce writes in Edible New Orleans. Rum was in abundant supply, but unfashionable, and liquor suppliers wouldn't sell bars the hard-to-get whiskey they wanted unless they also purchased several cases of rum. Faced with an oversupply of rum, Pearce writes, O'Brien "challenged his bartenders to create a new rum-based drink, and the Hurricane was born. Its name was inspired by his 'Storm's A-brewing' password and O'Brien served it in an iconic hurricane-lantern-shaped glass." 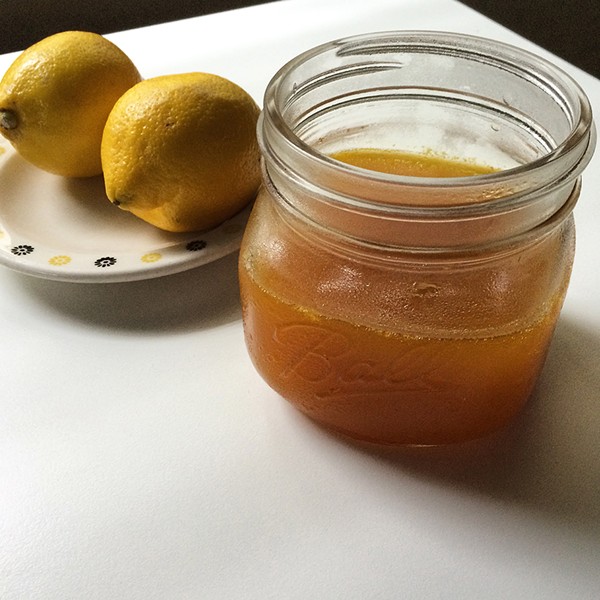 So now that we've separated the cocktail from the climate, let's talk about the drink itself. This tiki-bar classic began as a simple mix of passion fruit syrup, rum and lime. As time's gone by, it's become a bright-red cavity-causing glop of pineapple juice, orange juice, grenadine, maraschino cherries and a whopping 4 ounces of rum. Often, it's made from a powdered mix (sold by Pat O'Brien's, sadly enough). It's one of those drinks that's in a class with the Long Island Iced Tea – the "get fucked up" class.

So to start with, I "unmixed," rather than remix. The original recipe – dark Jamaican rum, lime juice and passion fruit syrup – was tasty, but it was still awfully sweet. So I set myself the challenge of making a more sophisticated Hurricane.

First things first: You can buy commercially made passion fruit syrup – Trader Vic's or Monin are acceptable, but they're no easier to find in stores than frozen passion fruit pulp (look in the supermarket freezer case near the Goya products). Fresh-made tastes a thousand times better and it's stupid simple to make. Once I had my syrup and it was cooled to room temp, I mixed rhum agricole – it has a more assertive flavor than plain white rum – with a shot of overproof aged rum (a tip of the hat to tiki culture, the only reason an adult should mess with 151). I swapped out the lime for lemon, which, when mixed with the hot 151, creates an almost peppery spiciness, then added just a titch of Chartreuse, for a shadow of bitterness. And there you have it – a tiki drink for people who don't like sweet drinks.


Add all the ingredients to a shaker with ice. Shake, then strain into a hurricane glass full of ice. Garnish with an orange slice and two or three cherries.

Add all the ingredients to a shaker with ice. Shake, then strain into a rocks glass. Garnish with an orange slice.