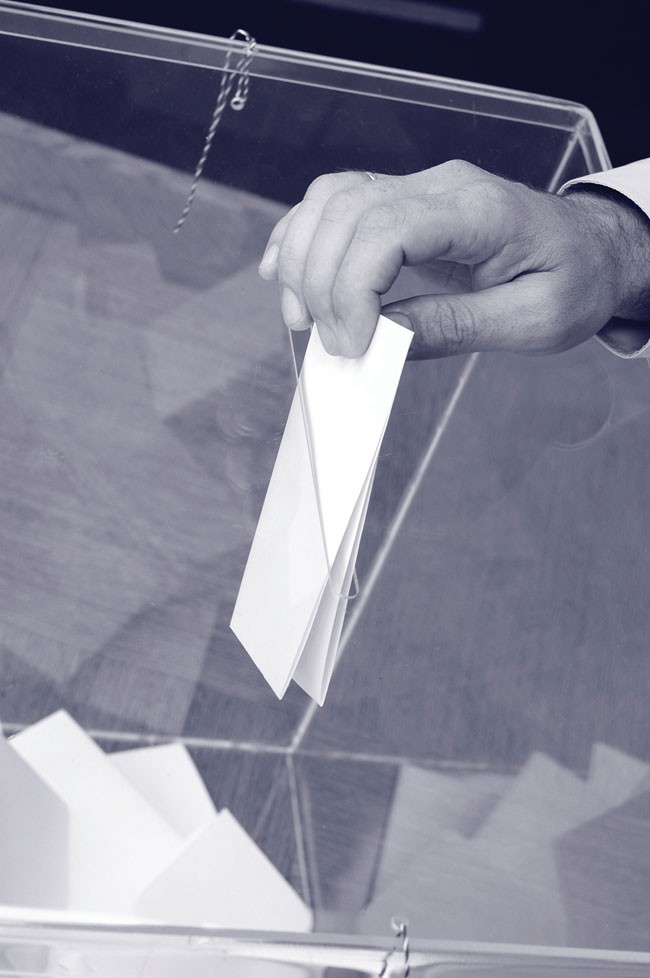 Voter fraud is virtually nonexistent in America, but this imaginary crime still serves to justify a wave of onerous new voter registration laws – often requiring a state-issued photo ID – that Republican legislators have rapidly spread across the nation. The implications for the 2012 elections are huge.

“The overall idea is pretty obvious,” says Frances Fox Piven, author of three books outlining America’s unusually harsh and restrictive voting laws. “Both parties expect close elections in 2012, and if you peel off just a couple percentage points, you can determine the outcome.”

Piven points to Wisconsin, where protests over a law passed earlier this year rendering public-employee unions toothless were followed by the imposition of a restrictive voter ID law by Gov. Scott Walker and Republican majorities in the state Legislature. “We saw labor protests of unprecedented size and intensity over limiting their voice as workers,” Piven says. “And then [protesters] were greeted with a law to limit their power electorally, too.”

With the corporate-funded American Legislative Exchange Council promoting voter identification, eight other states also passed restrictive new laws this year, including Florida, bringing the total number of states with such laws to 30. Another 16 states have seen similar ID laws introduced in 2011. Only a veto in June by New Hampshire’s Gov. John Lynch (D) prevented the passage of a law using residency requirements to diminish the voting of, as the state’s House Speaker William O’Brien (R) described them, “liberal” students.

On its website, ALEC – whose funders include billionaires David and Charles Koch (Gov. Walker’s second-largest source of direct contributions) – describes how a 2008 U.S. Supreme Court decision makes it easy to impose new restrictions on voting rights: There “was no requirement that Indiana show prior evidence of impersonation fraud in Indiana to justify a voter ID law.”

Indeed, such evidence is nonexistent. Federal records “show that only 24 people were convicted of or pleaded guilty to illegal voting between 2002 and 2005,” according to “The Politics of Fraud,” a Project Vote report written by political scientist Lorraine Minnite. Similarly, the Brennan Center for Justice, a policy and law institute at New York University, concluded, “It’s more likely that an individual will be struck by lightning than that he will impersonate another voter at the polls.”

But Republicans have dismissed the absence of evidence and instead are striking with lightning-like speed to ram through stringent new requirements for voting. The Wisconsin law, which requires state-issued voter IDs, voter signatures, longer residency requirements and other procedural barriers to voting, was described by Jay Heck, state director of the nonprofit citizen’s lobby Common Cause, as “the most restrictive, blatantly partisan and ill-conceived voter identification legislation in the nation.” The new law will make it much harder for those who lack driver’s licenses, which includes 23 percent of elderly Wisconsinites, 59 percent of Latina women and 78 percent of African-American men ages 18 to 24. These people will need to acquire state-issued photo identification to vote. Existing photo IDs for students fail to meet the new standard.

Wisconsin State Sen. Timothy Carpenter (D) has already heard from senior citizens who have encountered difficulty while presenting the proper documents to the Department of Motor Vehicles, which is supposed to issue free voter IDs. “It’s a passion for senior citizens to vote, but a lot of people are being slapped back,” he said.

“The easiest thing for mom would be to get a new passport, which would be quite expensive [$135]. But we live on her Social Security payment,” Jeffrey Winslow says. “It’s not a happy situation, but she’s determined for them not to take away her vote.”

Disenfranchised in the Sunshine State

In Florida, similar voter limitations proposed in ratified HB 1355 during the 2011 legislative session have sparked considerable opposition. The state’s new election law – which includes provisions that cut early voting back from 14 days to eight, mandate provisional ballots (which are only counted 50 percent of the time) for those who switch counties prior to an election, force third-party voter registration groups to return their forms within 48 hours or face a fine, and restrict the duration of the validity of a voter’s signature on an initiative petition from four years to two – is already a done deal in most of the state.

But there is a hitch. The four contentious provisions listed above await federal approval (or pre-clearance) for just five of Florida’s counties – Hillsborough, Collier, Monroe, Hendry and Hardee – due to provisions outlined in the 1965 Voting Rights Act intended to protect against the suppression of minority votes. In what appears to be a strategic move, it is those four provisions (out of a total of 80 put forth in the bill) that were singled out for pre-clearance by Gov. Rick Scott’s administration via Secretary of State Kurt Browning. Just this month they were removed from the standard Department of Justice review and referred to a three-judge federal panel for further consideration.

The League of Women Voters of Florida, which has already promised to halt its voter registration efforts in light of the possibility of substantial fines for volunteers, responded optimistically to the move.

“We remain hopeful that the federal court will give these sections of HB 1355 a very close look, as we believe that these sections unfairly reduce opportunities for registration and voting and will have a particularly negative impact on Florida’s minority voters,” LWVF First Vice President Pam Goodman said in a statement.

There is cause for concern. Democrats fear that one of the law’s already approved sticking points – that voters must present photo identification like a driver’s license at polling places – carries with it the stigma of Jim Crow laws, which pushed literacy tests and poll taxes upon minorities in the South. Also, the requirement that the address on that license be current could cause trouble for traditionally more mobile minority populations and for students – both of which tend to vote for Democrats – and the elderly who are less likely to drive.

“It is increasingly apparent that there are forces within the state government that will try any means possible to suppress the minority vote,” the American Civil Liberties Union of Florida said in a statement. The ACLU filed a federal lawsuit against the controversial portions of the law in June and a subsequent federal complaint just last week. “As Jesse Jackson has stated, we fight wars for democracy abroad and then declare war on democracy at home.”