Swans to play the Social 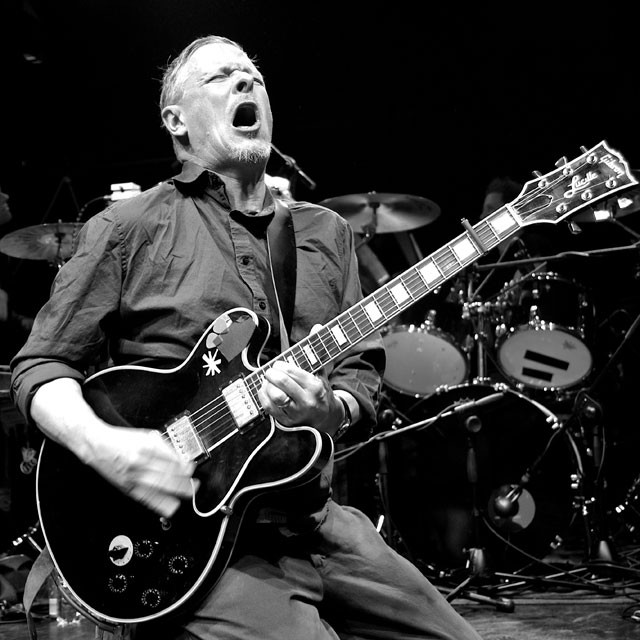 If you want to imagine what Michael Gira is like, he's sort of the antithesis of Justin Timberlake. Gira, who's closer to pole dancing in a dank German S&M club than he is to pop music, is a former art school student from California who dropped out, moved to New York and founded one of the most unique acts of the early '80s, Swans.

Their tumultuous, thundering industrial grind was unrelenting and intimidating, mimicking the repressive aspects of society with deep-set stultifying grooves and torturous lyrics – in the slow dirgey "Raping a Slave," it's the repeating phrase, "you burn out your heart"; in the clattering lock-groove "Money is Flesh" it's the mantra, "you deserve it," sung like some recompense from the music's repetitive misery.

"It eschewed regular rock or pop chord structures and dealt mostly with sound," Gira says now. "That was liberating to think you could make an emotional piece of music without having to revert to three-chord punk rock or other kinds of tropes."

In the later '80s, the band explored more dynamic, textured and melodic sounds by incorporating the ethereal vocals of Jane Jarboe, but the legend of that early, grim, implacable roar would haunt the band, fixed in people's minds like the unremitting factory din in the background of David Lynch's Eraserhead.

By the mid '90s, the expectations and history felt constricting, so Gira buried the band and started Angels of Light to explore music as light and airy as Swans were dank and ponderous. That continued for almost a decade before he reached another wall. He'd written some songs, but they weren't working. Only when he applied more of a Swans' mindset did they come to life. So he called up old guitarist Norman Westberg and disinterred the band.

"It was a portal to new possibilities as opposed to staying in one place," he says. "I wanted to challenge myself and also experience the joy of being in the swirl of noise Swans could make. So I just did it because I'm free and I can do whatever the hell I want."

The reformed Swans are more of a synthesis of what's come before. That's even more apparent on their new double album, The Seer, than 2010's return, My Father Will Guide Me Up the Rope to the Sky. Light and dark intermingle while the epic and bite-size lay hand-in-glove.

So the stark 95-second "The Wolf" immediately precedes the 32-minute tour-de-force title track. Between the long elegant tracking shots and the bursts of mis-en-scène, it's enthralling cinema as music.

"There are some songs on the record and more traditionally oriented songs, and I think those sound more effective juxtaposed to the soundscape or rhythmic journeys. They sound more poignant," says Gira. "It's like a soundtrack that has lots of hills and valleys and goes into different terrain and that's how I make an album, really juxtaposing one thing against another, and one thing informs the other and it gradually takes a shape."

"It's like wrestling with a leprous gorilla," he continues. "That mess on the floor is the record."

Forget the clean-up on aisle four. Bring your camera, because it's a work of art.

Swans play the Social on Tuesday, Oct. 16 with A Hawk and a Hacksaw.