Synth-pop sensation John Maus brings the future to the present 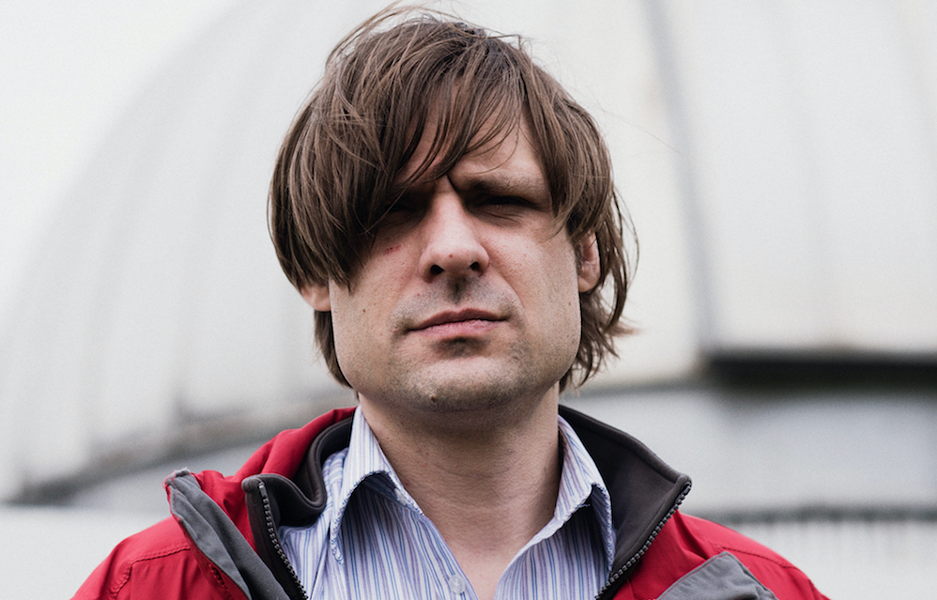 If you want a vision of the future of music, imagine a man pounding a clenched fist against his own head – forever. He's wearing a button-down shirt drenched in sweat. Occasionally he screams at the top of his lungs. His name is John Maus, and his idea of the future is bleak but believable.

"People will stop making music," he predicts. "Barring some sort of disaster, the likely course that impulse will take" is the development of technology that "spontaneously generates music," with devices "trained to dream up a sonic stimulus to achieve an effect in the listener in real time." Following a brief pause, he adds, "Or people might just get bored."

Despite his seemingly cynical take on technology, Maus has slowly warmed up to the endless possibilities of automated music composition. "Music is doing really strange things, in terms of where it's coming from," he notes. "The technology opens up all sorts of new avenues." While it's getting easier to "make" music, he wonders if a process based on algorithms compromises the spirit of the art. "Prudence is correct doing," he says, but "art is correct making."

And when it comes to making art, Maus knows what he's doing. For the better part of two decades, he's crafted a brand of synth-pop that stands out from his contemporaries – and for good reason. As a dedicated scholar of Western classical composers, his influences and sound eclipse those of the '80s revivalists with whom he is often compared. But this distinction hasn't always worked in his favor.

After breaking into the lo-fi pop scene as a collaborator and bandmate of Ariel Pink in the early 2000s, Maus released two solo albums (Songs in 2006 and Love Is Real in 2007) that for some reason received generally negative reviews. Only after his third full-length, We Must Become the Pitiless Censors of Ourselves, did his reverb-heavy sound resonate with audiences.

Named after one of the "Fifteen Theses on Contemporary Art" outlined by French philosopher Alain Badiou, the 2011 album marked a turning point in Maus' musical career. Its widespread acclaim prompted critics to revisit his previous albums, which through some sort of magic sounded much better the second time around. One year after the release of Pitiless Censors, the demand for more Maus was satisfied with A Collection of Rarities and Previously Unreleased Material. Shortly after the compilation's release, the Minnesotan maestro disappeared from the public eye.

Rumors surrounding his departure from the spotlight circulated in his absence, but for the most part his whereabouts remained enshrouded in radio silence. Then, in 2016, he briefly reappeared with an electrifying performance of "Hey Moon" (his faithful rendition of the Molly Nilsson song) on the Adult Swim show Million Dollar Extreme, only to return to the shadows immediately afterward.

In 2017, Maus ended his hiatus with a bang. He emerged with a Ph.D. in political philosophy and two full albums of new music, which he wrote and recorded on a modular synthesizer that he built from scratch during an extended pilgrimage to his hometown of Austin, Minnesota. Yet, he still claims he didn't achieve what he wanted: "I bit off more than I could chew. Building my own instruments was a fool's errand."

While manually constructing his own synthesizers may not have provided the desired result, Maus claims, "It was rewarding as an exercise." Listening to the fruits of his labor – the 2017 comeback album Screen Memories and its 2018 accompaniment Addendum – proves that time has only sharpened his musical focus. Meanwhile, his approach to writing lyrics has remained the same. "I don't really have lyrics," he says. "On a lot of songs I'm just repeating the same slogan over and over. Generally it's just a question of something that fills the space, something that doesn't get in the way of the song. It's just words."