Syria is the Kobayashi Maru of foreign policy: a no-win scenario 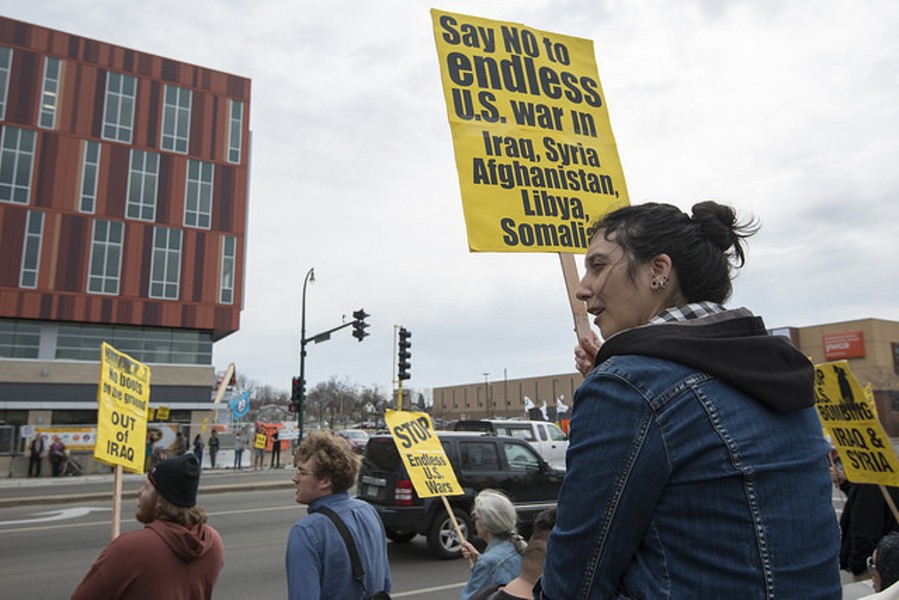 I awoke Friday morning to the not-entirely-unexpected news that President Trump had launched 59 Tomahawk missiles at a Syrian airbase, in retaliation for a chemical-weapons attack allegedly launched by Syrian President Bashar al-Assad Tuesday that killed more than 100 of his own people, including more than two dozen children. Trump had signaled his intentions Wednesday, when he said the attack was "reprehensible and cannot be ignored by the civilized world."

As military strikes go, it was fairly modest – "targeted," Trump called it; "symbolic," a former national security adviser told ABC News. The Syrians were apparently tipped off ahead of time and mostly cleared out. As of Friday morning, Syrian officials were reporting that 16 military personnel had been killed on the airbase and another nine civilians (including four children) had died when three missiles struck two nearby towns. But it was enough to escalate tension in an already troubled and war-ravaged region and bring us one step closer to ensnarling ourselves in yet another conflict from which there won't be an easy escape.

And yet I found myself grappling with conflicting, sometimes antithetical, feelings on the subject. Because Syria doesn't lend itself to black-and-white analysis. In exactly the same way as innocent people will die if America intervenes, innocent people will continue to die if America does not. Passivity, like action, is a choice that has its own set of consequences. Syria is the Kobayashi Maru of foreign policy. It's a no-win scenario.

The first of these conflicted feelings is fear. Trump is impulsive, inexperienced and incompetent, plainly out of his depth, far more so than any president since humanity learned to split the atom. It wouldn't take much more than a stiff breeze or errant advice from one of the white nationalists roaming Mar-a-Lago to nudge us into World War III, particularly when dealing when forces he cannot begin to comprehend – Syria, after all, is backed by a nuclear-armed Russia, not to mention Iran. It's actually hard to imagine a less suited, more vainglorious man at the helm. That he attacked unilaterally, without consulting Congress, does not inspire confidence.

The second is anger, at the unmitigated hypocrisy of this moment in our politics. Not just at Trump – who campaigned as an anti-interventionist, praised Assad for "killing ISIS" and castigated Obama for wanting to intervene in Syria – who doesn't understand foreign policy enough to have any undergirding principles and thus can hardly be judged for not adhering to them. But also at the congressional Republicans, who are now tripping over themselves to laud the president's bold action after they lacked the courage to even vote on Obama's request for congressional approval to use force in 2013, following a much larger chemical attack outside Damascus that killed some 1,400 people.

The third is a sense of fecklessness: Even if you buy the notion that force was prudent, what good was lobbing a few missiles going to do? The Syrian civil war is now entering its sixth year, having claimed more than 200,000 civilian lives, including some 24,000 children; millions more are displaced and on the run (if you haven't seen the documentary The White Helmets, about aid workers who try to rescue victims from the carnage, do so). It is a humanitarian crisis of unimaginable scale. And most of it has been accomplished with conventional weapons.

If Trump's missiles convince Assad to never again deploy a gas attack, tens of thousands of Syrian civilians are still going to die. The civil war will still rage.

But then there's the fourth, a feeling somewhat at odds with the others: As much as I detest and distrust Donald Trump; as much as I abhor the thought of war in Asia or, worse, a world war; as much as I respect the progressive arguments toward nonintervention in a civil war; as clearly as I remember the body bags and ginned-up faux-patriotism associated with Iraq, the young men and women who died in the desert for a dumb war sold on lies – as undeniable as all that is, I also can't shake the feeling that Assad's atrocities have to be answered.

I can't look at the pictures of those children, ravaged and gassed, having suffered and died, murdered by a sociopathic war criminal clinging to power, and not wish to hasten the bullet that sends Assad to his end. Sic semper tyrannis.

I don't know how to square all of those thoughts. I don't know if there's a way for anyone to do so. I struggled the same way in 2013, when there was a much more thoughtful president in the White House, and I never reached a satisfying resolution. Perhaps there is none to be reached.

Which brings me to my last feeling: disgust. Thursday night at Mar-a-Lago, Trump said he ordered the strike because "even beautiful babies were cruelly murdered in this very barbaric attack. No child of God should ever suffer such horror." No, they goddamn well shouldn't.

But what Trump has done that's still in effect is lower the number of total refugees the United States is willing to take in, from 110,000 in 2016 to just 50,000 this year, and most of this year's quota have already arrived. If we start dropping bombs on Syria, we're only going to produce more refugees. And it's unconscionable for Trump to not open this country's arms to those "beautiful babies" before more of them are "cruelly murdered."