Get your fill of Formosan fare at this small, misnamed eatery 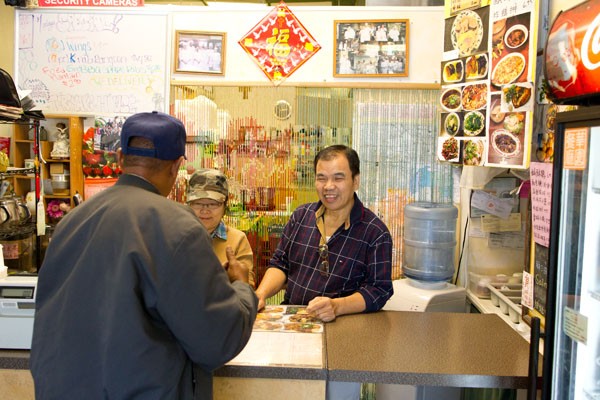 Teriyaki House is not a place to come to for teriyaki. That’s a fact, not an indictment – it’s just not a place to come to for teriyaki, or Japanese food in general. Teriyaki House, in actuality, is a modest eatery specializing in Taiwanese dishes, a downright rarity in this city. The name, if you’re wondering, is a holdover from the restaurant that previously occupied the space, though that was more than three years ago. The fact that the current owners, a delightful couple from the Taiwanese city of Taichung, haven’t bothered changing the restaurant’s moniker hasn’t been the least bit detrimental. Certainly, the scores of Taiwanese patrons didn’t seem to care and, ultimately, neither did we.

Teriyaki House is located on the southwest corner of Colonial Drive and Kirkman Road (behind the Burger King, if you’re looking for a marker), but it’s a tad difficult finding the small unlit letters of the marquee in the somewhat dark parking lot. “Home Made Chinese Food” is what it says on the door and, sure enough, their official menu is a hodgepodge of common Chinese-American fare. But the photos on and above the counter tell a different story. Point to any of the images and the kind, exceedingly patient proprietress will gladly proffer a description of each Formosan delicacy.

Having placed our order, we sipped jasmine tea ($3.25) and took in the quirky surroundings of Teriyaki House: Faded paintings of pastoral life hung next to framed verses from the Bible; a small TV airing Taiwanese programming provided a little entertainment in a room furnished with two booths and three tables. Seeing we were the only non-Chinese diners in the place, the chances of a less-than-savory experience seemed about as likely as a former Alaskan governor knowing the difference between the Republic of China and the People’s Republic of China.

We started with a heaping platter ($10.95) of bits and bites: aromatic sausage with a sweet essence; fatty pork belly; and egg and tofu slices topped with ginger and hot sauce. Nothing on the plate really stood out, but all items, especially the sausage, satisfied. While the flavor and texture of chòu dòufu (aka “stinky tofu,” $5.95), topped with garlic, cabbage and diced red chilies, was impressive, the fried squares were lamentably easy on the nasal passages. We all agreed that the butterflied milkfish fillet ($7.99) couldn’t have been grilled any better, though it took us a few attempts to figure out the most effective manner in which to fork the bone-abundant flesh. Three-cup chicken ($14.99) was about the only Taiwanese dish we were familiar with prior to our visit, and while it didn’t appear on the photo menu, they welcomed our request to make it. One cup each of soy sauce, sesame oil and rice wine go into the sizzling hot pot of cleaved chicken flavored with ginger, garlic and basil. Apart from the little bits of chicken bone, the dish was thoroughly gratifying; just allow them 20-25 minutes to prepare it. Fatty cubes of beef and slippery tripe added a hearty backbone to beef noodle soup ($6.95), a dish we felt obligated to sample as it was emblazoned on their business cards.

Apart from milky bubble tea ($3.25), there weren’t any sugary offerings, but that didn’t make our experience at Teriyaki House any less sweet. Here’s a restaurant thriving on word of mouth alone, and to those searching for distinct dishes from the Far East, Teriyaki House gives plenty to chew on.