Tara Reade, Joe Biden and the allegation that won’t go away: People will believe whatever they want to believe 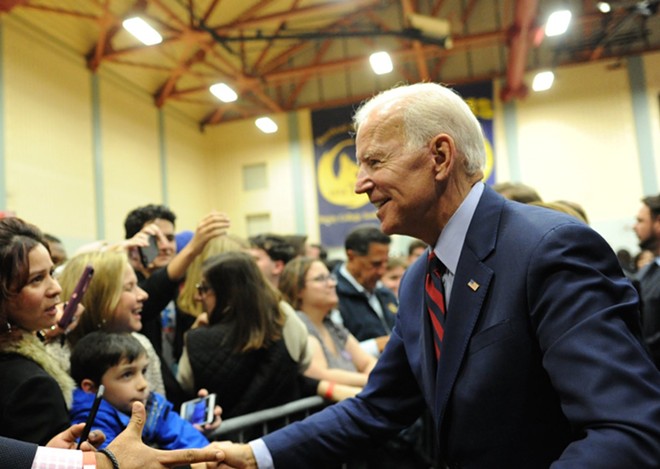 For weeks, Joe Biden’s campaign acted as if a rote denial was sufficient to snuff out an ember before it sparked. For a while, they were right.

The coronavirus helped keep Tara Reade’s story on the back burner. But the national media also greeted her claim skeptically, leaving it to progressives outraged that Democrats weren’t holding Biden to their own standards and MAGA propagandists eager to both-sides pussy-grabbing.

True, eight women – Reade included – had gone public in 2019 with complaints about Biden’s unwanted personal contact. But no one had accused Biden of sexual assault. Reade told the Associated Press that Biden had “rubbed her shoulders and neck [and] played with her hair.” She told a local California paper that she left Biden’s office in August 1993, after nine months, because she was sidelined after refusing to serve drinks at an event.

But even then, the AP later hinted, its reporters thought something didn’t add up. It didn’t publish details of an interview with Reade because it was “unable to corroborate her allegations, and aspects of her story contradicted other reporting.”

Still, this allegation – that 27 years ago, Biden digitally penetrated her without consent – was different. It wasn’t something Biden could shrug off. Scrutiny was inevitable. On April 12 – four days after Bernie Sanders conceded the Democratic primary – the Washington Post and the New York Times finally weighed in. The AP followed a day behind.

In short, Reade’s story is unverifiable, and there was enough ambiguity for you to believe what you wanted. tweet this

None of those stories delivered a clear verdict. Reade had corroboration in friends she’d told about an assault or harassment. Reade also said she’d told her mother, who was dead, and her brother, who changed his story in comments to the Post. There was also a written complaint Reade said she filed that no one could locate, and no one who worked in Biden’s office back then said anything like this happened.

In short, Reade’s story is unverifiable, and there was enough ambiguity for you to believe what you wanted.

Then a video surfaced of a 1993 Larry King Live episode in which an anonymous caller who Reade says was her mother asked what her daughter could do about a problem in a Senate office: “My daughter has just left [Washington] after working for a prominent senator, and could not get through with her problems at all, and the only thing she could have done was go to the press, and she chose not to do it out of respect for him.”

The caller did not mention sexual assault or harassment. But it was evidence that she told her mother that something was amiss during her time there.

Right after that, another former neighbor told Business Insider that Reade had told her about the assault in the mid-’90s.

From there, things picked up: a Daily Beast story questioning Dem-aligned women’s advocacy groups’ silence; a Times story about Democrats’ frustration with Biden’s silence; Republicans calling Democrats hypocrites for not “believing all women.”

By Friday, silence was no longer an option. Biden went on MSNBC’s Morning Joe, categorically denied the charge, and asked National Archives to release Reade’s complaint. On Saturday, Reade told the AP that she filed a “limited” report with a congressional personnel office that did not accuse Biden of abuse or harassment. In other words, if it’s found, it won’t say anything revelatory.

So we’re back where we started: You believe it if you want; you don’t if you don’t.

That’s something I’ve spent the last week wrestling with: Instinctively, I don’t think Biden did it. But I think that because I want to think that.

To be clear, I’m not a Biden superfan. (Do those exist outside of Acela-corridor pundit circle-jerks?) He wasn’t my choice in the primary, though I don’t want him to lose to Donald Trump, whom I view as an existential threat to Western democracy. I’ve always imagined him as a decent if sometimes oafish guy. The Anita Hill hearing wasn’t his finest hour. His invasions of women’s personal spaces were gross. But the thing is, I’ve known men like Biden – too affectionate, perhaps, but empathetic, a trait we don’t usually associate with predators.

Of course, I’m making assumptions about Biden that conveniently align with my political interests.

I didn’t give Brett Kavanaugh the same benefit of the doubt, and that, too, was based on assumptions that aligned with my politics but felt right all the same. I’ve known men like him, as well: children of privilege, self-important and self-righteous, feigning indignation and raging at anyone who would dare sully his name.

Does that make me a hypocrite? Perhaps. But it also makes me human.

A book on political psychology called The Righteous Mind uses the analogy of an elephant and a rider. The elephant is heavy and dumb, representing impulsive reactions that pull us in a direction that usually but not always aligns with our values. The rider is our rational mind, the higher-order thinking we pretend controls our decisions but often is just along for the ride, making post-hoc rationalization for where the elephant has already taken us.

Pulling the elephant back when it’s gone off-course requires first acknowledging its existence. In this case, I don’t want Biden to be guilty, so I instinctively search for reasons he might not be. (And, it should go without saying, I’m also watching this unfold as a man, and all men should be very careful about judging Reade’s truthfulness in the absence of evidence to the contrary.)

There is one thing, though, that makes me wonder: In every other #MeToo scandal, one allegation has been followed by another and another. Powerful men abuse their power habitually. But no one besides Reade has accused Biden of assault. Not the women who spoke out against him last year. Not his former staffers or interns. Is it likely that Biden committed one sexual assault and never did it again? I don’t know.

Then again, is that the elephant talking, or the rider?