Any bottle shop cranking Run-DMC's "Sucka MC's" is my kinda bottle shop, and the Aardvark is just that. Only it isn't just a bottle shop, it's a full-service restaurant dishing out def eats with those def jamz. That it's nestled – hidden really – deep within the Crystal Lake 'hood only lends it additional cred. 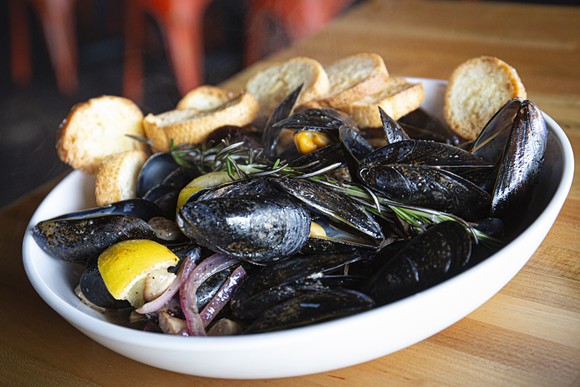 I mean, you'd never guess that some of the very best fare in the 32806 comes from a place where folks re-up on CO2 for their keggers. I know I didn't. But since taking over the Aardvark from Alynne Cordray and Ashlee Casserly (of A&E's Zombie House Flipping) early this year, new owners Emmie Olivecrona and Mark Solli seemed bent on serving more than just your average pub grub.

Enter chef Hugh Holland, former sous chef at the Whiskey and chef-partner at Fleming's Steakhouse on Sand Lake Road. Holland's been charged with laying the tracks under Aardvark's "gulf to grill" and "grove to stove" beats, and the man is flat-out killin' it. I wasn't expecting to see a methodical plating of diced ahi tuna ($14) over avocado crema circled by a pool of Thai chili-inflected ponzu. Neither did I expect the accompanying wontons to be so elegantly crisped, but there they were in all their crackly glory. There were exclamations of surprise at the table – pleasant surprise, which is the best kind of surprise.

"I also recommend the gayer Judy Garland," said our pleasant waitress through her mask. Seeing my furrowed brow, she repeated the suggestion, but eventually was forced to pull down the face covering. "The gator jambalaya!"

We didn't think something so swamp as gator jambalaya ($12) could be so refined, but Holland pulls off some Big Easy diablerie with this flawless hodgepodge. The soul of the dish is a Cajun mirepoix (that's peppers, onion and celery), but a block of housemade cornbread and Florida rice provided the base for wee bites of gator and andouille sausage to dance in a necromancy of flavors. There's a fair amount of heat to the jambalaya too.

This might be a good time for me to mention that there are more than 200 different beers at Aardvark from which to choose, and you'd do well to guzzle a brew after digging into the crawfish gnocchi ($20). The dish's fire comes courtesy of a subtly sweet "tornado sauce" fashioned from serranos, jalapeños and molasses, and presents NOLA-style cooking at its finest, cher. Get yourself some. 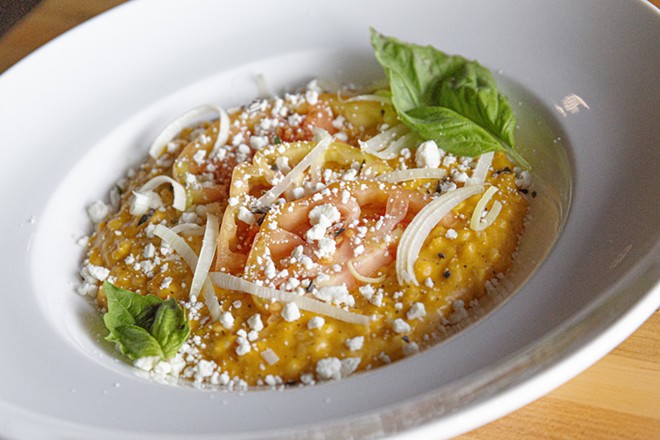 The most vocal oohs and ahhs, however, were saved for a speckled trout ($22), butterflied then folded atop a heap of Florida fried rice zinged with orange. It's the dish that had us nodding while we ate it, and talking long after devouring it. As we moved on to a plate of Key lime pie ($6), we wondered how, with dishes this good, the Aardvark has gone virtually unnoticed for so long. Maybe they were making like their namesake critter and shying away from attention? We also wondered, more out of jealousy, why our respective neighborhoods didn't have an Aardvark to patronize. Sure, the "gastropub" appellation has been widely appropriated, but the Aardvark embodies one in the truest sense of the word.

"It's like the Ravenous Pig inside a bottle shop," said my dining comrade, and I emphatically concur. In fact, if they ever tire of the "Aardvark" moniker, the "Ravenous Earth Pig" would certainly be fitting.