The artists staging a reading of 'After Orlando,' a collection of 70 short plays about Pulse, hope to provide empathy, comfort and healing

After the tragedy at Pulse nightclub that took 49 lives and injured 50 more, a group of over 80 playwrights from around the world responded by contributing to After Orlando, a collection of over 70 short plays that have been performed throughout the country and overseas. Now Mad Cow Theatre has collaborated with the St. Louis-based That Uppity Theatre Co. to present 15 of these plays as part of the Association for Theatre in Higher Education's conference in Orlando Friday, Aug. 9.

Joan Lipkin, artistic director of That Uppity Theatre Co. who spearheaded the operation, says art is one way to provide support to Orlando.

"If we were going to have our annual conference this year in Orlando, it seemed appropriate and necessary to witness and support this community as they move through their recovery and their efforts of healing," she says.

Orlando theater artists, including Mad Cow artistic director Mitzi Maxwell, director Monica Long Tamborello and actress Mandi Jo John, were moved upon hearing about After Orlando. A reading of the plays was produced previously in October 2016 by Margaret Nolan of Kangagirl Productions in conjunction with East Coast production companies at the Lowndes Shakespeare Center.

"It's overwhelming, the response and the support from around the world that people have been demonstrating since [Pulse] happened," John says.

"[Orlando] may be far away physically, but it's not far away emotionally," says Los Angeles-based playwright Jennifer Maisel. "Just because [the tragedy] was in Orlando doesn't mean that that community isn't part of my heart. It could happen anywhere. It does happen anywhere."

"This just felt like a way that I could make a gesture towards being useful in terms of acknowledging what happened and sort of contributing to the healing that needed to occur," Henry says.

Three years after the massacre, Maxwell, John and Tamborello agree that Orlando is still dealing with trauma. "Grieving is a long process," Tamborello says. "It doesn't happen overnight. It doesn't happen in just a year. It can take a lifetime. I think there are a lot of members of our community who are still grieving and will continue to grieve."

John, who lost several friends in the tragedy, says her grief is still fresh. 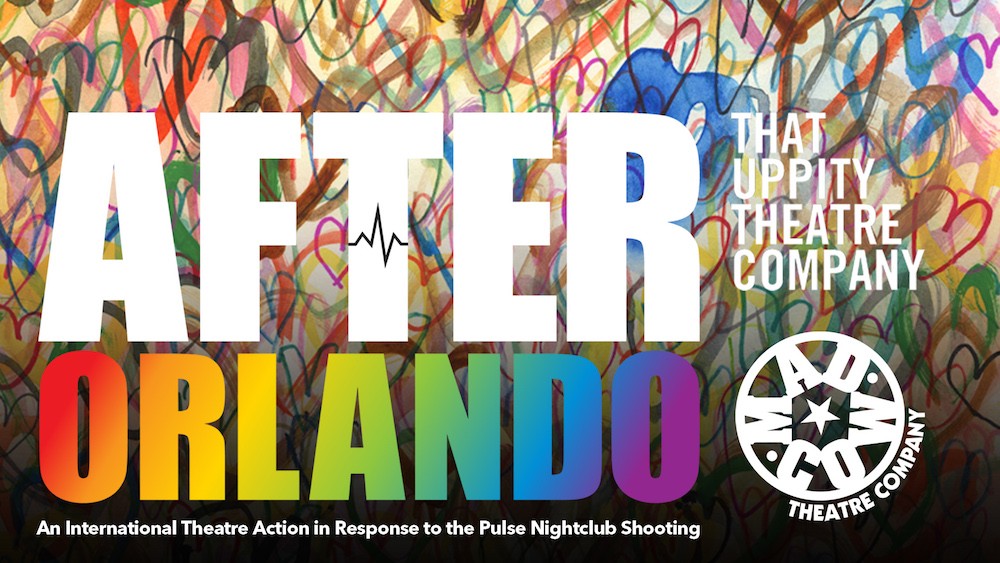 "The best that we can do is try to honor them and make sure that this never happens again for the reasons that it happened. No one deserves to go through what Orlando has gone through," she says. "No one."

"Sadly, we keep thinking that [the plays are] not urgent and necessary and then they are again," Maisel says. "What with the hate crime shooting [in Gilroy, California], what with the shooting at Tree of Life in Pittsburgh, that it is, sadly, still urgent."

The two-hour evening will include full readings of 15 short plays, each roughly three to eight minutes in length, with a talkback following the performance. The presentation features a cast of 10 actors guided by four directors. Lipkin says she decided to highlight Orlando playwrights David Lee and Paul and Leesa Castaneda by beginning and ending the readings with their plays.

The plays will feature a variety of different perspectives, including those of a sister burying her brother, workers charged with removing bodies and a fast food worker opening a restaurant to feed first responders.

Tamborello says she hopes the reading will promote empathy.

"The way we live right now is so politically divisive," she says. "I feel hearing people's stories is so important to learning to understand them."

John says she hopes exposing people to the piece will bring about reckoning.

Henry and Avila say that they hope the plays will provide comfort.

"I hope through this that Orlando will be flooded with love," Avila says.

After Orlando will be presented as part of the Association for Theatre in Higher Education conference on Friday at the Hyatt Regency Grand Cypress. Guests are encouraged to register for the free event with Mad Cow's box office.

–
This story is from the Aug. 7, 2019, print issue of Orlando Weekly. Stay on top of Central Florida news and views with our weekly Headlines newsletter.