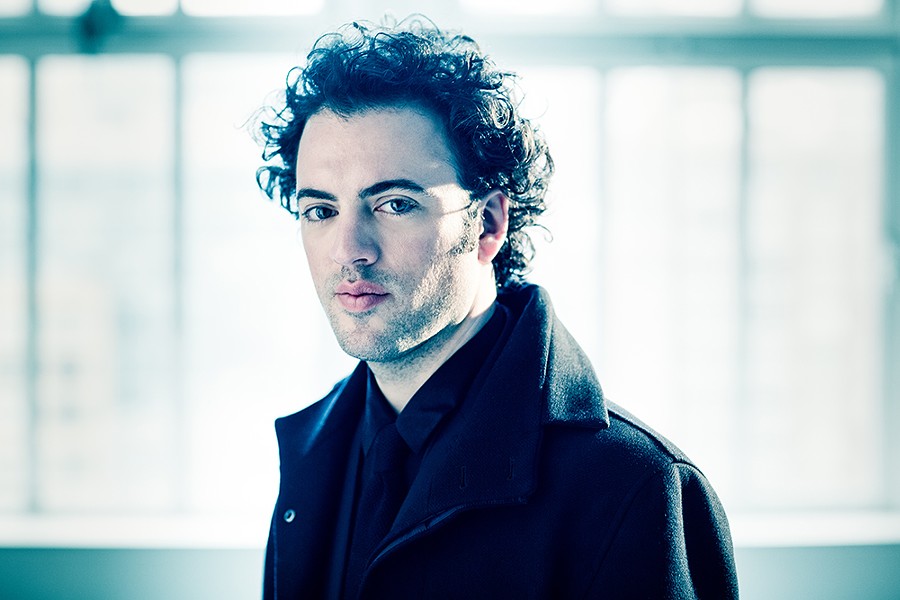 After a yearlong search, the Orlando Philharmonic Orchestra has a new music director, and what a breath of fresh air he is. Conductor and cellist Eric Jacobsen brings to Orlando the fluency in modern and avant-garde musics that a younger cadre of local classical fans has craved (yes, they exist) – he's a founding member of modern string quartet Brooklyn Rider and leads the innovative New York-based chamber orchestra the Knights. He's also just 33, a Brooklynite, a foodie and a digital native who tweets, Instagrams and makes Vines (good ones – take a look).

That's not to say he can't kick the hell out of traditional repertory, though. Raised by a professional violinist and a flutist, he was steeped in the classical canon from birth. (His family didn't bother buying a CD player until the 120-disc Jascha Heifetz collection came out.) Jacobsen's official debut concert is a four-piece program that includes works by Beethoven, Tchaikovsky and Ravel, and thus is unlikely to alienate the grayest heads in the season ticketholder circle, but it's the fourth piece on the program, a world premiere by Gabriel Kahane called Freight & Salvage, that has us on the edge of our seats.

"Gabe is known as a singer-songwriter and a classical composer – the double-sided nature of Gabe does lend itself to a communication to a younger audience and, let's say, [gives him] a first audience with classical music listeners," says Jacobsen of the program.

As for finding and serving those new fans, Jacobsen is optimistic. His five-year OPO contract means he'll have "time to marinate."

As the popularity of a current crop of festivals that combine modern classical performers with indie bands – like Big Ears, Ecstatic Music or Orlando's own Accidental Music Festival – proves, part of appealing to young audiences is exploring new venues as well as new compositions by living composers. The OPO's recent purchase of the Plaza ties directly into that aim, and Jacobsen is excited about it.

"When I was applying for this position, it was right after the Plaza had been purchased. How cool is it that an orchestra has a stage that is so versatile? ... I'm into the low-fi, high-quality." Jacobsen divulges that the OPO will present Mozart's two-act opera The Magic Flute at the Plaza "in six months or so."

"A place like the Plaza inspires a particular vision. You see the orchestra. You see the interaction. It's the beauty of honesty."

So, with all the goals of a new music director on the agenda – not just programming upcoming seasons, conducting concerts and working with the orchestra, but also finding new audiences and keeping current listeners energized – what happens with Jacobsen's other projects: the Knights, Brooklyn Rider, Silk Road Ensemble? He's even part of the second show of the Accidental Music Fest season Dec. 4, playing cello in an ensemble performing music by Steve Reich, Julia Wolfe and Michael Gordon. He's not superhuman, after all.

"No, I'm not superhuman," Jacobsen laughs, then says he plans to continue taking part in other projects unless or until it's not possible. "The current plan is that everything will stay tight and good. Orlando is my family, Brooklyn Rider is my family ... as I see it right now, everything fits."

His enthusiasm for Orlando is boundless. "The trajectory of this city is upwards and growing more than most," he declares. "I think the Philharmonic is a part of that, in terms of growth musically and artistically. It gives me pride."

"It's so ripe. It feels so ripe and so right to be there. I already feel pride that this group I'm with is helping the city to grow."

Maybe Jacobsen's approach to the OPO is akin to his philosophy of swimming in the ocean (see above): Rather than give in to any small fears, jump in and push yourself to swim as far out as you can.