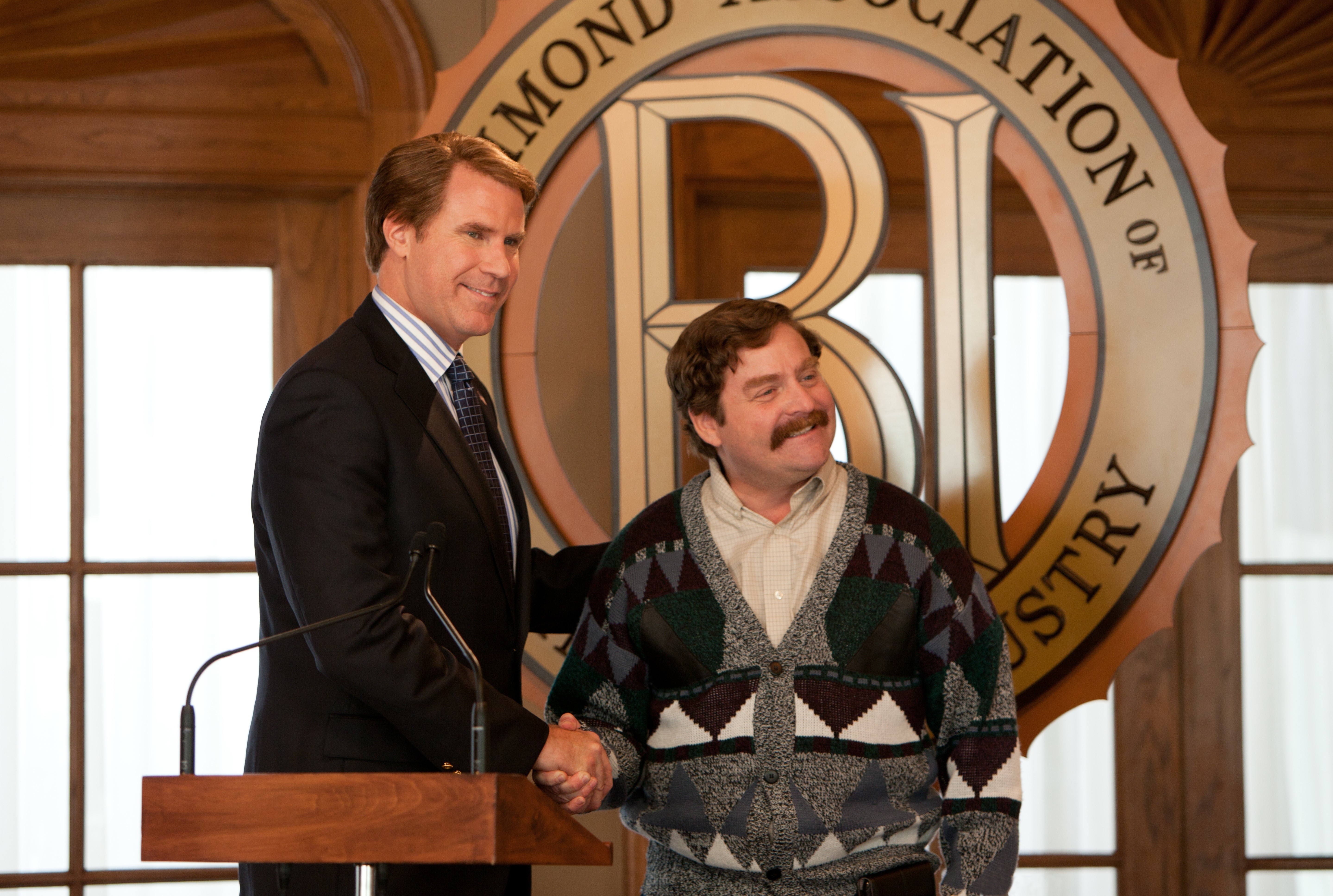 Political campaigns and movies both start with the best intentions. But as candidacies implode morally, films do so aesthetically. Will Ferrell’s latest comedy, The Campaign, simply runs out of good ideas and, like a nominee behind in the polls, starts throwing anything and everything at the voters/audience to see what sticks. Not much does.

Jay Roach (Meet the Parents, Austin Powers) directs, so one shouldn’t expect Wag the Dog or Dave, but some of the cleverness and honesty of Roach’s Dinner for Schmucks – arguably his best offering – would be nice. What we get instead are penis and fart jokes, heavy-handed and offensive sight gags, sexual shenanigans and a frenetic pace that doesn’t give the few genuinely funny moments any time to breathe.

Ferrell is incumbent Democratic U.S. Congressman Cam Brady. Despite his status as an incompetent slimeball, he is running unopposed for reelection in his tiny North Carolina district. After his popularity slips, two powerful CEOs (a miscast Dan Aykroyd and John Lithgow) concoct a scheme to draft a Republican challenger and force him to later turn control of the district over to China in order to exploit cheap labor.

That challenger is Marty Huggins (Zach Galifianakis), an unknown, slightly goofy local whose only claim to fame is running the local tourist bureau. Why the CEOs spend millions morphing Huggins into a slick politician, with the assistance of campaign manager Tim Wattley (Dylan McDermott) and Huggins’ famous father (Brian Cox), instead of finding a good candidate in the first place remains mostly unanswered. Yes, the believability is bolstered by endless cameos from the likes of Chris Matthews, Wolf Blitzer and Bill Maher, but Roach and writer Shawn Harwell (Eastbound and Down) don’t seem to care about plausibility as long as the setup produces Ferrell-Galifianakis schtick.

And that schtick is endless. Some are chuckle-worthy, some biting, but most are either stupid or in patently poor taste. Remember the baby punching seen in the film’s trailers, with the baby thankfully just offscreen? In the movie, Ferrell is shown actually punching the (digitized) baby – twice. Ferrell punches a dog, too (Uggie from The Artist, no less), and on a drunken binge, crashes a stolen police car into a cow. Yes, if you see just one political satire with child and animal abuse this year …

The Campaign does have a point to make: Politics has degenerated so far that virtually anything is possible. But in making that point, the movie becomes even dumber than the system it’s lampooning. And when it departs from farce and tries to show sweetness and morality, it misses the mark even more, despite the solid performance by Galifianakis, who again proves he’s far funnier than the overrated Ferrell. Sadly, even Galifianakis becomes the celluloid equivalent of the butterfly ballot by the end of the mercifully brief 85-minute runtime. Can we get Jimmy Stewart to filibuster this film?