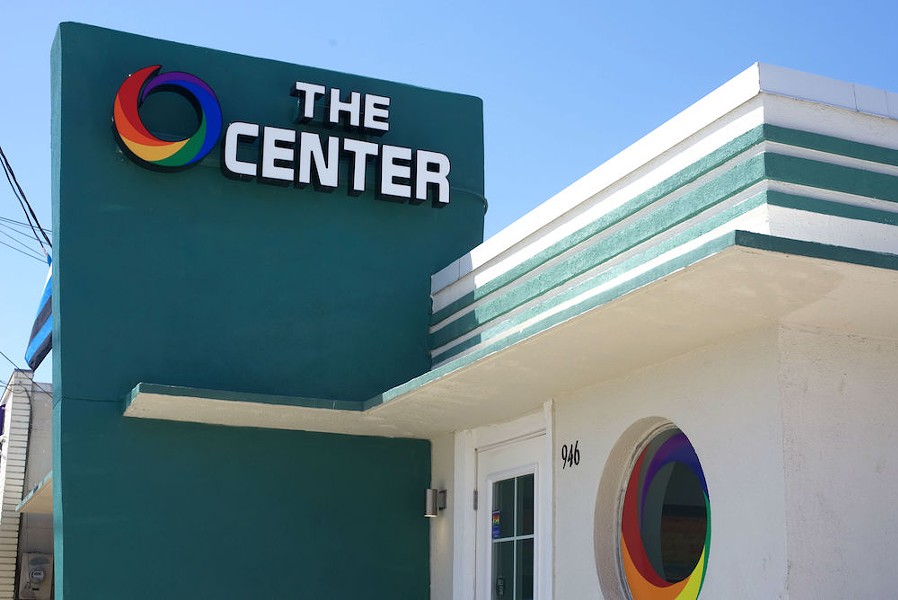 Before dawn washed over Orlando on June 12, 2016, before most city residents even came to grips with the massacre in their backyard at the gay nightclub Pulse, LGBTQ people were lining up outside the Center, as it's simply known, for a hug and a place to grieve.

As the days passed and the world learned more about the 49 victims, the Center at 946 N. Mills Ave. became the focus point for counseling, donations and a place to volunteer. Hundreds streamed inside the tiny building for a safe gathering space to mourn with others. Renovations that had been going on were put on hold as the LGBTQ sanctuary tried to meet the demand for help.

More than a year after Orlando's darkest day, the Center's leaders opened a newly renovated building last week with a ribbon-cutting ceremony. With a fresh coat of paint and new carpets, the 7,000-square-foot expansion includes three HIV testing rooms, conference areas, a cyber center, and a gathering room filled with comfy sofas, tables and a calming aura. Toward the middle of the room, wax candles created by artist Lindsay Lynch with the 49 faces of the Pulse victims glow among other pieces of rainbow art. The second floor, which was previously condemned by the city and had boarded-up windows, has also been renovated into a chic, airy space with several offices. The renovations were partially made possible with a $200,000 grant from the city.

"I'm over the moon," says Terry DeCarlo, the Center's communications director. "I can't keep the smile off my face. I walk into Starbucks every morning and I see people on their computers in the chairs doing work, and I want that here. I want people to come in here, come with their laptops, meet friends, enjoy the free WiFi, or sit down and have a conversation. I want people to feel like this is their home and they can come in here anytime they want, just to hang out."

The past year has been difficult for many of Orlando's LGBTQ leaders as they mourned Pulse, especially DeCarlo. Before the tragedy, the former executive director of the Center planned to leave Orlando on June 24 for a job in Miami as the Southeastern regional director for the AIDS Healthcare Foundation. When Pulse happened, he was one of the first advocates on the scene. As months passed, DeCarlo says he lost 40 pounds and slept little as he worked around the clock to respond to an inundation of media interviews and speaker requests and tried to take care of the needs of Pulse survivors, victims' family members and the local LGBTQ community. The extreme stress came to a tipping point last May, DeCarlo says, when he had a heart attack after being out with friends.

"When we came home, I felt like I had really bad heartburn," he says. "It felt like an elephant was sitting on my chest. My husband pulled me in the car and took me to the hospital."

After the scare, DeCarlo says he realized he needed to take a step back. In July, he stepped down as the Center's executive director to become its communications director, a specialization he feels more at home in.

"It was time to take a break and to step back and to look at myself for a minute because I wasn't doing that," he says. "You know, you're not Superman, you can't do it all. I was trying to take care of everybody else and make sure the community was where they needed to be. I wasn't taking care of myself. And so this gave me the ability to take a step back and reconnect with my husband. It gave me my sense of being back."

Aside from HIV testing, mental health counseling and community events, DeCarlo says the newly renovated Center will also be a gathering space for groups, offer online services like GED testing, and hold cooking and candle-making classes. Couples have already booked the space for a wedding and a baby shower. At the original 1,200-square-foot office, DeCarlo says he wants to install more conference space and a library with LGBTQ books and resources.

"We want to make this a one-stop shop for the LGBTQ," he says. "Basically, anything and everything people need, it'll be there. You won't have to go searching around town, you can just come to the Center."

Orlando City Commissioner Patty Sheehan remembers that back when the Center started 35 years ago, it was known as Gay Community Services and was originally meant to provide counseling for those struggling with their identity and assistance to people living with HIV/AIDS at a time of crisis and a shortage of services for gay people.

"For me, to go marching in one of Orlando's first Pride parades and seeing people put bags over their heads because they didn't want to be identified to now, to see that transition, has been really amazing," Sheehan says. "I'm accustomed to being hated, and it was harder for me to deal with being loved. I think we're all getting used to being loved now and accepted and we're not going to settle for being back in the closet or treated badly anymore."

State Rep. Carlos Guillermo Smith, the first openly gay Latinx lawmaker in the Florida Legislature, says after the loss of Pulse as a safe space, the Center is a critical hub of support for LGBTQ people and other marginalized communities. The Center is also crucial to fighting the HIV epidemic in the Orlando metro area, which ranks sixth among U.S. cities for the highest rate of new HIV diagnoses.

"The Center represents hope," the Orlando Democrat says. "People remember the Center for what it was to the community on its darkest day of our city's history. They remember this as being a place not only of solidarity but support to a community when we were at our most vulnerable."