The Creepshow singer Kenda Legaspi fills her own shoes 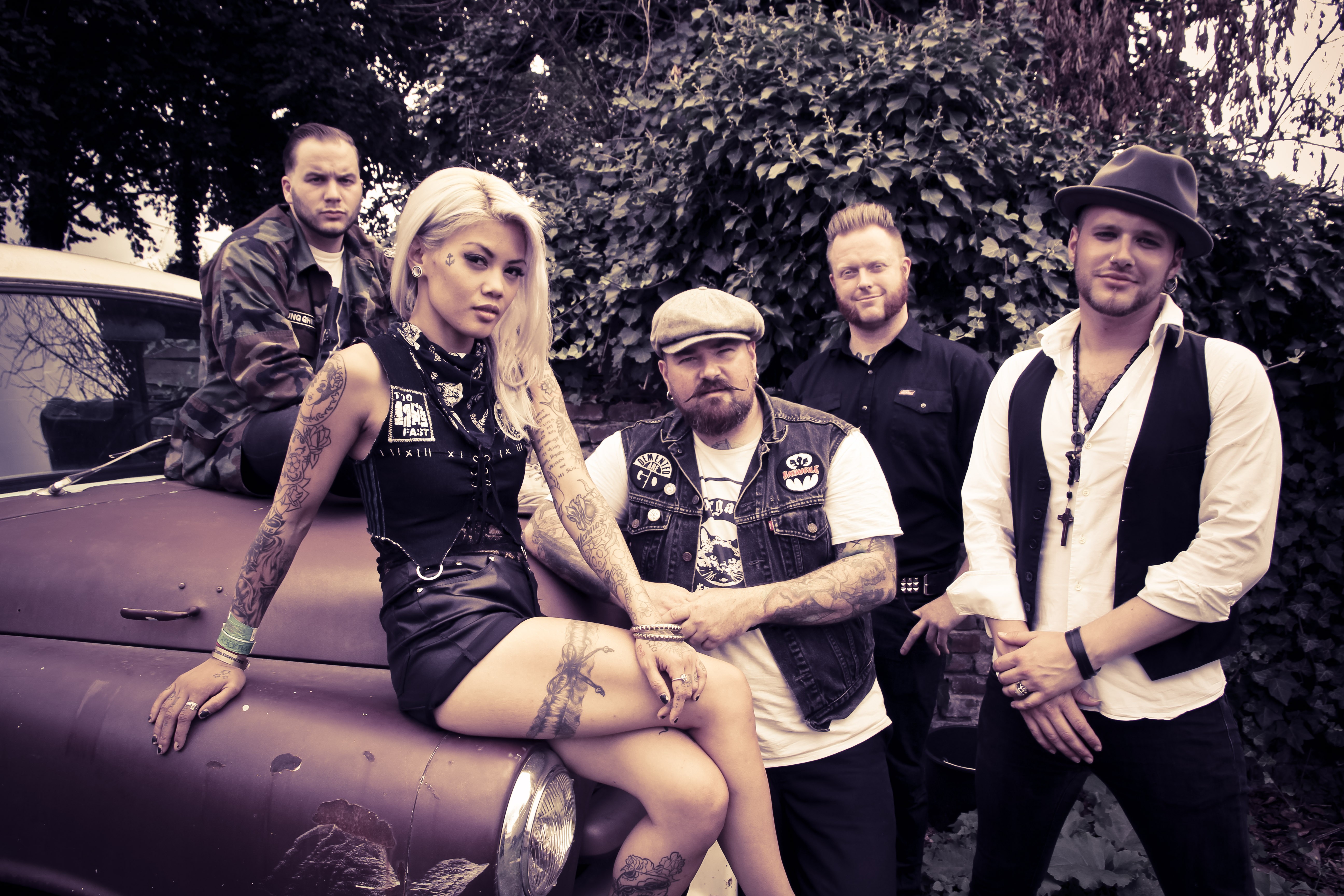 Slipping into a band as a replacement lead vocalist is generally one of those win-or-lose propositions. On one hand, you could have a Johnson-joining-AC/DC or Hagar-in-Van-Halen situation where the world accepts you, and the replacement gets to soak up glory and praise while invigorating the act. On the flip side, if a front man is as mighty and mythical as Glenn Danzig or Jello Biafra, fill-ins will be outright resented. To some degree, Kenda Legaspi tackled these issues when she joined psychobilly/punk outfit the Creepshow in 2012 as not just a replacement singer but a replacement for a replacement.

“[The experience joining] was nerve-wracking a little bit, not only just for the fact that I was replacing someone else but I was also joining a band that I had already been a fan of,” says Legaspi, 27, who, oddly enough, appeared in the video for the group's 2010 track “They All Fall Down” while being unaffiliated with the project. “A lot of people were skeptical, of course, as many people would be, but I tried not to let that get to me. Everyone always says, ‘Oh, you have big shoes to fill.’ I’m like, ‘Well, I don’t want to fill anybody’s shoes. I kind of want to put on my own.’”

Legaspi, who arrived in the wake of vocalists Sarah Nicole Blackwood and, earlier, Jen Blackwood, got her audition after she posted solo material to YouTube and a friend passed footage on when Creepshow bassist-vocalist Sean McNab spread word that Sarah was exiting the band. McNab checked out Legaspi's work and would soon bring her into the fold. “The Devil's Son” – the Legaspi original that McNab heard – would eventually make it to last October's Life After Death as an official Creepshow number.

“I'’m still mind-blown by it,” Legaspi says. “When we play it live and I see people singing it, I [am] like, ‘Is this really happening right now? ’Cause this is odd.’”

Being a replacement, one detail that works in Legaspi’s favor is the Creepshow’s status as a band residing in that gray area between rising and established, still yet to aesthetically hitch themselves to one notable vocalist. The Burlington, Ontario, act launched in 2005, and has built their name within niche scenes without the band ever experiencing big success that would push them into a spotlight. In all likelihood, the Creepshow won’t experience that massive breakout moment since they principally traffic in psychobilly, the horror-imagery-tinted, upright-bass-filled genre that’s high-tempo enough to appeal to strangers but rarely receives the exposure and press that reel outsiders in.

Another facet that makes this group a relatively easy fit for replacements is that the group’s sound is more brash than it is brooding, and Legaspi’s voice, which is raspier and rawer than her predecessors, fits the bill fine. A Creepshow vocalist serves as ringleader to the crowd as much as singer, and as keyboardist Kristian Rowles emphasizes, that element of enjoyment – both for the musicians and listeners – has been a trait the act has always focused on.

“The idea that has always been there is to put on a good show and make sure that everyone has a good time,” he says. “The music is so much fun. If the people in the audience aren’t having fun, then what’s the point?”