‘The End of the Tour’ is this summer's best conversation 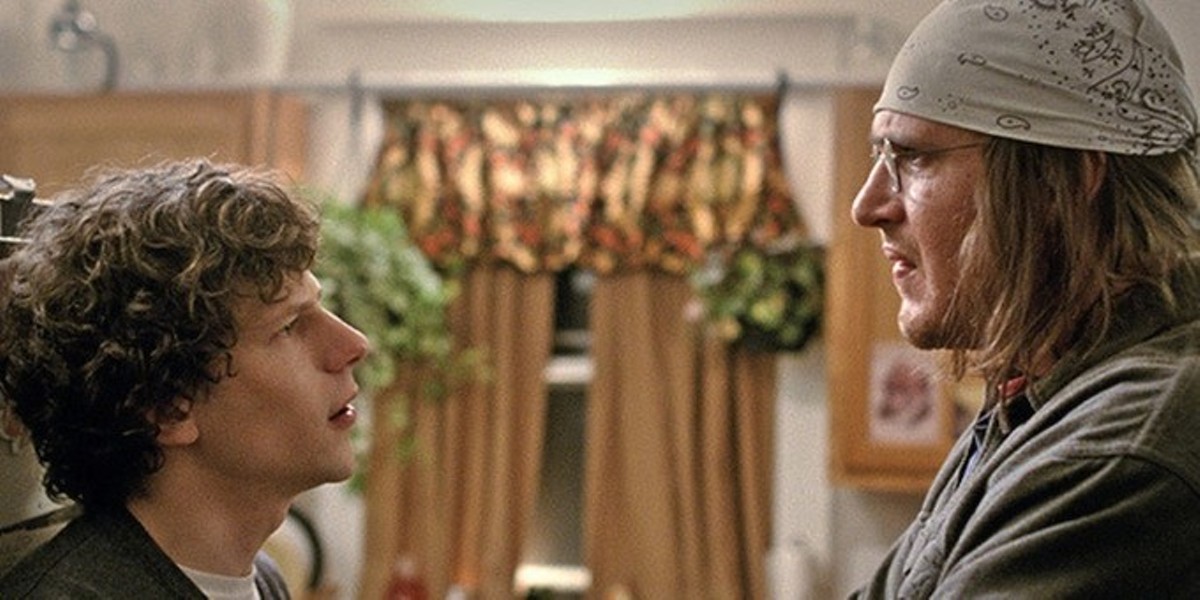 Summer was once the domain of family reunions, outdoor adventures and long, lazy conversations. Now it’s the season of the action blockbuster, filled with fake people from fake worlds who lack both a fear of death and the power to converse intelligently.

It’s films like Me and Earl and the Dying Girl, Mr. Holmes and now, even more significantly, The End of the Tour, that remind us of what we’re missing from almost all other recent flicks: a healthy dose of humanity. The latter is a unique, subtle, almost uncomfortably intimate look at the way we perceive ourselves and others.

Directed by James Ponsoldt (The Spectacular Now), the film dramatizes the now-famous five-day interview between young Rolling Stone writer David Lipsky (Jesse Eisenberg) and novelist David Foster Wallace (Jason Segel), during the final few days of Wallace’s promotional tour for his 1996 dystopian masterwork, Infinite Jest. Lipsky flies from New York to the snowy tundra of Illinois during the dead of winter to meet Wallace and bunk in his unassuming, shabbily decorated abode. They then journey together to Minnesota for the final leg of Wallace’s brief foray into fame, before he settles back into relative obscurity.

Though the film includes a few other characters – Joan Cusack is a nice addition as the driver who ferries Wallace to his gigs – The End of the Tour is My Dinner With Andre for this generation. Though it might not mesmerize you as instantly as that 1981 classic, you might be surprised at how difficult it is to look away, as you eagerly await each line, hoping either one or both of the participants in this journalistic tête-à-tête will reveal something extraordinary about inspiration, talent, the American way of life or, at the very least, their own lives.

Disappointingly or pleasingly – depending on what type of film you want – the movie doesn’t reveal anything particularly profound about the human condition, and it occasionally lacks tension. Lipsky and Wallace actually develop a strange bond during their verbal mastication. (This is no Frost/Nixon.) In addition, there’s almost no discussion of Infinite Jest, which might frustrate fans of the novel. We do get glimpses into Wallace’s insecurities and odd addictions, which would, of course, come back to haunt him 12 years later. But the film, more often than not, is content to just let us soak up a refreshingly real encounter while displaying two actors (particularly Segel) at the top of their game.

Written by Donald Margulies and based on Lipsky’s memoir, Although of Course You End Up Becoming Yourself, the film has been mildly criticized for interjecting unneeded conflict into the interview – conflict that perhaps never occurred. But it’s also been criticized for not packing enough dramatic punch. Not having read Lipsky’s memoir, I can’t comment, but judging from the contrasting opinions, it sounds like the screenwriter created a nice balance.

“The conversation is the best one I ever had,” Lipsky would reflect years later. It’s certainly the best cinematic one of the summer.