The famous night when Prince’s ‘Purple Rain’ was born 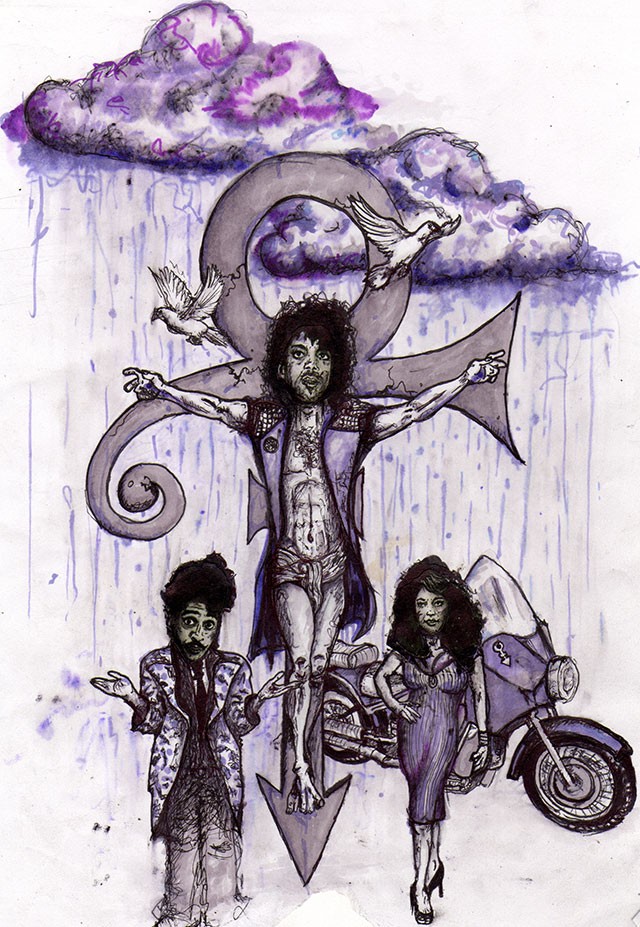 It was on that night that Prince debuted his new band (the Revolution), his new guitarist (Wendy Melvoin) and a half-dozen songs that were slated for inclusion on his upcoming album. The show, at Minneapolis’ First Avenue nightclub, was an unbilled “surprise gig” benefit for a local dance troupe, and although Prince gigs at First Avenue weren’t entirely rare at this point, it’s important to note that the show was taking place just a couple of months after Prince had wrapped up his world-beating 1999 tour.

The “Triple Threat” tour saw Prince – along with Vanity 6 and the Time – headlining venues like the Lakeland Civic Center and selling out multi-night stands at Atlanta’s Fox Theater and Chicago’s Masonic Temple Auditorium, all on the strength of massive MTV hits like “Little Red Corvette.” He was incredibly popular – so much so that the tickets for this secret show were gone as soon as they were available – but he was far from being a household name. Of course, all that was about to change – filming for Purple Rain would begin in the winter of 1983 – and the show that Prince and the Revolution played at the First Avenue on this August night wasn’t another run through the well-worn “Triple Threat” setlist, it was a marker signaling the official beginning of Prince’s ownership of the mid-’80s.

The show started (as nearly every Prince show for the next year would) with the ominous keyboard chord and preacher-intonation of “Dearly beloved, we are gathered here today to get through this thing called life …” Except, at this point, exactly nobody in the audience had ever heard “Let’s Go Crazy.” Nonetheless, despite a slightly muffed opening guitar chord from a clearly nervous Melvoin, the band blazed through the song like it was the electric anthem everyone had come to hear. Except nobody was there to hear that, and the crowd was, as longtime Minneapolis music writer Jon Bream described them in a piece for Minneapolis Star Tribune, “increasingly disinterested,” apparently unaware they were part of history in the making.

From there, the band rarely dipped into familiar territory; the version of “When You Were Mine” that followed was a slinky, raunchy, guitar-crunched take on the Dirty Mind track and was followed by – of all things – a psychedelic and emotionally wrought version of Joni Mitchell’s “A Case of You.”

Throughout the show, Prince and the Revolution would play five more songs intended for Purple Rain, including the versions of “I Would Die 4 U,” “Baby I’m a Star” and “Purple Rain” that would wind up (with slight overdubs) on the movie’s soundtrack. They also ran through “Computer Blue,” a track that Prince endlessly tinkered with throughout 1983 and 1984 (he recorded no less than four “final” versions of the song), and “Electric Intercourse” (which wound up being cut from the album to make way for “When Doves Cry”). While a few 1999 tracks were played, it was clear that Prince had all but completely moved on from that album. And although the thousand or so people who paid 25 bucks (in 1983 money!) for a benefit show probably didn’t understand why there was a mobile recording truck parked outside or why these new songs were so obviously rehearsed to the point of perfection, it all became clear the next summer when Purple Rain premiered and their beloved Minneapolis rock club – and the diminutive iconoclast who hit the stage that night – became the center of the pop-music universe.