The six best Orlando concerts of 2016 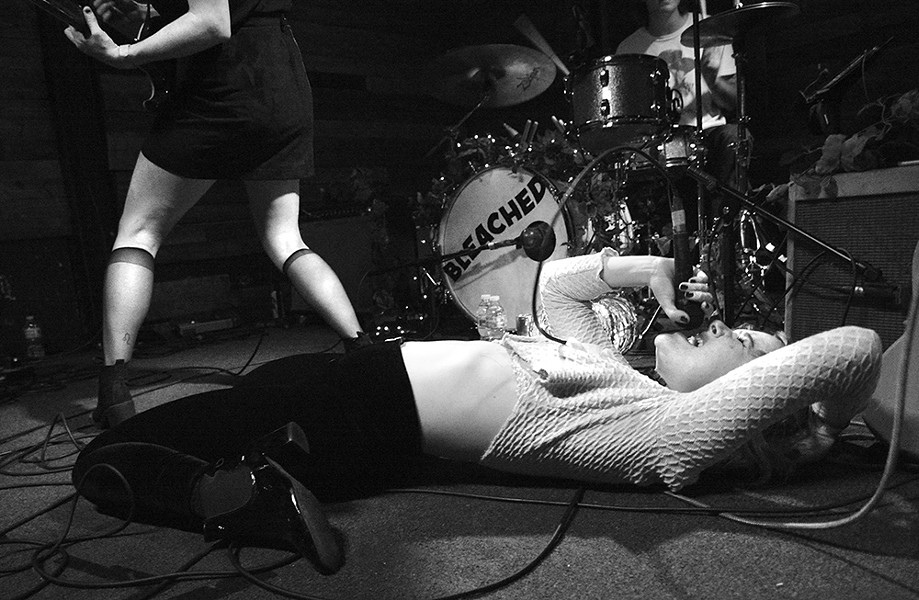 The concert documentation by our talented and dedicated photographers never ceases to amaze us; the ability to capture tiny details, gestures, unique facial expressions during a blur of movement and sound is a tricky dance. We've decided to turn the tables on the usual editorial-heavy "best shows" list and turn instead to the people who were out there, night after night, and see what really moved them.

The Beach Slang/Bleached tour was a double punch for me because both bands had been dominating my ear stream for the better part of a year. The intimacy of this show at Backbooth in mid-October was made more so by the unexpected lineup change as Beach Slang turned "their" set into a solo, but plugged-in, performance by headmaster James Alex. The heart punch of "Quiet Slang" was revelatory, but Bleached was just plain swoon-worthy. As if their sour-candy blend of surf pop and garage rock weren't enough to make us all weak in the knees, Bleached surprised with a bold confidence well beyond their years. Frontwoman Jennifer Clavin owned that risky road between sexy and sweet that few can master with such ease. She could dance around the stage, flinging her ponytail like a Go-Go, and then gyrate on the floor like a woman possessed. Beach Slang made our hearts swell, but Bleached made them race.

The Sh-Booms played the headlining slot of the evening as a part of the Swamp Sista La La event on the Free Fringe outdoor stage for the Orlando Fringe Festival at Loch Haven Park. It was a muggy, steamy Central Florida evening, and the Sh-Booms brought their funky, garage-soul party to a small but, very enthusiastic crowd.  Bassist Al Ruiz and the amazing drumming of Patrick O'Neal were in complete sync and simply cookin', while Mizz Bren had everyone up on their feet and in awe of her powerful voice; the rest of the band filled up the boilin' pot with a rich soul soup of horns, guitar and keyboards. The outdoor tent was on fire!