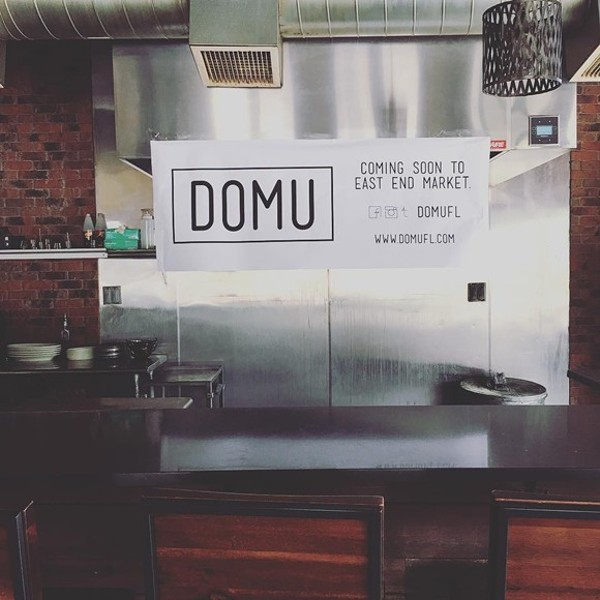 An Afternoon With Chef Andres, the brunch event of the summer, goes from 11 a.m. to 4 p.m. Sunday, July 31, at Norman's Orlando. Chef Andres Montoya will prepare pork belly French toast, steak and egg arepas, ceviche and various tapas items. A roasted pig carving station will be a draw, as will dessert stations. Plus: bottomless Veuve Clicquot mimosas, wine and cigars. Cost is $150, or $250 per couple.

Domu, a mysterious new concept (though something tells us it'll be Japanese-inspired) will open in the former Txokos space at East End Market this fall ... Circo Orlando, from the same folks behind famed NYC resto Le Cirque, will open in the spring of 2017 on I-Drive. The 10,000-square-foot restaurant will tower 120 feet above the thoroughfare and have a retractable glass roof ... James and Julie Petrakis (Ravenous Pig, Cask & Larder) and Brian Petrakis (Greens & Grille) will open the Polite Pig at Disney Springs next year ... Deadly Sins Brewing has opened on Jackson Avenue in Winter Park ... Look for Casa Barcelona to move into old California Burrito Express building on East Colonial Drive. The restaurant will serve wine and tapas ... DaVi Vietnamese Cuisine on East Colonial Drive near Hampton Avenue is now DaVi Cajun Seafood ... Chuan Lu Garden will open Chuan Lu Express, a second location near UCF.

The Adult Literacy League hosts the authors of the Jewel Box romance series as part of their Chocolate, Wine & Romance event at Lucky's Market on East Colonial Drive at 6:30 p.m. Thursday, July 21. The event is free ... Christner's Cutting Board Dinner Series continues Friday, July 22, with a wine dinner featuring Cakebread Cellars. Cost is $150 ... Also on July 22, the Hard Rock Hotel hosts Wine Riffs, featuring a five-course dinner with pairings from Banfi Wines. Cost is $125 ... Starting July 27, ABC Fine Wine & Spirits and Shipt will allow you to get beer, booze and wine delivered to your front door. Go to shipt.com/orlando for more.