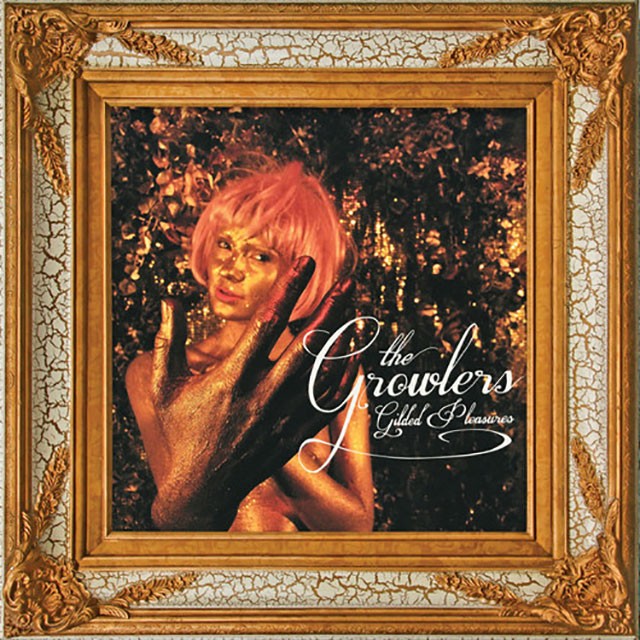 The Growlers – Gilded Pleasures
Everloving, Inc.
★★★★ (out of 5 stars)

The Warlocks could learn a thing or two from the Growlers about the importance of vitamin D. These surf-rockers eschew distortion and overdriven crunch in favor of twangy, trebly psychedelia. Sure, frontman Brooks Nielsen wields his own underwhelming monotone voice. But somehow, he injects it with vaguely sexualized swagger, particularly on “Hiding Under Covers” and the carnie-on-mescaline freakout “Ol’ Rat Face.” Nielsen gets uncharacteristically emotional on “Humdrum Blues,” laying bare his confused feelings about the girl he may (or may not) one day marry. And the Growlers embrace a heretofore-unexplored spaghetti Western sensibility on “Ego of Man.” That represents a lot of growth for a band so seemingly stuck in place. But don’t worry: “Tell It How It Is” straight plagiarizes Mungo Jerry’s 1970 hit “In the Summertime.” Get over the insult, though, and you’ll love the hell out of the song – and Gilded Pleasures. Basking in such dappled psychedelic sunlight, it certainly isn’t hard.