The voice of the voiceless

Over the past year, if you only read mainstream publications or watched local TV roundups, the news you probably heard about West Orlando painted it as an impoverished, crime-riddled blight holding back a city striving to be more than an international tourist destination. Briefs on juvenile shootings and sex trafficking, mixed with features about police brutality, dominated the narrative of neighborhoods like Pine Hills, Parramore, Washington Shores, Holden Heights, Callahan and the Mercy Drive Corridor. Black bodies lived and died, many shortchanged by drugs and violence.

However, if you happened to pick up a copy of the Florida Sun Review, Orlando's oldest African-American newspaper, you'd have seen something different. You might have recognized that the black community in Orlando is interested in hearing about more than the latest crime stats and that it's having its own dialogues about everything from economic development to personal achievement to politics. From a snug turquoise room in his home, Jim Madison, publisher of the Florida Sun Review, and his reporters clatter away at two computers, chronicling communities from Sanford to Kissimmee.

"We're going to be occupied for a while with the election year coming up and the Republican field," he says. "We're getting more and more black Republicans, which I don't think a lot of other black newspapers cover, but we do to be fair. The black community, like any other community, is not a monolith and those voices should also be heard."

The weekly paper is distributed for free in African-American churches, restaurants, barbershops and salons. In December, the Review's audience read stories on the continuing case of Sandra Bland, local church and HBCU happenings, the Democratic Party's treatment of Bernie Sanders, NAACP politics and the latest in African-American literature.

"The concept of a black press in America was started to tell stories from our own point of view," says Madison, who took over as sole publisher of the Review in 2007. "If there was a murder, the mainstream press and TV would do stories just using the police report, so we would do more in-depth reporting. We felt they were not being told correctly, and the Florida Sun Review won awards because we pointed out some of those discrepancies."

The tradition of providing a counterpoint to the mainstream media's portrayal of black life in Central Florida began with one of Winter Park's founders and the state's first black traveling salesman, Gustavus Christopher Henderson. 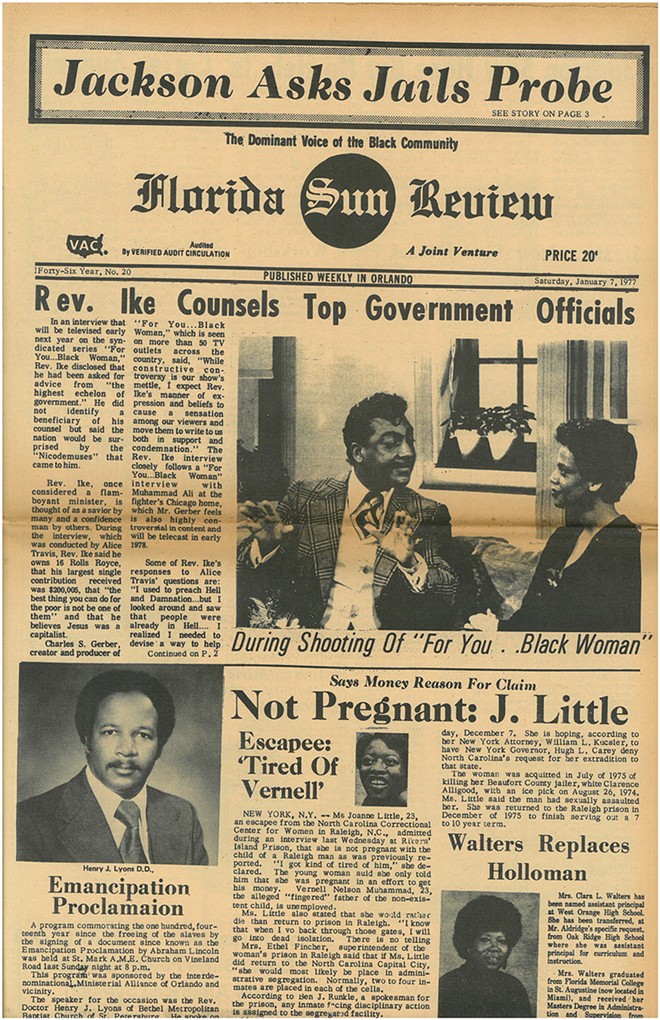