Dexter's is dead. Has been for a while. The aughts-era big shot of our food scene has been flopping about in various lifeless forms around the city, cavorting with the oblivious like the restaurant equivalent of Bernie Lomax. I won't bore you with the post-mortem details; all you really need to know is that the owners of Dexter's in Winter Park left their Hannibal Square location intent on a new start in new surroundings with a new kitchen crew. And so Dexter's was rebranded and reborn in a once-derelict quadrant of Winter Park revivified as the Ravaudage. I can only assume that Dexter's New Standard kept "Dexter's" in its name as a frame of reference and, by all accounts, it does – set a new standard, that is – 'cuz, Tucker, this ain't your grandfather's Dexter's.

In fact, the New Standard may very well be Winter Park's most eclectic gathering ground, thanks to its live music stage. Crowds vary wildly depending on the band playing, but the kitchen exhibits a consistency no matter the night (or day). You certainly won't find a menu like this at any other live music venue in town. The menu of "modern American cuisine" is overseen by Ryan McLaughlin (formerly of K Restaurant) and a couple of young culinarians – Ben Roche (1921, Smiling Bison) and pastry chef Lydia Murphy (Scratch, Smiling Bison, Osprey Tavern). On sampling tempura mushrooms ($9) at the breezy bar during lunch – lion's mane and comb tooth mushrooms procured from Nearby Naturals – that new standard became clear. The swirl of black garlic aioli; the fermented honey; the plating artistry: I liked this new Dexter's. 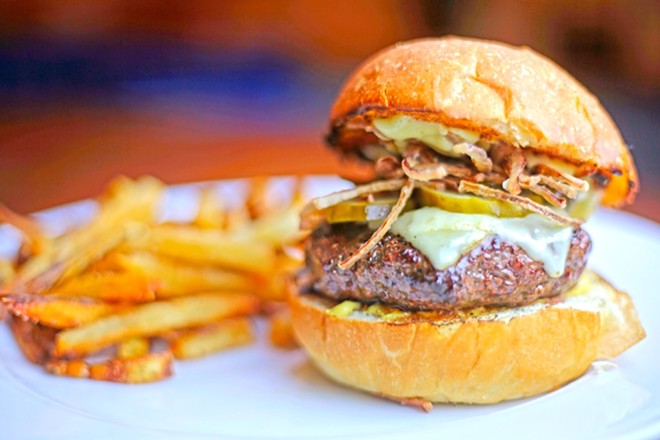 At dinner, overlooking the fountain outside, those mushrooms ($15), larger yet no less gladdening, drew us away from a rock shrimp ceviche ($15) lacking zing (and the promised octopus and tile fish). Plus, in a ceviche touted as being served "Peruvian style," I thought I'd see choclo or sweet potato or perhaps a splash of leche de tigre. They're not perfect, no, but I will say they strive to set the standard higher. A tepid beef bavette ($29) served on one visit was perfect the next, but even better was the teres major ($30), a cheap cut taken from the shoulder of the cow. It was tender as a filet, but way more flavorful. "Reminds me of venison," said the dinner comrade as the table shook and the cab franc sploshed with every cut. "Lean."

The wine list, BTW, is curated by local wine enthusiast Erin Allport, who also serves as the restaurant's director of operations. Local fish enthusiasts will undoubtedly be impressed by the hog snapper ($32), tile fish ($28) and red snapper ($31) – particularly the latter, with its smoked tomato and seafood broth. Swoon. From the raw bar, a half-dozen hammerhead oysters from Cape Cod were worth dropping $15 for; the ones from San Antonio Bay, not so much. Florida oysters often make it to the menu, no surprise given McLaughlin went to the Kevin Fonzo school of local sourcing. 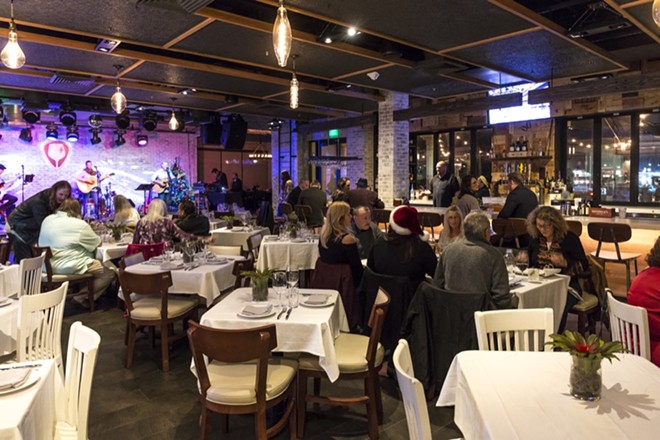 What also struck me about Dexter's V2.0 is they're not shy about introducing new flavors to the menu – falafel waffles, fish banh mi, lamb kofte, pulled duck. Staid this menu is not, and that goes for desserts as well. The strawberry tart with pistachio mousse and pickled strawberries ($13) is one of the best cappers you'll have anywhere. Alternating bites between it and Murphy's cherry bomb filled with a cherry gelée and laced with a black pepper gastrique ($13) proved wise. And soul-soothing, like the jazz and blues performance on this particular night. I've heard everything from proto-punk to contemporary Americana to funk on their stage, and the music only underscores the ethos of the restaurant itself – that Dexter's New Standard is anything but the same old song and dance.