The Orlando Phil performs the world premiere of a composition by Lisa Bielawa, 'Drama/Self Pity' 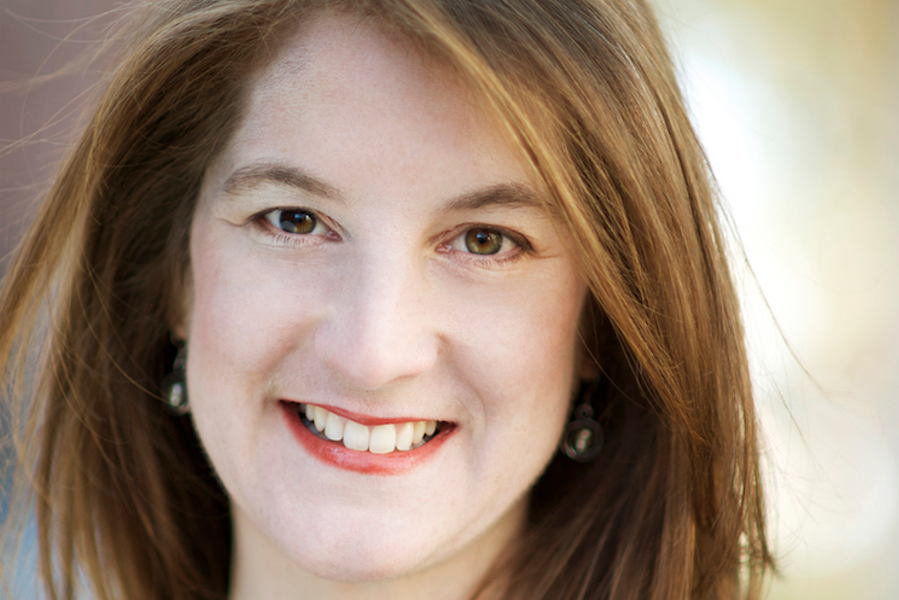 For composer Lisa Bielawa – who's also the intrepid vocalist of the motoric, usually wordless, high-decibel maelstrom of the Philip Glass Ensemble – there is no source of inspiration more empowering than words and literature, even for purely instrumental music.

This weekend, the Orlando Philharmonic presents piano superstar Emanuel Ax, on a program comprising Beethoven's Piano Concerto No. 2 and Egmont Overture, Mozart's Symphony No. 40 in G minor (performed by the Orlando Phil for the first time), and the world premiere of Bielawa's Drama/Self Pity, a short fanfare and instrumental ode to collective disgruntlement.

"It's a distillation of public dissatisfaction – one big long complaint," says the 2009 Rome Prize winner in Musical Composition, in a phone interview from her Manhattan apartment. Drama/Self Pity harks back to 2007's Chance Encounter, made for soprano Susan Narucki and the Knights, a path-breaking New York chamber orchestra formerly led by Orlando Phil music director Eric Jacobsen. For the Orlando concerts on Saturday and Sunday, Bielawa adapted and orchestrated one of the movements from the earlier vocal piece.

It all started back in 2005, when, in true experimental fashion, Bielawa set out to write her next piece for performance not in a concert hall but in a transient public space. As is her wont, she started devouring literature, casting about for the subject and text for the project.

As a musician frequently on the road, she became irritated by the noisy bustle at San Diego International Airport one day and almost gave up on her reading. But suddenly, "I had this light bulb go in my head like 'Wait a minute. I shouldn't be trying to shut everything out. We're all going to eavesdrop and we're going to set stuff we hear to music,'" she says. With their merry band of musical accomplices, she and Narucki spent the next 14 months eavesdropping on other people's conversations. It wasn't evil: These were public spaces – airports, checkout lanes – where people were being loud and vulnerable to curious spirits like Bielawa, who, notepad in hand, would jot down all kinds of conversational snippets.

She then started grouping the fragments into trends, one of which ended up being "this whiny group that I called 'drama/self-pity.'" When Jacobsen contacted her about a world premiere in Orlando, she thought of the energy behind all the snarling and griping in Chance Encounter and figured "it would be fun to make [it] into a symphonic piece, with the orchestra being a reflection of all this dissatisfaction."

For the Orlando Phil arrangement, which Jacobsen is conducting, Bielawa has reassigned all the whining to two solo trumpet players. "The full orchestra gets a chance to whine and complain but the trumpet players lead the charge," she says, continuing: "People use the word 'trumpet,' as in 'to trumpet your complaints,'" an explanation for how the trumpets came to be cast as the principal grumblers.

The griping is inspired by real-life one-liners, the likes of "It's not my fault," "I missed the announcement" and Jacobsen's own contribution, "Do you solve everything by crying?," which he overheard somewhere and promptly texted to the composer.

The conductor-less premiere of the original Chance featured Jacobsen tackling an extremely virtuoso solo cello passage, a vexing little homage from Bielawa, who has known him since he was 19. Back then, in 2004, Eric's brother Colin was hired to play violin in Bielawa's Hurry at Carnegie Hall, and she met Eric through Colin. Over the ensuing 13 years she has written 10 pieces that involved at least one of the two Jacobsens.

"One of the great things about Eric is that he's very collaborative," says Bielawa. "He leads with the force of his charisma and opens up the process. The fact that he's having me there for rehearsal is unusual – to hear the players and respond and interact."

"Even though the melodies and harmonies might be different, my process is similar to Beethoven's," she says, referring to the way she manipulates nuggets of melody to make combinations that drive her music, similarly to Beethoven's development of motifs.

But the real fun is the quirky origin of Drama/Self Pity, a deliciously unorthodox move from an Orlando Phil on a streak for new and contemporary music this season. For Bielawa, headed to Florida for only her second time ever, the premiere is all about the "love of ordinary people exposing themselves in the public sphere. There's something kind of tender about that."