Films from around the world went mostly unnoticed this year 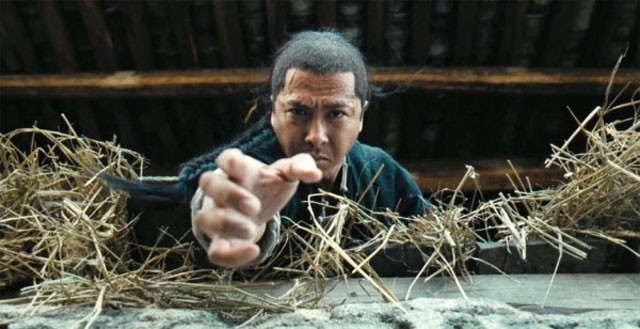 It's that time of year again – every magazine you read proffers its version of the "best" stuff of the year, juggling the order of mostly the same 15 or so films. But what about all of those other films we loved this year? Don't those deserve a list, too? We think they do, so here's ours. Needless to say, you'll find no Lincolns here, nor any queens of Versailles or Bagginses, precious. Instead, you'll find subtitles (lots!), a feel-good beat to dance to, kids becoming adults, adults becoming kids and considerable doses of badassery from both Willem Dafoe and Donnie Yen. Here's our selection of 2012's most underrated films from around the world.

Dragon (directed by Peter Chan, available on video on demand) Dragon didn't need any title at all for fans of the actors in this film – "The movie with Donnie Yen and Takeshi Kaneshiro" would have been enough to make some of us plunk down the VOD money and get watching this Chinese martial arts flick. I could watch Donnie Yen's stoic, almost heartbroken, fighting all day long, and his moves are as brilliant and unassuming – and deadly – here as they've ever been.

Girl Walk // All Day (directed by Jacob Krupnick, girlwalkallday.com) Girl Walk wasn't something I ever envisioned myself watching, never mind loving. Set to the 2010 Girl Talk album All Day, this strange dance opera straddles the five boroughs of New York. It's a pure, fluffy dose of cultural confectioner's sugar to balance out all of those cultural vegetables we've consumed this year. Anyone who can sit through this film without a grin may be irredeemable.

Holy Motors (directed by Leos Carax, coming soon) Nothing makes a bit of sense in Carax's surrealist-absurdist masterpiece, but if it did, it would almost be a crime against cinema, so brilliant is its outcome. This French film works better the less you know going into it, but rest assured: You'll either love it for its left-field inventiveness, or hate it for its strange, reckless meandering.

I Wish (directed by Hirokazu Koreeda, available on DVD, Netflix) Koreeda is one of the best working directors in the world right now, especially when it comes to working with kids. In I Wish, a film about a boy separated from his brother after his parents divorce, he creates a delicate, free-wheeling adventure based around the power of believing in wishes – or at least the silliness that comes with wanting something so badly that believing in wishes seems worth the risk.

The Kid With a Bike (directed by the Dardenne brothers, coming soon) This Belgian directing duo just doesn't do it for me – usually, anyway. I went to see Kid out of a sense of obligation and walked out crushed and astonished by the heartbreaking yet oddly uplifting story of an abandoned kid who lands on the wrong track, even when he's rescued from a youth home.

Safety Not Guaranteed (directed by Colin Trevorrow, available on DVD and video on demand) From the producers of Little Miss Sunshine, this movie follows a reporter who goes out to interview a man who takes out an odd classified ad, seeking a companion for time travel. The film surprises with its heart and its unexpected turns.

The Story of Film: An Odyssey (directed by Mark Cousins, available on DVD) The sheer size and scope of this collection, running over 15 hours from the birth of film until today, deserves shouting from the rooftops. Cousins is no timid observer, calling early films out for their racism, and he picks apart the radical social, religious and emotional tides captured by the likes of Pasolini and Bergman as well as directors you've never heard of before. The Story of Film is stark and declarative in a way that doesn't force you to agree with its findings, but it's also authoritative in its overwhelming research. No mere history, it takes a stand about what great cinema is while helping the viewer to do the same.