The Pack A.D.’s cohesive ‘Do Not Engage’ expands the duo’s palette

Album review: The Pack A.D.’s ‘Do Not Engage’ 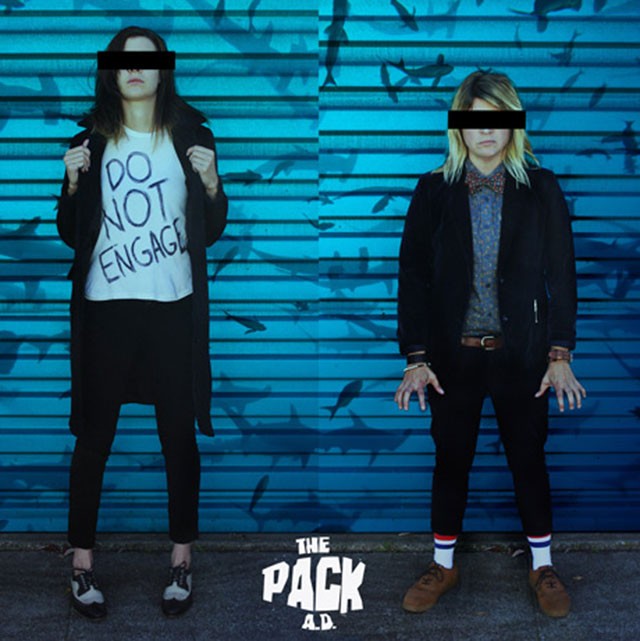 Vancouver’s the Pack A.D. whittles its gritty power-duo dynamic to an even sharper point on Do Not Engage. Becky Black and Maya Miller’s early work skewed heavily toward garage-blues, and the opening vibe of “Airborne” immediately reveals the nuanced way that producer Jim Diamond expanded the band’s palette. But the raw rock train still barrels out of the station on the entire first half of Do Not Engage, with “Big Shot,” “Animal,” “Creepin’ Jenny” and “Battering Ram” combining to loose an unstoppable black-clad strut. “The Water” stomps similarly while adding a gleaming patina to the snarl of Black’s pipes and the pummel of Miller’s drums. But then the Pack A.D. do a complete 180 on the rootsy, Southern-fried “Stalking Is Normal.” That’s quite a statement from two of rock’s most self-assured women, which is perhaps why they follow it with the sparse, smoky swirl of “Loser” and “The Flight.” If you haven’t noticed, sequencing reigns supreme on Do Not Engage, all the way through the grungy sprint of “Rocket” and the dreamy haze of “Needles.” Such a cohesive record is rare these days – even rarer still from a seemingly primitive guitar-and-drums setup.