The Perks of Being a Wallflower 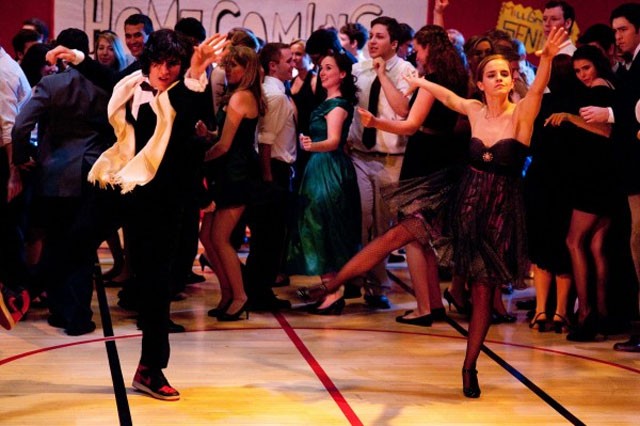 The Perks of Being a Wallflower

One of the signature scenes of The Perks of Being a Wallflower – the film adaptation of the 1999 young-adult novel by Stephen Chbosky – involves depressed 15-year-old Charlie (Logan Lerman) riding in the back of a truck with his new friend Patrick (Ezra Miller) and new crush Sam (Emma Watson). Arms outstretched, he revels in David Bowie's "Heroes" — just one of several Gen X classics that give the film's mixtape vibe its integrity — blaring from the cab. "I feel infinite," he says, beaming.

Cheesy, but anyone who has cranked that song has felt infinite at that moment, too. And anyone who has ever felt as troubled as Charlie can appreciate his absorption of the anthem's nothing-to-lose self-empowerment, and his need to feel connected to the universe. Perks resonated with a generation of readers not only for its coming-of-age themes, but the authenticity and sincerity of Charlie, who narrates the book through a series of unaddressed letters, depicting one unpleasant adolescent episode after another.

As such, the fate of the movie version rests less with director/writer Chbosky – who skillfully loses little in the transition from book to film – than with Lerman. He must be shy but likeable and selfless – we must see why Patrick, Sam and one million readers are so taken by Charlie – and once Lerman finds his footing, he carries the film with just the right amounts of nuance, charm and angst. While the post-Hermione Watson feels uninspired here, Miller nearly steals the film as Charlie's flamboyant BFF; in a nice reversal of gay/straight roles, he's a source of allegiance for the timid Charlie.

"We accept the love we think we deserve," says Charlie's English teacher (Paul Rudd), another loaded line that still manages to diagram the emotional walls of adolescence. And when the characters step away from or tear down those walls, they become heroes, if just for one day.