The Republican Party appears simply incapable of decoupling itself from extremism

Fables of the insurrection 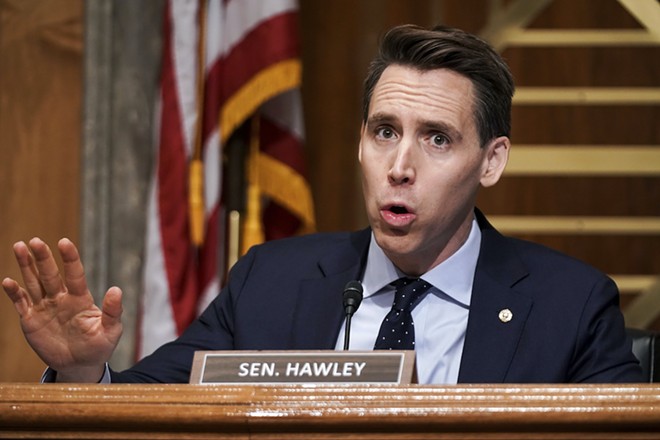 Last Wednesday, the Department of Homeland Security issued a bulletin warning of a heightened threat from “ideologically motivated violent extremists with objections to the exercise of governmental authority and the presidential transition, as well as other perceived grievances fueled by false narratives.”

That day, Senate Republicans announced that they would seek to delay the confirmation of Alejandro Mayorkas, President Biden’s nominee for DHS secretary. Their demand for additional hearings focused on Biden’s immigration policies. But the bulletin was soon added to the outrage machine.

Since the Jan. 6 insurrection, Hawley has turned “cancel culture” into his raison d’être. Calculating to his core, he was the first senator to announce he’d object to the election results. As soon as he discovered that actions have consequences — mentors abandoning him, funders jumping ship, a Florida hotel canceling his fundraiser, Simon & Schuster dropping his book deal (it was picked up by conservative imprint Regnery), his state’s two largest newspapers calling for his resignation — Hawley climbed on every soapbox he could find to complain about censorship, most notably claiming the cover of the New York Post to whine about being “muzzled” by “corporate monopolies and the left.”

Hawley’s appearance on The Ingraham Angle fell in this vein. After railing against the “woke leftist mob,” Hawley said of the DHS warning: “If this is just some attempt to amass power and go after the civil liberties of law-abiding Americans, we’re gonna have a big, big problem.”

There are legitimate concerns about turning an infrastructure conceived in post-9/11 anxiety inward or passing legislation to criminalize domestic terrorism. As 135 civil liberties groups pointed out in a letter to Biden, new powers will ineluctably “be used as vehicles to target black and brown communities.” After our recent brush with authoritarianism, caution is warranted.

But that’s not what Hawley’s getting at. (He denounced Black Lives Matter as a “woke mob” attack on Trump supporters.) He’s cynically conflating a warning about “violent extremists” with a crackdown on conservatism. Not unintentionally, he’s feeding the same paranoia and grievance that gave rise to the DHS warning in the first place — and propelled Trump to the White House four years ago, and that Hawley hopes will take him there four years from now.

This illustrates a fundamental problem central to our political morass: The Republican Party cannot decouple itself from extremism.

The day before, Hawley and 44 of his Senate colleagues voted to dismiss the impeachment charge against Trump without a trial. Many coated their votes in a veneer of high-minded constitutionalism or calls for national unity, wringing their hands about how divisive it would be to make the former president account for his sins.

Never mind that Trump peddled ludicrous conspiracy theories to convince gullible supporters that the election was stolen. Never mind that Trump tried to coerce Georgia officials into “finding” 12,000 votes, or that he nearly fired the acting attorney general so he could appoint a lackey who would make up evidence of fraud. Never mind that 147 Republicans tried to subvert democracy while the bodies of those who died at the Capitol were still warm.

Never mind that Trump’s administration looked the other way as white supremacists became the country's most dangerous terrorist threat, instead dispatching paramilitary goons to snatch BLM protesters off the street and throw them into unmarked vans. And never mind that for four years, Republicans not only tolerated but celebrated Trump’s mendacity and demagoguery, the party’s leaders abandoning any pretense of principle to grovel at his feet.

Last week’s vote couldn’t possibly have been rooted in their desire to sweep their indulgence of extremism under the rug, could it? Perish the thought.

Here’s the thing: Extremism is a cancer. Left untreated, it spreads. The more it spreads, the harder it is to eradicate, and the more dangerous it becomes. By voting against a trial, Republicans decided that the short-term benefit of letting the tumor run wild was worth the long-term damage it will inflict on our republic.

The inevitable result of such a mindset is politicians like Rep. Marjorie Taylor Greene.

The Georgia representative made headlines last week for being even nuttier than we already knew, and we knew plenty: She believed Sandy Hook Elementary, Parkland High, and 9/11 were false flags, Hillary Clinton was a satanic child killer, and — a QAnon classic — top Democrats were part of a global pedophile cabal. She chased Muslim lawmakers through the Capitol in 2019, insisting they swear their oath on the Bible instead of the Quran. She compared BLM protesters to neo-Nazis. And so on. 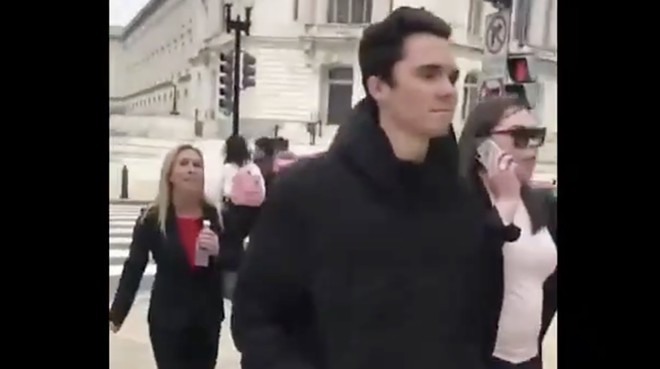 The latest revelations had Greene cheering calls for the executions of Nancy Pelosi, Barack Obama, and Hillary Clinton, harassing Parkland survivor David Hogg and calling him a coward, and claiming the Las Vegas massacre was the work of gun-control activists. Oh, and a personal favorite: She speculated that the 2018 California wildfires were caused by nefarious space lasers. There were “too many coincidences to ignore,” she wrote on Facebook. Indeed.

(Taking a cue from Josh Hawley, Greene blamed the media for trying to “cancel me and silence my voice” because “I’m a threat to their goal of Socialism.”)

House Minority Leader Kevin McCarthy responded to this news by promising to give her a talking-to, then hopping on a plane to Mar-a-Lago to pay penance for saying Trump “bears responsibility” for the insurrection.

Democrats have called for Greene’s resignation, removal or — at minimum — censure. But that seems unlikely. Given another opportunity to confront the extremism they’ve inculcated, Republicans have so far shrugged, unwilling to give in to what Hawley would call the “woke mob” or risk incurring the base’s wrath. Instead, McCarthy awarded Greene a seat on — I shit you not — the House’s education committee.

The cancer continues to spread.

Get Informed Dissent delivered directly to your inbox. Subscribe today at billman.substack.com.