The Republican war on women explodes in Florida 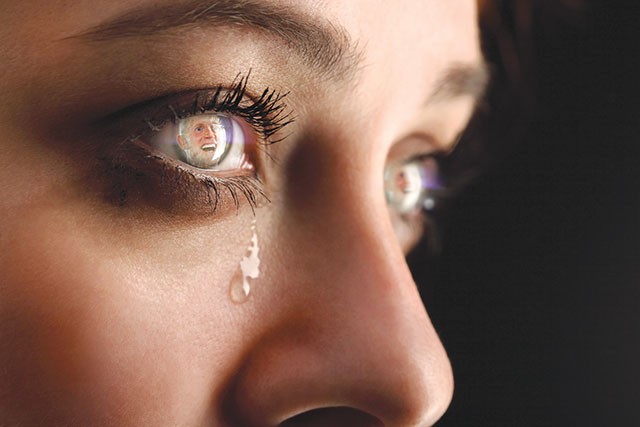 “Rick Scott cannot run from his record on women’s issues – in our latest ad, ‘Extreme,’ we are holding Rick Scott accountable for his efforts to restrict women’s access to healthcare and refusing to support new laws that ensure equal pay for women. Charlie Crist respects and trusts Florida women and as governor he’ll fight for them – and we know he will, because he’s done it before.”

While much of the country spent a few silent moments last week remembering a September Tuesday that would go on to launch a war with Iraq – and a few more moments grousing about whether President Barack Obama was about to launch another war, this time on the strange blob of anger called ISIS – the Charlie Crist campaign was invoking a different war altogether. Remember that time back in 2010 when Crist vetoed the mandatory ultrasound bill that applied to all abortions (except those involving rape, incest or human trafficking)? You do now. That “war on women” thing isn’t going anywhere, Republicans.

On Sept. 9, Crist rolled out his “Extreme” ad buy – currently saturating a flat-screen near you with cold stares and animus – in which a number of women soberly list their concerns with a governor and a party that have made money and votes out of that rancid thin air called misogynistic entitlement. “When it comes to doing what’s right for Florida women, Rick Scott has been wrong every single time,” says the last woman in the commercial. And it’s really hard to argue on that point. Scott did, after all, sign said ultrasound bill the year after Crist vetoed it; he defunded rape crisis centers; he fought the birth control mandate written into the Affordable Care Act; he scared everybody so much that nobody even has sex anymore because … ugly. Rick Scott, says every breeze blowing throughout Florida, is not very kind to women, politically speaking. And he’s not really shying away from that either.

While all of this hell-hath-no-fury bluster was pumping out of the Crist corner, Scott was campaigning with lovebucket New Jersey Gov. Chris Christie and U.S. Rep. Steve Southerland, R-Panama City, as if nothing unladylike were going on. Somewhat hilariously, Southerland sort of personifies the latest Democratic ladyparts offensive. He’s been catching (national) hell for an invitation to a men-only, not-at-all-gay fundraiser back in March that included this little bit of sexist syntax: “Tell the Misses not to wait up because the after dinner whiskey and cigars will be smooth & the issues to discuss are many.” Yikes!

Confronted by the Tampa Bay Times on the trail about that and the fact that he’s running against a woman, Democrat Gwen Graham (daughter of Sen. Bob Graham), Southerland dug his own manhole a little bit deeper:

So it would only make sense that Crist – who is in a dead heat with Scott in the polls for reasons far too broad to go into here; i.e., people are dumb sometimes – would seize on the opportunity to remind Florida’s female population that, even as a former Republican, he’s generally not one to be a dick on women’s issues.

To help convey this message (especially over the fray of robocalls that Republicans have been issuing in which Crist is heard saying he’s “pro-life” because that’s what Republicans did when he was a Republican), Crist enlisted his Lieutenant Governor running mate Annette Taddeo – along with Planned Parenthood PAC treasurer Barbara Zdravecky – to host a press call on Sept. 9 announcing the new ad campaign and taking the predictable questions about flip-flops in the summer. The dynamic duo were quick to make sure that questions about Crist focus on what’s right here and what’s right now. Planned Parenthood issued specific questions to candidates before endorsing them – it has endorsed Crist formally – and Charlie was the right guy in this very moment.

“Right now Charlie is really clear on all of our issues,” Zdravecky said, adding, “Right now, in the world that we’re living in, Rick Scott has had a disastrous effect on the state and the women who live in it.”

Jesus Jones was not playing in the background.

Anyway, staunch Scott supporter state Sen. Anitere Flores, R-Miami, came to her idol’s aid in an awkward manner. Asked about Scott’s anti-choice, anti-woman record, she offered this as a sort of Babelfish interpretation.

“This issue isn’t anti-woman. This is about a new life,” Flores told the Miami Herald. “Technology and medical advances have gotten to the point to say this baby, this fetus is alive. And the courts have ruled that a state has a compelling interest in protecting the child, protecting the life of the unborn.”